For those who are not familiar with a ketogenic diet, it is a low-carb diet that can reduce lower high blood glucose levels. For that reason, it is a popular diet among those with type 2 diabetes, a health condition that adversely affects how the body processes glucose. This same applies to those with type 1 diabetes, which results in the pancreas producing an insufficient amount of insulin. All in all, both forms of the disease can make it challenging to maintain healthy blood glucose levels. That said, if you have type 1 diabetes or if you’re overweight with type 2 diabetes, a ketogenic diet, which entails consuming foods rich in dietary ketones, might be worth considering.

EVERYTHING YOU NEED TO KNOW ABOUT A KETOGENIC DIET

First and foremost, the ketogenic diet is nothing new as it has been around since the 1920s. The diet entails consuming fewer carbohydrates while increasing your intake of fat and protein. According to harvard.edu, the official website and publishing arm of Harvard University, the ketogenic diet was initially used to treat epilepsy in children. However, it later became a go-to for treating cancer, polycystic ovary syndrome (PCOS), diabetes, and even Alzheimer’s disease.

Also, many of these same study participants saw marked improvement in their A1C levels. For reference, the higher the A1C levels, the more likely an individual is to maintain healthy blood glucose levels long-term. Similar results were also observed in a study published by Nutrition and Metabolism.

The study showed that individuals with type 1 diabetes who followed a ketogenic-based diet saw a significant reduction in their blood glucose levels and an increase in A1C levels at the end of a 2.5-year study. Several other equally credible studies revealed that following a ketogenic diet can also benefit those who do not have diabetes but want to achieve a healthy weight.

HOW DOES CONSUMING FOODS RICH IN DIETARY KETONES CONTRIBUTE TO WEIGHT LOSS?

To better understand how foods rich in dietary ketones can contribute to weight loss, we should first take a moment to familiarize ourselves with them. In short, ketones are chemicals that form in the liver and derive from stored fat. They also serve as an alternative energy source for multiple cells in the body.

To expound on that even further, the average person who is not following a ketogenic-based diet should get 45 to 65 percent of their total calories from carbohydrates, according to health.gov, a health insurance exchange website operated by the U.S. federal government. Although consuming enough carbohydrates can contribute to better overall health, doing so doesn’t help with weight loss. Instead, it can cause you to gain even more weight.

When an individual consumes less than the recommended daily intake of carbohydrates, the body ultimately turns to ketones for energy. The more this happens, the more weight an individual stands to lose.

To further put this into perspective, let’s take a closer look at how consuming fewer carbs impact the body. Whether you’re trying to shed a few pounds for health reasons, to boost your self-confidence, or to fit into your favorite clothes, consuming fewer carbs ultimately leads to a decrease in the insulin hormone, which is stored in the liver. The body will continue to use insulin for energy until it is no longer available.

After a while, it will turn to ketone bodies as a secondary source of energy. It is worth noting that this same process also occurs when an individual is fasting or engaging in vigorous exercise. However, following a ketogenic-based diet allows individuals to achieve the same weight loss benefits without exercising or feeling hungry.

WHAT FOODS SHOULD YOU EAT WHILE FOLLOWING A KETOGENIC DIET?

When it comes to foods rich in dietary ketones, there are several options available, some of which include the following:

If you’re a fan of seafood and thinking about starting a ketogenic diet, there are plenty of shellfish that you can eat that are not only delicious but also low in carbohydrates and high in protein. Some of these low-carb shellfish include

While there are many more seafood options available to those following a ketogenic diet, these have the least carbohydrates. Typically, you’ll learn then offer less than 7 grams. They are also readily available at most fish markets and major supermarket chains. Along with helping you to lose weight, a diet that includes seafood can contribute to better overall health as many of these foods are chock-full of vitamins, minerals, and omega-3 fatty acids.

Nearly all kinds of cheese are high in fat and low in carbohydrates. As such, they are an excellent choice for someone following a ketogenic diet. To further illustrate this point, cheddar cheese, for example, contains only 1 gram of carbs per ounce.

It also contains upwards of 7 grams of protein and more than 20 percent of the recommended daily intake for calcium. In short, you will be doing yourself a favor by consuming more cheese while following a ketogenic diet. Some of the other keto-friendly cheeses worth noting include

If you’re already a big meat eater, following a ketogenic diet will give you a reason to consume even more beef, chicken, lamb, mutton, and other meats. After all, most cuts of meat contain at least 3 grams of fat and between 21 and 22 grams of protein per serving. And if you’re interested in improving your health along with losing weight, you will be happy to know that a diet rich in meat can help lower high cholesterol.

In a study published by the National Institutes of Health, study participants who consumed a diet high in fatty meats saw a higher increase in their HCL (good cholesterol) compared to those who followed a low-fat diet.

Also, meat and poultry contain B vitamins as well as potassium, selenium, and zinc. And each of those can contribute to better overall health.

Although most vegetables are high in carbohydrates, there are some that you can eat while following a ketogenic diet. Plus, many of them are high in fiber, which means that they can keep you feeling satiated longer. Therefore, you’re likely to eat less and, as a result, lose more weight. Beyond that, they can also improve your digestive health while keeping you regular.

Some of the best low-carb vegetables to eat while on a ketogenic diet include kale, broccoli, and cauliflower. It is worth noting that these vegetables reduce the risk of developing certain cancers and even heart disease. Of course, this is not an excuse to overindulge. To maintain a ketone-burning state, you should limit your intake of these vegetable-based carbs to between 20 and 50 grams per day.

Obviously, the foods detailed in this article are only suggestions as there is no such thing as a one size fits all approach when it comes to a ketogenic diet. Whether your goal is to lose weight or get your blood glucose levels under control, your goal should be to consume foods that are relatively high in fat and protein and low in carbohydrates. 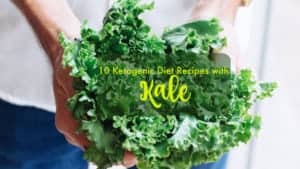 IS A KETOGENIC DIET SAFE?

Generally speaking, consuming foods rich in dietary ketones, which is the hallmark of a ketogenic diet, is safe for most individuals. However, those with diabetes will have to be especially careful when it comes to the foods that they consume. In doing so, they can avoid ketoacidosis, which is a potentially dangerous health condition that occurs when the body doesn’t produce enough insulin and too many ketones buildup in the liver and blood. Some of the more common symptoms of ketoacidosis include

If you develop these symptoms while following a ketogenic diet, you must schedule an appointment with a physician as soon as possible, especially if you have diabetes.

FINAL THOUGHTS ON MASTERING AN UNDERSTANDING OF DIETARY KETONES

In summary, a diet that includes foods rich in dietary ketones proves time and again to help individuals who are either trying to shed unwanted pounds, reduce high blood glucose levels, or a combination of the two. More than that, many of these foods contain vitamins and nutrients that support overall good health.