Picture a marionette in your mind. It moves by the grace of the puppet-master on strings attached to wood. The puppet can only bow to its audience when the puppet-master so directs the lines. Now envision your body bowing to an audience. That’s why developing core strength is so critical.

Now envision a person lying on the couch or someone hunched over a computer keyboard all day. Sedentary people suffer back, neck, and shoulder pain and headaches. Exercises can strengthen these areas, but the main focus is on the abs. It’s from the abs that strength in these other areas come.

What Exactly Are The Abdominal Muscles?

The rectus abdominus is a flat sheet of muscle lying closest to the spine. The other three layers of abdominal muscle lie over this. On either side of the waist are the external and internal obliques. These help you bend forward and from side to side and twist the torso.

Layered over and between these is a sheet of abdominal muscle called the transverse abdominus. This muscle is responsible for protecting the vital organs, supports posture, and it’s what moves when we inhale and exhale or suck in our stomachs to appear thinner. 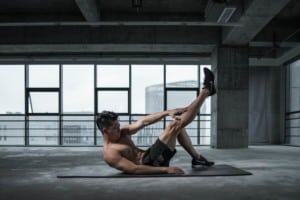 What The Abdominal Muscles Do For Your Core Strength

Your abdominal muscles form the basis of your core strength. You cannot separate one from the other.

Stability is the name of the abdominal muscles game, says science. The lower back or lumbar spine, hips, and pelvic area muscles contribute to optimal core stability. This stability is essential to everyone but especially to athletes and seniors. Weak muscles in this area leave the body open to injury.

The ab muscle groups involved are the latissimus dorsi, the quadratus lumborum, erector spinae, and the transversospinalis group. Together, they provide stabilization from all sides. Lift a leg to begin exercises, and you won’t tip over. Reach for something without holding a supporting chair or a grab bar, and you won’t fall over.

It’s hard to live normally if your midsection isn’t stable. Picture a table groaning beneath the weight of a Thanksgiving feast of epic proportions. Then the legs of the table fold, which collapses the table. That’s how a senior feels or an athlete whose legs won’t carry either of them to the finish line (or at least the kitchen.) Their abs or mid-sections aren’t strong enough.

Another smart reason for developing core strength is preventing injury. Cramps in the calf hurt, and they always seem to occur in the dead of the night when you’re sound asleep. Without a strong middle, back injuries happen to the lower back, shoulders, and upper back and neck — these affect which can cause calf cramping in the night.

When the back is injured, the nerves controlling another part of the body are involved. An injury to the right side of the lower back or lumbar spine affects the left hip, leg, knee, and ankle. An injury to the left side of the upper back or thoracic spine affects the right shoulder and arm. Keep those ab muscles strong, and the arms and legs will be, too.

How Can One Improve Their Core Strength?

You must have core strenght to provide stability for the body and avoid injury. Before beginning exercises, though, the muscles need to be stretched. We wouldn’t think of donning a pair of socks without stretching them first. Stretching the socks loosens and lengthens the fibers of the textile. Unstretched, the sock wouldn’t cover half our foot. Stretched, it goes up to the ankle. It’s the same with our muscles.

Muscles and muscle groups operate without stretching, but it’s not good for them. We get cramps and tired, achy muscles when we don’t stretch them. The muscles are scrunched up in a knot. Stretched muscles are elongated and more supportive of the movement which contracts them. 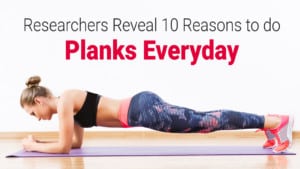 Exercises to Add to Your Core Strength

Lie on the floor or a yoga mat. Lift the knees and hold them together with feet flat on the floor. Place arms flat on the floor beside the body. Lift the hips. The body should be aligned with the knees, back straight, looking like a straight line. Hold for a count of 20 three times. The abs will contract to hold the body in this position, which strengthens them.

Lie on your stomach. Bend the arms beside the head and shoulders for support. Lift the body upuntil it’s resting on the arms and toes. Legs together, body in a straight line. Hold for a count of ten three times. The abs will contract to keep the body properly aligned.

Lie on one side. One forearm will hold the body up with the other arm resting along the body. The legs will be together. Lift the body up using the forearm. The body will be supported with the feet and your forearm. The body will be a straight line, only sidewise. Cross the feet for better support. Hold for a count of ten three times. The abs all around the torso will tighten up in order to prevent sagging and keep you in a straight line.

Lie on the back with knees together. Slowly lift the legs with the knees still together and bent 90 degrees. You should look as if you’re on your hands and knees, only upside down. The arms will be raised straight above the body. Hold for a count of 20 three times. This teaches the body balance and stability.

Lie on the stomach with arms above the head and feet shoulder-width apart. Slowly lift the arms and legs as high as you can. Hold for a count of 20 three times. This also balances and stabilizes the body.

To get at the muscles beneath the four abdominal muscles as well as the muscles in the lower back and hips, you need to aim the body at those muscles. Lie on your back. Lift the legs, knees together and toes pointed, as if they’re aimed for the ceiling. Arms are beside the body. Now lift the hips toward the ceiling, which will push the legs toward the ceiling. Do this ten times with three repetitions. This exercises every ab muscle from ribs to hips deep down beneath the four upper ab muscles.

This works out the obliques on the sides of the waist. Lie on your right side with legs together, and knees bent 90 degrees. Now turn the torso toward the ceiling instead of to the side. With arms bent and hands behind the head, lift the torso toward the hips. Do this ten times with three repetitions before turning to do it on the left side.

Get on your hands and knees. Straighten the legs out and rest the bodyweight on hands and toes. Bring the left knee toward the right shoulder. Now bring the right knee toward the left shoulder. Now increase the tempo until you’re almost imagining that you’re racing up a rocky mount, all the time keeping the back straight and the knees aimed at the shoulders properly. Do this for a count of 20 with three repetitions. This exercises every ab muscle there is. 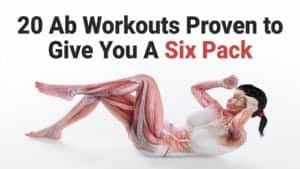 The torso balances and provides stability for the whole body. It prevents injury. To do all this, though, the body needs to be exercised. You need core strength to accomplish even the most mundane of daily tasks. But unfortunately, most people consider working out a chore until they have to pay the doctor to receive treatment for injuries.