The Centers for Disease Control and Prevention (CDC) reports that COPD affects the lives of over 15 million people in America. Further, it claims the lives of more than 140,000 of those patients every year. Also, they predict that the healthcare cost associated with treating COPD may reach $49 billion in America by the end of 2020.

Who Is Most at Risk of Developing COPD?

Individuals who smoke are at high risk of developing COPD, especially long-term smokers. And the disease can significantly lower their life expectancy.

To substantiate this claim, we only need to take a look at a study published by the National Institutes of Health. This agency is part of the U.S. government responsible for biomedical and public health research. The study broke down the life expectancy of current smokers with COPD based on the severity of the disease. Then they classified them as stages one through four.

The results of the study indicate the following stages, as follows: 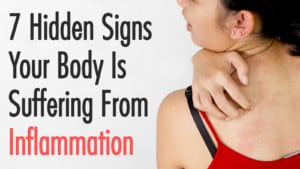 According to the American Thoracic Society, a nonprofit committed to improving care for those with pulmonary diseases and other critical illnesses, even non-smokers are at risk of developing chronic obstructive pulmonary diseases. And in many cases, it is the result of exposure to air pollutants. In fact, some studies have linked inhaling dust or fumes used in homes for heating or cooking to the development of COPD-related respiratory diseases in non-smokers.

Chemicals and fumes found in some work environments also contributed to COPD-related respiratory diseases among non-smokers, according to the same studies.

That said, the probability of developing a COPD-related respiratory disease that leads to impaired breathing remains the highest among those who smoke cigarettes, cigars, and other tobacco products. The same is true for those who routinely inhale secondhand tobacco smoke.

Along with air pollutants in the home or workplace and secondhand tobacco smoke, risk factors for chronic obstructive pulmonary diseases can also include

Several studies have revealed that age plays a role when it comes to the development of COPD-related respiratory diseases as they are more common among individuals age 40 and over. It is also worth noting that gender is yet another factor. According to the Lung Health Institute, women are 37 percent more likely to struggle with impaired breathing caused by COPD than men.

In addition to age and gender, genetics can also play a role in whether or not an individual will develop a COPD-related respiratory disease. According to the National Institutes of Health, 5 percent of individuals with COPD have what is known as an alpha-1 antitrypsin deficiency. For those who are not familiar with alpha-1 antitrypsin, it is a protein that belongs to the serpin superfamily. Individuals who are genetically predisposed to having too little of this protein are more susceptible to lung damage, which can increase their chances of developing a COPD-related respiratory disease. It is important to note that an alpha-1 antitrypsin deficiency can also adversely affect liver function.

According to a study published by Sage Journals, a leading peer-reviewed open-access journal, women who smoke during their pregnancy are at an increased risk of giving birth to a baby with underdeveloped lungs. When this happens, the chances of the baby developing a COPD-related respiratory disease as they get older increases considerably.

Now that we have a broader understanding of the risk factors when it comes to chronic obstructive pulmonary diseases and the toll that they can take on one’s health, let’s take a moment to go over some of the more common forms of these respiratory diseases:

This particular chronic obstructive pulmonary disease occurs when the bronchi, the breathing passages in the lungs, become inflamed and remain that way long-term. More often than not, those with chronic bronchitis will experience a noticeable uptick in mucus production that makes it difficult to breathe. And this increase in mucus is typically accompanied by respiratory infections and a chronic cough. 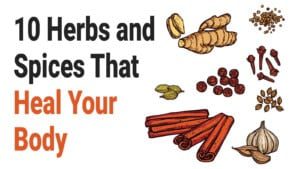 Also commonly referred to as emphysema, pulmonary emphysema is an even more severe form of chronic obstructive pulmonary disease. Pulmonary emphysema is a condition whereby the alveoli, the air sacs in the lungs, is damaged extensively, often to the point where they become narrowed, stretched, or over-inflated. In most cases, damage to the alveoli leads eventually leads to permanent holes forming in the lung tissue. When this happens, it can lead to persistent breathlessness.

Although often seen as a separate respiratory illness, asthma also falls under the umbrella of chronic obstructive pulmonary diseases as it can significantly impact lung function. For those who may not be as familiar with asthma, it is a condition that causes swelling and inflammation that affects the lining of the airway.

Further, individuals with asthma will typically experience an uptick in mucus production. That increase invariably leads to the development of mucus plugs in the lungs. Not surprisingly, the swelling, inflammation, and mucus plugs associated with asthma can make breathing extremely difficult. 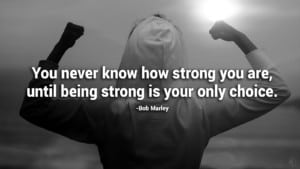 Here are a few noteworthy facts about COPD before we look at the signs.

According to a study published in the Journal of the COPD Foundation, some of the more common comorbidities associated with chronic obstructive pulmonary diseases include

The severity of the symptoms associated with COPD can vary depending on the stage and the type of disease developed. That being said, ten early signs of a chronic obstructive pulmonary disease often include the following:

An occasional cough is typical. But persistent coughing is often one of the tell-tale signs of chronic obstructive pulmonary disease. In short, coughing is the body’s way of expelling harmful contaminants, such as tobacco smoke and fumes, from the lungs.

When it comes to COPD-related respiratory diseases, feeling out of breath and fatigued is not uncommon. And this has a lot to do with the respiratory system working harder than usual to combat the inflammation, build-up of mucus, and damage to lung tissue caused by the diseases.

Excess mucus production goes hand in hand with most chronic obstructive pulmonary diseases. In short, the body produces more mucus to minimize the damaging effects of irritants in the respiratory system.

When you have either the common cold or the flu, it is not unusual to produce yellow sputum, a mix of saliva and mucus that one coughs up from their respiratory tract. However, in the absence of the flu or common cold, yellow sputum is an early sign of COPD.

Individuals with a COPD-related respiratory disease seldom get enough oxygen flowing into their lungs while they are sleeping. That lack of air leads to more carbon dioxide in their blood. As a result, when they wake up in the morning, they often experience severe headaches, dizziness, and lightheadedness.

Another early sign of a COPD-related respiratory disease would be swollen ankles. The same is true when it comes to feet and legs as well. In most cases, the swelling of these body parts is caused by lung damage, which reduces the flow of oxygen to blood vessels.

In addition to chronic coughing and breathing problems, chronic obstructive pulmonary diseases can trigger sleep apnea and gastroesophageal reflux disease, all of which can stand in the way of getting a good night’s sleep.

A study published by the Lung Health Institute noted that between 40 to 70 percent of individuals with COPD  experience unplanned weight loss. Researchers and scientists involved in the survey attributed the weight loss to the lungs harder for the patients to breathe. In the process, however, they burn more calories, which leads to losing weight unintentionally.