Only you hold the power to become the best you.

We all face a searing dilemma. Do we live the life we’ve always known, or live the life of our choosing? The answer is, yes. The thrilling reality is, we get to decide. Decide whether or not the prism through which we view the world is consistent with who we have been, or who we want to become. 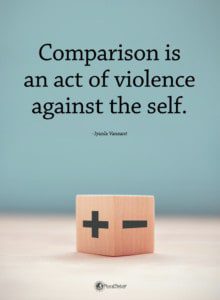 Throughout the course of my life, I learned just how valuable self-image is, and how it influences to a high degree how we think, speak, act, and even achieve. I always had a tougher life than my friends. At three-years-old, my parents took me to Duke University because they noticed I had problems walking at night and in dimly-lit rooms.

It was there at Duke where they got the devastating news. They diagnosed me with retinitis pigmentosa or “RP” for short. The doctors instructed them to, “Prepare for the day that Chad’s eyesight is gone and go on living life.” For the next fifteen years, I followed only the second half of the doctor’s advice.

For eighteen years, I enjoyed relatively good eyesight during the day. I was very active—playing sports such as basketball, football, soccer, wrestling, running, and weight lifting. I rode my bicycle like most other children.  And I relished the thrill of riding jet skis and motorcycles. For a brief time, I was able to enjoy the independence of having and driving a car.

During that time, however, I was never able to see in the dark—not even enough to safely walk around our house at night, with nightlights switched on.

My Young Adulthood and a Worsening Condition

While that sounds challenging, my condition soon worsened. While enrolled at the University of Tennessee at Knoxville, the world I had known came crashing down when I lost my ability to see during the day. This event took place over a five-year stretch while in college. My dark reality was never more apparent than when attending Anatomy class as part of my premedical curriculum.

In that class, we were learning about the parts of the human body, and I was unable to see the cadavers well enough to understand any level of detail. Unless I was willing to feel my way around the corpses, those lessons were lost on me. I realized that my entire self-image was destroyed. My hopes and dreams for my future self were as cold and lifeless as the bodies that laid on the table in front of me.

The gravity of my situation weighed me down so much that it was hard to move, hard to breathe. It was as if a sledgehammer hit me in the chest. I staggered from the blow, and my emotional and psychological states were forever changed. Everything I had known was visual. Every image and dream I had for myself revolved around eyesight. Now, none of that mattered. When you look in the mirror and are unable to see yourself any longer, it pretty much squashes any image of yourself as a sighted person. 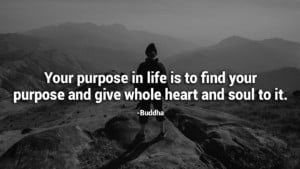 Shedding the Victim Mentality to Find the Best You

Until that point, I had seen myself as a victim. My self-talk usually consisted of “why me” and “life is shockingly unfair.” The full onset of blindness did not help matters. IN the days and months that followed, I fell into a pit of despair. The sadness and depression I felt dripped down into the deepest crevices of my soul.

This mindset continued until I had the experience of a lifetime. Because I had no cane skills, I decided that I was most comfortable with a guide dog, so I applied for and attended Leader Dogs for the Blind. I ended up learning far more than just how to use a guide dog.

While there, I met people with much more difficult situations. There were those on dialysis because diabetes that had taken their eyesight was also destroying their kidneys. There were those with cognitive impairments. And, there were young women there who dealt with deafness as well as blindness. It’s one thing when you meet someone on the street and hear how rough they have it, but it’s another thing altogether when you live with someone and observe their challenges first-hand for an entire month.

The experience of personally witnessing the living courage by these people shook me to my core. I had been given 23 years of eyesight, perfect hearing, and a sound mind. How could I dare feel like a victim when these brave souls faced a world I couldn’t even imagine, and they did it every day with such spirit and determination that it left me in awe.

Although I  went to Leader Dogs to learn how to use a guide dog, I left with a far more profound lesson. It was a lesson in gratitude and perspective that I couldn’t have learned any other way. I learned that happiness is not a feeling. It’s not an emotion. It’s a decision that each of us makes every single day. Either we choose to be intentional about how we see the world and our place in it, or we simply allow the circumstances of life to determine our happiness and success.

It was at this tipping point that the seeds were sown for my new and improved outlook on life. With my viewpoint, solidly anchored to gratitude, my attitude instantly improved. And that gave me the mental model to live happier and more successfully.

Doors started flying open for me. University professors were more willing than ever to meet me halfway. I ended up relearning how to learn. As it turned out, I was a better blind student than a sighted student. I made the Dean’s List for the first time, earned straight-As in my business courses, went on to attend Harvard Business School, and work for a top consulting firm.

I also ended up creating job opportunities for millions of blind people by writing software that tech giants thought impossible. Furthermore, I directed the financial strategy decisions that generated countless jobs, billions of dollars in revenue, industry-leading growth, and best-in-class margins amid tightening market conditions. I did all of this without being able to see my computer screen, and I was able to do it principally because I was able to transform my self-image.

So I stopped living the life and image of a victim. I realized that the victim mentality wasn’t getting me anywhere in life. It was creating bitterness and toxicity that consumed me and only lent itself to a downward spiral. 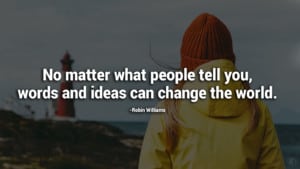 Several years into my upward trajectory, I started reflecting in hopes I could pinpoint what had allowed me to come out the other side of this experience intact. The thing that got me over the hump—the reason I was able to thrive in the face of such extraordinary adversity—was that I chose to paint a new self-image that did not ignore my circumstances. I envisioned how I could make the blind look good. Once we can visualize greatness within our conditions, we’ve created a framework for thinking that will drive us towards our goals.

Becoming the best you takes time, energy, and commitment. Visualizing excellence like this does not guarantee success, nor does it discount the graveness of the situation. But, it does allow us to think clearly and honestly about those elements of life that are within our sphere of influence and those that are not. For example, I knew that blindness was outside of my sphere of influence, so I chose to accept it, embrace it, and figure out how I could make it look good. Why spend mental and emotional cycles churning about the things we cannot control?

Every decision tied to that launch point was aligned with my future self. I stopped seeing myself as a victim (past self) and started seeing myself as a successful businessman who would fly in the face of the stigma facing the disabled community (future self). I would succeed despite the odds stacked against me. Finally, I would become an example of what can be done with the proper perspective, focus, determination, and effort.

Later, my image evolved even further. Following the graduation talk I gave at Harvard Business School for our Program for Leadership Development (PLD) class, I realized that I could help others with my story. People had always told me that I was inspiring, but this happened when I was not even trying. For the first time in my life, I saw how powerfully helpful my story could be if I were intentional about using it.