Green tea is one of the most popular beverages in the world. Not only is green tea refreshing, but it is also exceptionally healthy.

In Western history, tea became etched in the history books on December 16, 1773. That’s when a bunch of teed-off early American colonists boarded three British ships with cargoes of green tea and dumped it into the Boston harbor. Also known as the Boston Tea Party, the affair would help spark the American Revolutionary War.

Suffice it to say that there’s a much more vibrant history with tea in the East. Particularly in China, where the beverage was founded.

Historians trace the origin of green tea back to the year 2737 B.C. Legend has it that the ruler of China at the time, Emperor Shen Nong, accidentally consumed a dead tree leaf with his water. Supposedly, the Emperor liked the taste of the refreshing concoction so much that he created a new beverage.

Shen Nong is also considered the father of Chinese medicine and pharmacology. His comprehensive treatise On Herbal Medical Experiment Poisons catalyzed the growth of herbal use in China.

Like many discoveries of the royal families, green tea was at first only available to the upper rungs of society. Because it was so expensive, the leaves didn’t become available for the rest of us peasants until around the 14th century – some 4,000-plus years later.

Since Shen Nong’s discovery,  Chinese medicine (TCM) practitioners and herbalists alike recommended this useful remedy. In fact, healers today still tout the many benefits. It is also one of the most popular healthy beverages in China and many other Asian countries.

Here are ten proven health benefits of green tea, according to Chinese herbalists and TCM practitioners.

“Tea polyphenols, via oral intake or topical application, work miraculously [emphasis added] in maintaining good health and fighting against deterioration or aggravation of age-related or lifestyle-related malconditions to which we are all prone.”~ Dr. Yukihiko Hara

According to Chinese medicine, here are ten noteworthy health benefits of this healthy beverage:

In his classical scientific work, Compendium of Materia Medica, Li Shizhen (1518-1593), a Chinese herbalist, physician, and writer during the Ming dynasty, wrote the following.

“Tea is cold and lowers the fire.”

While on the surface, this sentence is cryptic, it’s both true and profound (for the 16th century, anyway).

The word inflammation means “The act of inflaming, kindling, or setting on fire.” Li Shizhen was almost certainly referring to the bodily condition of inflammation when he wrote that sentence. It turns out that Li was correct, according to modern medicine. Per the Arthritis Foundation, green tea is a potent anti-inflammatory.

Traditional Chinese Medicine practitioners routinely “prescribe” green tea to patients with osteoarthritis (OA). OA is a form of arthritis that is characterized by, among other things, chronic degeneration of articular cartilage. The articular cartilage is that which surrounds the synovial cavity, with the latter providing a layer of lubrication for ease of movement and reduction of friction.

Moreover, according to the authors, EGCG’s antioxidative properties help to correct the “imbalance between excessive cartilage destruction and cartilage repair processes” caused by inflammatory proteins.

It is said that one reason tea became so popular in the East is due to its enthusiastic reception by Buddhist monks. Monks in both China and Japan (and other places in Asia) are required to sit in meditation for multiple hours each day – and tea helps to “recover from fatigue and drive away sleepiness,” according to one story in China Daily.

The energy-producing benefits of green tea are likely a combined effect of its moderate caffeine levels and high antioxidant count. However, unlike coffee, green tea produces a more stable, less jittery kind of energy due to the effects of the amino acid l-theanine.

Per a 2017 systematic review of 21 studies published in the journal Phytomedicine, green tea has positive effects on cognition and mood. Two components of green tea – l-theanine and caffeine – are thought to be the primary drivers of these changes. Relatedly, the authors note that separate administration of caffeine and l-theanine produces a “lesser impact” on cognition than both are consumed simultaneously.

Among the effects observed:

– Benefits in memory and attention

In China, green tea is particularly lauded for its support of a healthy heart. Furthermore, many Chinese swear that green tea lowers the risk of both heart disease and stroke.

In a 77,000-person study published in the Journal of Epidemiology & Community Health, researchers sought to determine the effects, if any, of green tea consumption on coronary heart disease (CHD) and cancer risk.

In The Green Tea Book, authors Lester A. Mitscher and Victoria Toews cite a stroke risk reduction of 62 percent for women and 42 percent for men who drink five cups daily. (Source)

Asians, including those of Chinese descent, tend to carry much less body fat than Westerners. Besides the apparent reason of genetic differences between races, high consumption of this drink may play some (albeit probably tiny) part.

In a 2007 study, Dutch researchers compared and contrasted four strategies for weight loss and weight maintenance. Among them: green tea, caffeine, ephedrine, and capsaicin. Green tea, with its combination effect of tea catechins and caffeine, may provide a distinct advantage over the other three substances.

Moreover, green tea may assist with the formation of new blood vessels. And that can serve as a preventative measure against weight gain and obesity.

As mentioned, green tea contains a potent mix of antioxidants. Oxidation (cellular damage caused by free radicals) contributes to the development of numerous types of cancer.

Studies show a correlation between green tea consumption and a reduced risk of multiple cancers, including breast cancer, colorectal cancer, and prostate cancer. To what extent that green tea lowers risk varies across studies, yet it is typically significant. 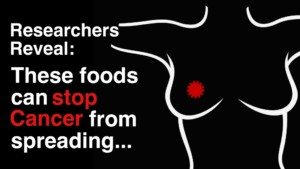 Ironically, despite the relatively high smoking population in China and Japan, mortality rates from coronary artery disease (CAD) are much lower than in the West. The smoking demographic is particularly susceptible to oxidative damage that leads to increased LDL levels. LDL typically connects back to a higher number of CAD cases. Researchers attribute this anomaly in part to more regular tea consumption.

Molecules called nucleotides make up your DNA. They are susceptive to internal and external pressures – and, thus, damage. Sun damage from ultraviolet (UV) rays is a primary cause of DNA damage.

A 2019 study published in the journal Molecules compares age-related protective effects of green and black tea. In a measure called the ‘successful aging index’ (SAI), green tea “positively associated” with SAI. However, black tea did not pass this same test.

In another study published in the British Journal of Nutrition, tea consumption reduced inflammation and reddening associated with sun exposure. 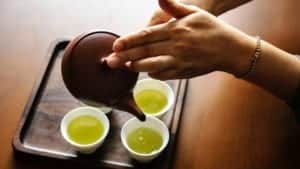 This drink is an exceptionally healthy beverage with very few known possible side effects.

We in the West tend to think that the latest drug is their best option. The simple truth is that the vast majority of pharmaceuticals aren’t terrific. Moreover, prescription drugs are expensive and riddled with side effects. We need to get over this acquired tendency is to overlook effective, natural medicines that have been used for centuries.

Green tea is one such natural medicine with several potential health benefits.