Cancer is on the rise today, including rectal cancer. However, a research team discovered a type of food that can help fight back.

A Cause for Concern?

(Just to avoid confusion, we’re going to refer to colorectal cancer and bowel cancer as rectal cancer. They are one and the same.)

Recent studies demonstrate that rates of rectal cancer are rising inversely; that is, the odds of acquiring the cancer are increasing in young people and decreasing in older people. Consider this finding.

“Compared to people born around 1950 – when (rectal) cancer risk was lowest – those born in 1990 have double the risk of colon cancer and quadruple the risk of rectal cancer,” a new study from the American Cancer Society (ACS) found.

Consider also the following two facts. First, 3 in 10 rectal cancer diagnoses are in people below the age of 55. Secondly, screening for this cancer isn’t recommended until age 50.

This presents an obvious problem.

For example, a 45-year-old person follows the recommended screening ages set forth by the ACS and other health organizations and subsequently contracts rectal cancer. However, the tumor would possibly have spread for 5-plus years until being discovered. Of course, five years is a long time (especially with cancer). Because the cells can spread rapidly, the individual is facing serious illness and even death.

The studies are limited in number. However, they are persuasive enough to prompt the American Cancer Society to review screening recommendations.

Omega-3’s may be the answer

For the first time in cancer research history, scientists found a link between the breakdown of omega-3 molecules and surviving rectal cancer.

Professor Graeme Murray, who led the study, explains the study’s origins: “There is a big variation in how people survive cancer of the large bowel and how they respond to treatment, and we don’t know what makes some people respond more favorably than others – this is what this research is trying to establish.”

Researchers from the University of Aberdeen analyzed a study published in the British Journal of Cancer, which “measured the proportion of the enzymes responsible for the metabolism of omega-3 and omega-6 fatty acids in tumors found in (rectal) cancer patients, and compared it to the patient’s survival.”

The results of the study demonstrate that a higher number of omega-3 metabolizers to omega-6 metabolizers is linked to suppression of tumor growth and a higher chance of surviving rectal cancer. In other words, consuming sources of omega-3’s (which we’ll discuss later) is likely to decrease (or stop) tumor growth. Of course, this effect drastically improves the odds of surviving the disease.

The biological mechanisms of omega-3 and omega-6 are very different. The former reduces inflammation while the latter fuels it, which may be the underpinning of Dr. Murray and his research team’s discoveries. 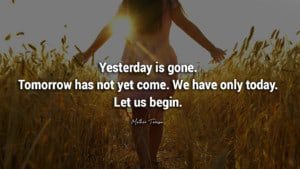 Potential benefits to other cancer types

Inflammation, a physical response in which “the body’s white blood cells and substances they produce protect us from infection with foreign organisms, such as bacteria and viruses,” is a vital part of the immune system and serves an important role in keeping us healthy.

Promisingly, this wonderful property of Omega-3 may not be limited to conditions such as autoimmune diseases and rectal cancer. Researchers from the Wake Forest University (WFU) School of Medicine state, “Epidemiological (disease control) studies suggest that diets rich in omega-3 polyunsaturated fatty acids reduce cancer incidence.”

WFU researchers, and many others, attest to the idea that adequate omega-3 intake helps ward off many (if not all) types of cancer. Researchers from WFU wanted to further test the benefits of omega-3’s by observing its effects on prostate tumor growth. Here’s what they found: “(Omega-3) fatty acids reduced prostate tumor growth, slowed (cancerous tissue) progression, and increased survival.” Similar to Aberdeen University’s study, the researchers discovered the opposite effect of omega-6 intake.

To accommodate for everyone, from fish eaters to vegans and vegetarians, here is an extensive list of excellent omega-3 sources:

As a reference, here is a comprehensive list of medical conditions which may benefit from increased consumption of omega-3 fatty acids:

(For a full list of conditions that may benefit from increased omega-3 intake, please see the University of Maryland Medical Center’s study.)