Dancing is the ultimate expression of happiness, freedom, and joy. When we dance, we let go of all worries. Nothing else is on our mind aside from moving to the beat of the music.

If dancing is the ultimate expression of happiness, freedom, and joy, what are we to make of a person who shames someone for dancing? This is what happened to Sean O’Brien, lovingly tagged with this Twitter handle: #DancingMan.

Under normal circumstances, this writer would expend his energy castigating the offenders. Fortunately, thanks to what was described as, “An occasionally over-enthusiastic group of young women in California,” he doesn’t have to!

The beauty that ensued following the (sad) opening chapter of the #DancingMan story is truly extraordinary.

The Back Story of #DancingMan

At the time, 46-year-old Sean O’Brien probably felt lower than the floor he had been dancing on. One minute, the big man was enjoying life – busting moves at a Los Angeles concert. That is before a group of ignorant, fat-shaming bullies decided to rain on O’Brien’s parade. Their laughter put an end to O’Brien’s dance – and his evening. Oh, yeah, they invaded his privacy, too, by filming him.

Seeking to one-up their despicable behavior, the group of bullies decided to take their thick-witted antics online. Posting the video on a social media site, they added a caption: “Spotted this specimen trying to dance . . . . He stopped when he saw us laughing.” 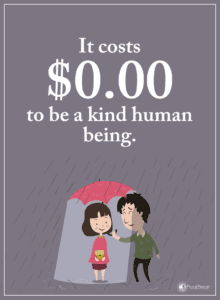 The Response: Part I

An Imgur user named FrozenBadger was outraged upon finding the video posted by the juveniles. This user remarked, “I find this behavior ******* despicable. If you’re out there big man, **** those kids. Keep dancing.” FrozenBadger didn’t log off without posting what can only be described as before-and-after pictures. In the latter, O’Brien is hanging his head in shame and embarrassment.

Most people followed the sentiments of FrozenBadger, posting comments like these: “Don’t ever let them dull our sparkle, big boy!” and, “I wish we could find him and tell him he’s awesome.”

A woman by the name of Cassandra Fairbanks, using the handle @CassandraRules, took the second statement to heart, launching the Twitter campaign “#FindDancingMan.” With help from her hardworking friends, they took to Twitter with this message: “Anyone know this man or who posted this (on Imgur)? There’s a huge group of ladies in LA who would like to do something special.”

Paraphrasing Ms. Fairbanks beautiful message wouldn’t begin to do it justice, so here it is verbatim and in original formatting:

We don’t know much about you,

but a photo on the internet suggested

that you wanted to dance and were

We want to see you dance freely

and if you would have us,

we would love to dance with you.

We are prepared to throw quite the

dance party for you, if you’d have us.

And we are all women.

If this isn’t appealing, we’re ok with

taking no for an answer,

but we’d like you to know – the offer stands.

May we have this dance?

An occasionally overly enthusiastic group of young women in California.

The story of #DancingMan story went viral, fast. After discovering that O’Brien lived in London, Fairbanks began a GoFundMe campaign to bring him to California.  The fund eventually raised $40,000.

As more people stepped forward, it became clear that the raised funds weren’t going to be necessary. Additional donations tallied over $30,000. In the end, over $70,000 was donated to various anti-bullying (including cyberbullying) organizations.

As if 1,727 women offering to dance wasn’t enough to bring Sean over, some celebs also got in on the act, including Pharrell Williams and Moby. Here are their respective tweets:

“@CassandraRules keep me posted about your dance party! @Dancingmanfound, never be ashamed of yourself. You are both truly #OTHER (praying hands).”

“I offer my dj services for free for #DancingMan #DancingManFound, #FindDancingMan. Noone should be ashamed about dancing.”

O’Brien got the message, of course, and was more than happy to pop up, posting on Twitter:

The girls, of course, were ecstatic – and created the handle #DancingManFound.

After becoming closely acquainted, the DancingMan and Fairbanks appeared on the Today Show. O’Brien got to cut a rug with Grammy Award-winning recording artist, Meghan Trainor, along with Fairbanks and her compatriots.

Pharrell recorded a video that was played at O’Brien’s party, appropriately named #DanceFree. Moby offered his support. What is more, he ended up DJing at O’Brien’s party. Monica Lewinsky, who has grown into an ardent anti-bullying activist, addressed the crowd.

As a final touch, DancingMan threw out the ceremonial first pitch at an L.A. Dodgers baseball game. O’Brien and the women maintain a close bond to this day.

Sean O’Brien’s story is a shining example of what happens when people come together and stand up for what’s right. The story of #DancingMan is as encouraging as it is heartwarming, although everyone involved acknowledges the vital importance of continuing the fight against bullying of all kinds.

It is up to each and every one of us to fight back against the bullying epidemic. For more information on how you can help, please visit the following organizations:

If you or someone you know needs help in handling the effects of bullying, please visit www.stopbullying.gov