Have you ever seen those “BPA-free” stickers on water bottles and other plastic containers? It turns out that there may be an excellent reason. For if a joint research team from the University of Virginia School of Medicine and North Carolina State is to be believed, BPA exposure increases the risk of transgenerational autism.

Indeed, it seems that most health experts and public health agencies concur that BPA is a potentially dangerous chemical – even in small amounts. Moreover, products advertised as “BPA-free” may not be much healthier.

In this article, we’re going to clarify what BPA is as well as the known dangers of the chemical. We’ll also discuss the study in more detail and what you can do to safeguard the health of yourself and your loved ones. Finally, we’ll give you some tips on how to identify products that contain BPA.

First, let us acquire a good understanding of what BPA is.

In 2015, four million tons of bisphenol A – most often referred to as simply “BPA” – was produced and allocated. Most of these four million tons were made exclusively for the manufacturing of polycarbonate plastic. The biggest consumers of the raw material are, by far, companies involved in the plastics industry.

First discovered in the early 1890s by the Russian chemist Alexander Dianin, bisphenol is produced by catalyzing a 2:1 mix of phenol – a white crystalline organic compound – with acetone – a colorless, flammable and volatile liquid.

Shortly before his death, Dianin would again use bisphenol A to produce another chemical composite: Dianin’s compound. Since Dianin’s discovery, chemists have found a more efficient way to produce the chemical on an industrial scale.

Bisphenol A is most often referred to as simply BPA. BPA is often mentioned in the context of the production of many types of plastics and resins; namely, epoxy resins and polycarbonate plastics. The latter is frequently used in the production of consumer storage products, including water bottles. Because of the durability of BPA-based plastics, it is also used to produce CDs and DVDs, and even sports equipment.

Other products that may contain BPA include:

BPA is considered an important pollutant despite its relatively rapid biodegradation and short soil and water half-life. Per the Environmental Protection Agency (EPA), over one million pounds of BPA are released into the atmosphere annually. BPA waste is ubiquitous, coming from – among other places – wastewater treatment plants, irrigation pipes, leaching, and recycling companies.

Autism is a neurodevelopmental disorder typified by abnormal social interaction and the display of repetitive behavior and thought patterns. According to Autism Speaks, one in 59 children is affected by autism. Autism is often referred to clinically as an autism spectrum disorder, or ASD, due to the multiple subtypes of autism. Experts attribute the development of autism of both environmental and genetic factors.

The symptoms and signs of autism are numerous and may include:

How is BPA dangerous?

BPA is known to be an endocrine-disrupting chemical (EDC). Scientists have slapped BPA with the EDC label because it appears to alter the way that the body’s hormones work. To help us understand why this is a significant problem, let’s quickly talk about the roles of the endocrine system.

The endocrine system is comprised of numerous hormone-producing glands. These hormones are responsible for numerous physiological functions, including:

BPA’s mechanism of action involves mimicking or interfering with the function of estrogen and other hormones. Research shows that BPA causes these disruptions even in very low doses.

Studies find that exposing mice fetuses to BPA interrupts cellular formation in the brain – and that these effects act across generations, exhibiting “transgenerational” properties. Worse, these damaging findings seem to also act across species.

In other words, “… if your [grandmother] was exposed to BPA … and [no other] relatives came into contact with BPA, your brain would still show these effects,” says Emilie F. Rissman, a professor of biochemistry and molecular genetics at the University of Virginia School of Medicine.

According to a study conducted by the Rowan University School of Osteopathic Medicine (RowanSOM) and Rutgers New Jersey Medical School (NJMS) and published in the journal Autism Research, children with autism spectrum disorder (ASD) metabolize BPA differently than in otherwise healthy children.

Like nearly every other chemical, BPA binds to glucose in the liver, is converted into a glucuronide, and excreted in the form of urine. This process, called glucuronidation, is critical for the removal of toxins – chemical and otherwise – from the body. Relatedly, Stein and his team made ascertain these findings after administering and analyzing the urine specimens of 100 kids – 52 healthy and 46 with ASD – for free BPA and BPA concentration levels.

Says Stein of the experiment:

“…(our study) is the first to show (endocrine disruption of BPA) in humans and the first to associate it with autism,” noting previous experimental findings tying BPA to endocrine system disruption. 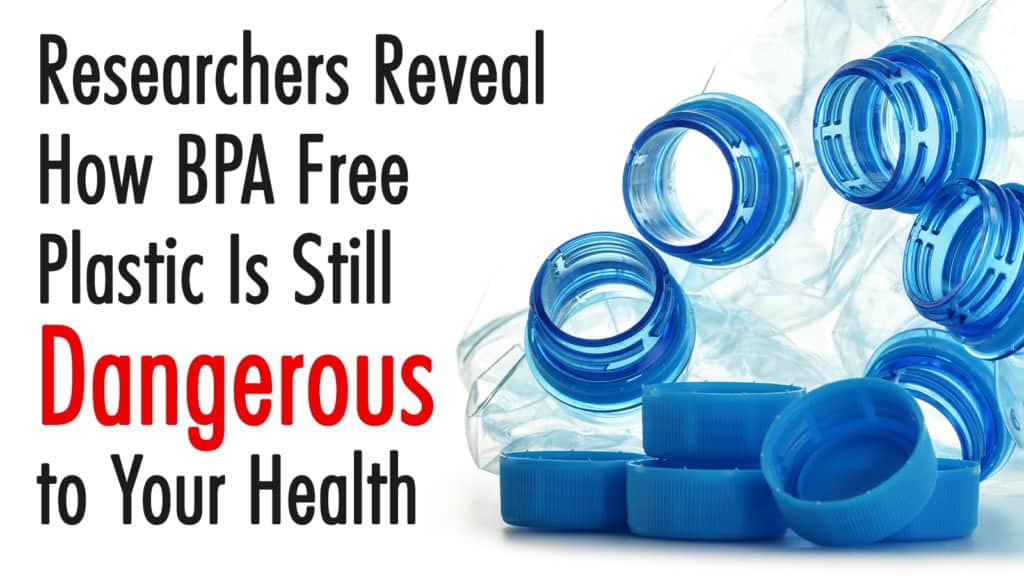 Walk through any supermarket, and you’ll see a trove of plastic products with the “BPA-free” label. While these products may be high quality, it may be worth investigating what the manufacturer uses to “replace” BPA. Why? Because according to a 32-study systematic review published in the journal Environmental Health Perspectives, BPA substitutes bisphenol S (BPS) and bisphenol F (BPF) may be just as harmful.

Per the review, both BPS and BPF appear to act of hormones in a way that is very similar to BPA. Moreover, BPS exhibits hormonal potencies that are similar to the sex hormone steroid estradiol. More specifically, BPS acts on pathways that are critical to cellular activities such as proliferation and differentiation. Finally, both BPS and BPF exhibit other potentially damaging effects on the organs and reproductive system.

So how do you protect yourself from BPA?

Well, the good news is that many manufacturers and retailers, including the big players Toys “R” Us and Wal-Mart, are trying to ban the chemical from their inventory entirely. The bad news is that BPA is still everywhere.

Nixing your plastic habit is probably the most surefire way to avoid BPA. Try to think of ways that you can cut back on your plastic consumption, especially if you’re a water bottle or storage container consumer.

Here are a few other tips for limiting your exposure to BPA:

Clean and dust your home.

BPA is present in dust (albeit in small amounts), so make sure to dust, mop, and vacuum regularly.

If you have kids, look for BPA-free toys (just make sure to do your research). Better yet, look for toys made from wood or some other material.

Shop for food containers and other storage products marked “Dishwasher safe” and “Microwave-safe” as these products are less likely to contain BPA.

You’ve seen those green arrows on plastics that form a triangle, right? (They’re everywhere, just look!) Inside that triangle, you’ll find a single-digit called a recycling code. Plastics marked with the numbers 1, 2, 4, 5, and 6 contain BPA in negligible amounts, if at all. Plastics with the recycling codes 3 and 7 typically have higher concentrations of BPA.

Plastic forks, spoons, and cutlery have tested for BPA. Consider using an alternative.