Plastic is used in products ranging from shampoo bottles to automotive parts to almost everything in between. Without plastic, we wouldn’t have a lot of the products that we use on a daily basis. However, not only is plastic destroying the Earth, but it’s also harming our health in various ways. BPA free plastic has been marketed as being safer than plastics containing BPA.

Recent research has uncovered, however, why this type of plastic can still harm your health. We’ll go over the various health concerns of BPA free plastic below, as well as some safer alternatives.

However, when people drank from a water bottle containing BPA or microwaved their dinner in a plastic container, small amounts of BPA leached from the containers into their food and drink. BPA is so pervasive that in a 2003-2004 National Health and Nutrition Examination Survey by the Centers for Disease Control and Prevention, 93 percent of the 2,517 people tested had detectable levels of BPA in their urine.

In research performed in the past couple decades, scientists have found that BPA can disrupt hormones by mimicking estrogen. Due to its estrogen-like shape, BPA can bind to estrogen receptors. This can affect bodily functions such as growth, reproduction, and energy levels. Since hormones regulate pretty much everything in our bodies, these findings are disturbing, to say the least.

Due to this research, public pressure caused companies to abandon BPA in their products. Many companies started manufacturing BPA free items instead. However, the regulations are a bit lax, as the FDA only bans the compound from use in baby bottles, sippy cups, and infant formula packaging. According to the FDA website: “Studies pursued by FDA’s National Center for Toxicological Research (NCTR) have shown no effects of BPA from low-dose exposure.”

Many companies have chosen to voluntarily stop using BPA in their products.  The issue is that BPA free plastic can still cause plenty of problems. The following study illustrates what happens to mice exposed to BPA free plastic.

The study led by geneticist Patricia Hunt of Washington State University was originally designed to test the reproductive effects of BPA on mice. The mice were put inside of BPA free plastic cages and separated into two groups. The first group received doses of BPA through a dropper while the second group got nothing.

The experiment didn’t go as planned, as the control group started showing signs of genetic issues. The differences between the control data and the test group disappeared. Though it took a bit of time to discover why this occurred, researchers found that some of the plastic caging got damaged. As a result, it began leaching bisphenol S (BPS), an alternative to BPA.

Hunt recalled that 20 years ago, she had discovered the same problem with BPA in polycarbonate mouse cages. Now her study of the effects of BPA alternatives points to the same reproductive issues discovered in the mice exposed to BPA.

Of course, humans are much bigger than mice, so the impact on us might not be as severe, but the preliminary research suggests that BPA free plastic is not totally safe. The study also uncovers a larger issue in the use of commercial compounds. When chemicals deemed dangerous for humans and other animals are taken off the market, they’re often replaced by other chemicals that act similarly in our bodies and cause comparable health concerns. Researchers believe that chemicals need stricter regulations based on scientific studies about various compounds.

The Truth About BPA Free Plastic

Since manufacturers stopped using BPA in most products, scientists have had a hard time keeping track of all the alternatives: BPS, BPF, BPAF, BPZ, BPP, BHPF, and more. As you can see, all of these alternatives still have the compound bisphenol in their structure, making them only slightly different than BPA. Hunt says that these BPA replacements can interfere with the beginning stages of the reproductive process.

Both mice and humans normally get one copy of genetic material from each parent. They then connect parts of each to form the chromosome they pass down to the next generation. Hunt and her team of researchers found that both BPA and BPA free plastic could interfere with this process so severely that sperm counts in males and egg quality in females could eventually decrease. This would impact future generations as well.

Though more research needs to be done regarding the impacts of BPA free plastic on humans, scientists seem concerned about its effects. Other studies in the past year have also portrayed the possible hazards associated with BPA free plastic.

Alternatives to BPA might be just as ubiquitous. Some studies show that an estimated 81% of Americans have tested positive for BPS. A 2013 study showed that even small amounts of BPS can disrupt cellular functioning.

Some research has also found that BPS may pose even more of a threat than BPA in accelerating embryonic neural growth, which can lead to hyperactivity later in life. Furthermore, BPS has been found to induce heart arrhythmias in female rats and disrupt calcium channels due to its estrogenic properties. Bisphenol-F (BPF), another replacement for BPA, causes many of the same issues as BPA in human and animal research. More studies need to be done on these alternatives.

Common Products That Contain BPA and its Alternatives

Now that you know the risks of BPA free plastic, we’ll go over some common products that contain these harmful plastics.

As you can see, steering clear of BPA and alternate forms of it can be challenging. In order to minimize your exposure to BPA, try doing the following: 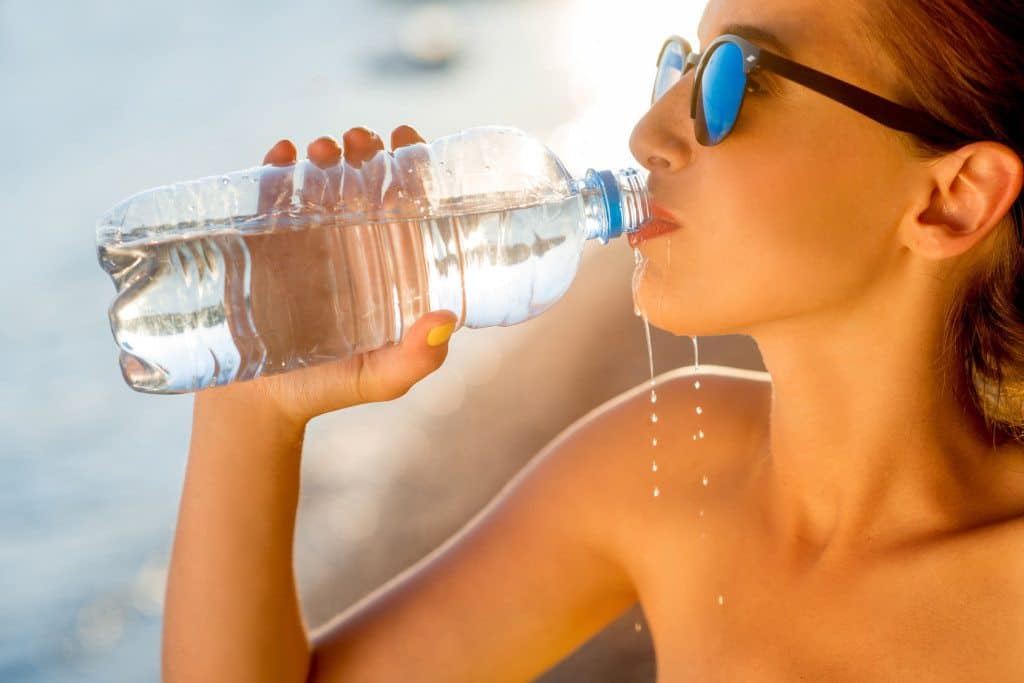