If you struggle with bipolar disease, then you know it grips you and can take over your life.

Do you sometimes feel delighted, energetic, or excited? Then other days feel very sad, irritable, tired, anxious, or hopeless?

Or are you reading this because you have a friend or family who is sometimes outgoing and sometimes seem not to enjoy their favorite hobbies?

Many people confuse such attributes to mere mood swings not knowing that sometimes they even make it hard for one to sleep, focus, or even think straight.

These signs might not not warrant the mere term mood swings but a lifelong but treatable mental disorder called Bipolar Disorder.

What is Bipolar Disorder?

Bipolar Disorder, otherwise known as ‘Manic-depressive illnesses, refers to a mental disorder that causes unusual symptoms such as shifts in moods, activity levels, energy levels, and the ability to carry out daily activities.

People with this brain disorder experience unusual behavior changes. They can abruptly shift from very happy, and active, “up,” to very sad, hopeless, and inactive, “down,” and then back again. Doctors call the ‘up’ feeling mania whereas the ‘down’ feeling depression. However, in between the “up and down” moods, they usually experience normal feelings.

According to the National Institute of Mental Health, there are no clear causes of bipolar disorder; it may be hereditary, a result of abnormal structure or abnormal functioning of the brain. Most with the disease receive a diagnosis during their late teenage years. And, the struggle usually lasts a lifetime.

18 Celebrities Who Struggle with Bipolar Disease

Who would have thought one of the greatest and best artists in the music industry would come out and accept she has been struggling with bipolar?

Mariah Carey came out to the public about her condition earlier this year saying she had her bipolar disorder diagnosis in 2001.

Speaking to People magazine, Mariah admitted living in denial and isolation for many years because she feared the stigma that is attached to bipolar as a disease. She then started treatment alongside keeping positive people around her until she got back to writing songs and making music. Mariah Carey hopes that coming out to the public about her disorder will help in eliminating the stigma surrounding mental health issues.

Jean-Claude Van Damme is a beloved actor in action films. During his rapid rise to stardom, the Belgian kickboxer Van Damme’s personal life unraveled. He divorced four times, received charges of spousal abuse, and became a cocaine addict. These happened in the 90s.

Things started making sense in 1998 after he was diagnosed with rapid-cycling bipolar, characterized by mood swings between high and low becoming much more frequent. According to diagnosis, a person needs four or more episodes or attacks of mania or depression in a year.

His doctors prescribed sodium valproate, a drug that stabilizes moods and is used to treat epilepsy as well. After taking this treatment, Van Dame’s health responded very well.

After realizing what he suffered from, Van Dame got his life back under control and reunited with his previous wife, Gladys Portugues, and has since then remained happily married. Sadly, the famous actor still struggles, even though he is open about them.

Bebe Rexha opened up about her diagnosis through Twitter when she posted that she is bipolar, and she is not ashamed anymore. She continued to explain how her next album will be her favorite one because she will no longer be holding back on anything, not even her condition.

Vincent Van Gogh is not only remembered for his legendary artwork or painting but also his eccentric, difficult, and moody personality.

According to an article published in the American Journal of Psychiatry, Van Gogh had suffered two different episodes of reactive depression, leading to the assumption that there are bipolar aspects to his history. These two episodes of depression were followed by continuous periods of progressively high energy and enthusiasm, first as an evangelist and then as an artist.

One of the youngest celebrities of our time, when she was 18 years old, Demi Lovato speaks openly bullying, her addiction, an eating disorder, cutting, and depression.

It was during her rehabilitation for the addiction that she was diagnosed with bipolar disorder. She accepted her condition and developed skills to cope with and adopted ways to manage and understand her emotions.

Demi Lavato became the celebrity spokesperson for “Be Vocal: Speak Up for Mental Health” campaign.

Leonardo DiCaprio is an Oscar-ward-winning star suffering from obsessive-compulsive disorder.

However, he has managed to keep his obsessive-compulsive disorder (OCD) tendencies under control, saying he can stop himself when the urge for OCD tendencies arise. Doctors later diagnosed him with bipolar disorder.

Mel Gibson shared information about his struggles in a 2008 documentary. He made headlines for berating a police officer during a drunken-driving arrest in 2006 and later pleaded no contest to charges on domestic abuse in 2012.

Catherine Zeta-Jones is another celebrity who has bipolar disorder. The Welsh-born star began exhibiting her condition after she began famous and experienced high stress levels. Her husband’s battle with  cancer pushed her into further depression.

Carrie Fisher rose to superstardom in her role as Princess Leia in the Star Wars movie franchise. She got diagnosed with bipolar disease at the age of 24.

Fisher Anytime Fisher gave interviews, she called for more attention, research, and awareness on the condition. Unfortunately, she died of a heart attack in 2016. 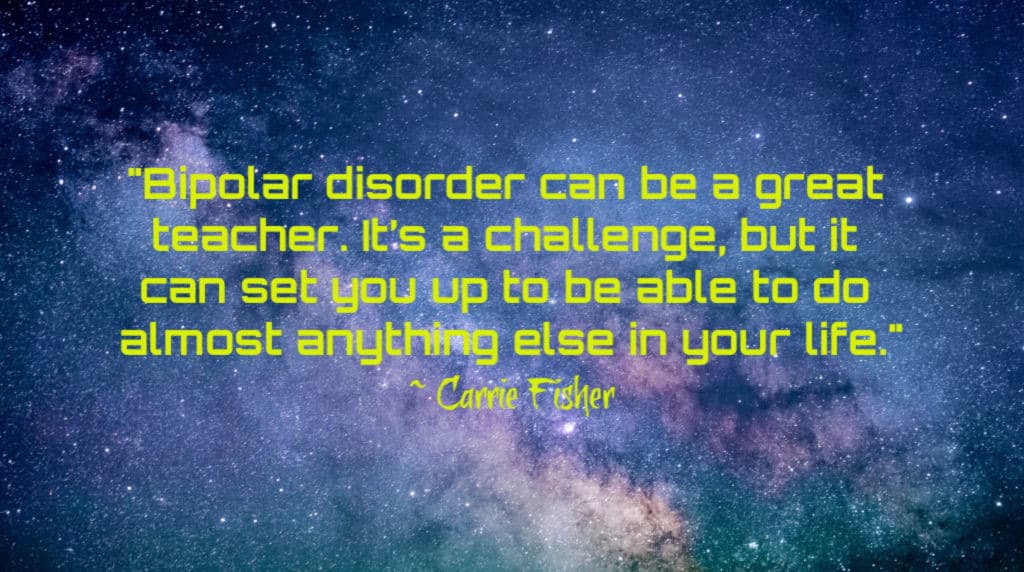 Everybody knows about CNN, what people do not know is that the founder spent most of his life battling depression and bipolar disorder.

Nevertheless, Ted Turner took a small independent television station in Atlanta and made it a global media conglomerate.

Sinead O’Connor, the Irish-born singer and songwriter, caught widespread criticism during a performance on a Saturday Night show in 1992 when she tore up a photo of the Pope.

Much later, she later revealed that she had bipolar disorder. After ten years, she shared a video giving details of her struggles with mental illness.

Kanye West uses his music to spread awareness about mental illness. However, it was not until 2018 when he accepted his diagnosis. His bipolar disorder inspires most of his musical lyrics.

For example, Kanye West raps on how he hates being bipolar in his song, Yikes. Additionally, he uses music to spread awareness of other mental health conditions such as depression.

Russel became famous in 2010 when he tied a knot with Katy Perry. What you may not know about this famous English actor is that he has bipolar disorder. Despite having an additional mental illness (ADHD), he never shies from the public.

Russell Brand is a mental health wellness advocate who references his bipolar disorder when performs or writes.

You must be familiar with Keisha Castle-Hughes’s face if you are a fan of the film Whale Rider. The award nominee publicly informed her fans that she is bipolar. In 2014, the New Zealand born actress announce on her Facebook page that she was proud to tell her fans that she the bipolar disorder.

The American born actor announced on WTF podcast that he is bipolar. He made a joke by relating his mental illness to an episode coupled with moments of spirituality. If you have watched the series, Stranger Things you have probably seen him.

Stephen Fry revealed his mental condition in a television interview. This renowned celebrity, who has high ranks in the media broadcast industry, explained how he discovered about his state. Doctors initially diagnosed Fry with massive high functioning depressions then, later, bipolar diagnosis.

If you love to watch the CBS Sunday morning show, then there is a high chance that you have seen Jane Pauley anchoring the show. The television journalist disclosed her bipolar disorder in an autobiography. She documented her experience and struggles with bipolar disorder.

He is a 52-year-old Politian who announced his mental health condition in the late 1990s. He serves as an advocate for mental health reform. Most people remember him for his legislative role in the United States House of Representatives. 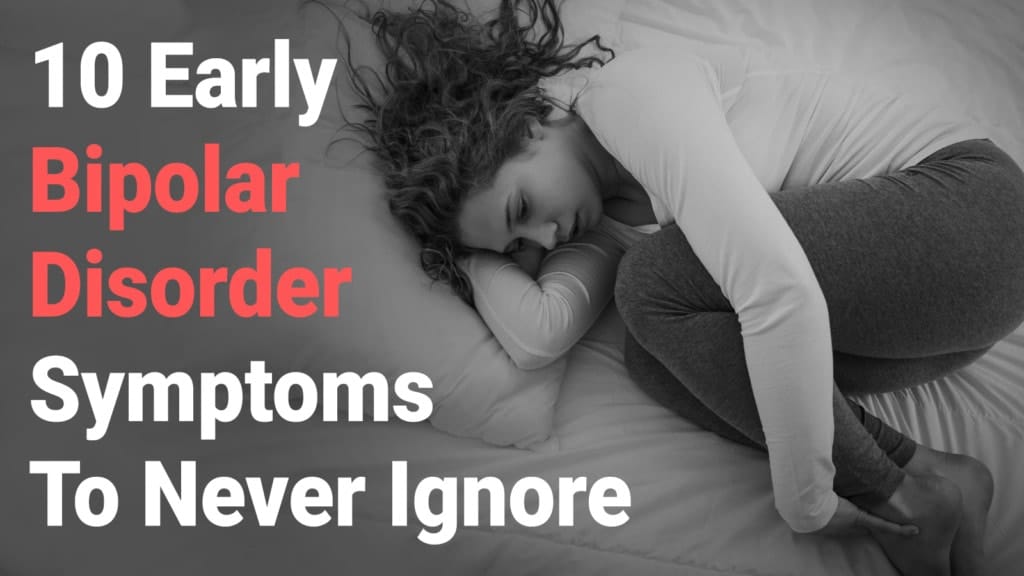 When these famous celebrities publicly acknowledge their struggles with this mental illness, they help in spreading awareness about the condition. You should study the signs of bipolar disease and seek help from your nearest psychiatric. If you fear disclosing your bipolar status, the above list of 18 celebrities with the disorder can help you gather the courage to seek help.

Remember, receiving a diagnosis of Bipolar Disease should only be done by a qualified physician. Seek the professional help you need.  If you experience feelings of self-harm or suicide, contact the National Suicide Prevention Lifeline 800-273-TALK (8255) right away.