Bipolar disorder, previously known as manic-depressive disorder, is a serious condition that is often accompanied by self-harm and can even lead to suicide in severe cases. Bipolar is a mental illness which can cause dramatic shifts in a person’s mood and behaviors. It is characterized by periods of depression as well as elevated moods–known as mania–that could each last a week or more at a time.

Regarding the position of the National Alliance on Mental Illness (NAMI) on bipolar, “The condition affects men and women equally, with about 2.6% of the U.S. population diagnosed with bipolar disorder and nearly 83% of cases classified as severe.”

Because bipolar comes with many risk factors, including self-harm, it is important to notice early warning signs. The following are the top 10 bipolar disorder symptoms to never ignore. The earlier these symptoms are recognized, the more quickly the condition can be diagnosed by a doctor and treated properly to ensure a healthy life.

Depression is one of the leading causes of self-harm and suicidal ideation in bipolar patients. It is marked by low moods, low energy, lack of interest in usual activities, and loss of appetite or overeating. Bipolar is often mistaken and misdiagnosed as depression, so it is important to watch for other bipolar disorder symptoms as well. As many as 20% of people who tell their doctor they’ve been feeling depressed are actually undiagnosed bipolar.

If you find yourself feeling depressed, try reading through these ten things that can improve mental health.

The second most common of the bipolar disorder symptoms is mania or elevated mood. To be diagnosed, a person must have experienced at least one episode of mania. Some people with bipolar disorder will have many episodes of mania throughout their life while others may experience them rarely.

In the manic state, a person is more likely to have irrational thoughts and engage in unhealthy behaviors such as overspending, gambling, or drug use. The elevated moods of mania may feel appealing to the person experiencing them, especially after a bout of depression; but it’s important to learn to identify bouts of mania, as they can result in impaired judgment and reckless behavior.

A bipolar patient who is in a manic episode can be known to speak very quickly. This usually coincides with erratic thoughts that the person is trying to convey to others, but the individual’s speech is so quick that they are often not understood by others. This is known as “pressured speech” and is the person’s attempt to try to convey their racing thoughts even though their words are not understood by others. It can be easy to tell when a bipolar person is talking fast as the conversation itself will most likely be one-sided.

Bipolar individuals often develop an inflated ego and feel like they are better than others. While most people have a moderate and healthy amount of self-esteem, people with bipolar may have an elevated sense of self and feel superior to others. This superior sense of self usually occurs in tandem with a manic phase. As a result, individuals are more likely to engage in social behaviors that would otherwise be overwhelming to them. The person may attempt to be the life of the party or go on a spending spree which may compound their existing anxieties and increase their risk of further manic episodes.

This phase can be difficult for friends and family as the individual may talk down to them or make them feel inferior. However, this phase usually declines into depression and self-loathing, leaving the person to regret the things they said and decisions they made.

While in the manic phase, many people may experience erratic thoughts. While most people are able to focus on a singular train of thought until a task is complete, sufferers of bipolar have difficulty concentrating on one thought for any length of time. Their minds are full of emotions and ideas that they find it hard to deal with. They jump from one topic to another and have trouble keeping one train of thought. During this phase it is hard for the person to speak in coherent sentences, and the individual may have difficulty keeping a conversation going for more than a minute or so.

Often their mind may make connections between subjects where there are none. The individual may also have disturbing thoughts and not understand why. Racing thoughts can be difficult to diagnose as sufferers of bipolar disorder symptoms are often not aware that their thoughts are erratic.

With erratic thoughts come erratic behavior. Normal routines are broken when accompanied by erratic thinking, and a person with bipolar can begin to display overindulgent behaviors. These may manifest through excessive consumption of drugs and alcohol, spending beyond their budget on unnecessary extravagances, or hyper-sexual activities such as engaging in affairs or unsafe sex. As a result of these behaviors the individual’s life can begin to break down when a bank account is drained or a relationship is abruptly ended. It is important to watch for any erratic behaviors to determine whether a person in your life may be bipolar. It’s important to remember that only a doctor can diagnose such symptoms, but spotting symptoms early can assist with finding treatment options while the condition is still manageable.

People with bipolar have a disproportionately higher chance of suffering from substance abuse problems. If they are not on medications prescribed to help their bipolar disorder symptoms they will use drugs and alcohol as a way to self-medicate.

During a manic phase, drugs and alcohol can be used to ease the symptoms of racing thoughts or inability to sleep. A bipolar person may use drugs or alcohol as a way to cope with their sad feelings or even as a way to escape self-harm or suicidal thoughts.

Unfortunately, these self-medicating measures tend to backfire as drugs and alcohol can often increase the feelings of mania or depression which can lead to reckless behavior or suicidal thoughts. Because of this, it is best to avoid drugs and alcohol or to use them in moderation if you have been diagnosed as bipolar.

Because bipolar is often accompanied by depression, there is always the risk of suicidal thoughts. People in the depression phase of bipolar disorder often have thoughts of ending their lives. Even if the individual is properly diagnosed and on medication and regular therapy, suicidal thoughts are something that should be taken very seriously, as suicide is not uncommon for bipolar sufferers.

Rational thought is often pushed aside during manic phases, and this can lead to reckless behaviors. Overspending, sometimes referred to as “retail therapy,” occurs with many people who exhibit bipolar tendencies. The erratic thoughts of a person in bipolar mania may prohibit them from recognizing that they are spending more money than they should. Overspending often leads to a drained savings account or excessive debt which can in turn trigger a sense of guilt for causing the situation in the first place. 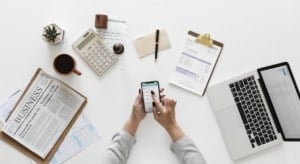 The final symptom to look for in a bipolar person is guilt. Because mania can lead to erratic thinking and behavior such as overspending, the individual often ends their period of mania with a sense of guilt toward how they treated themselves and others.

This sense of guilt is the catalyst for mania transitioning into depression. Often the feelings of guilt toward how the bipolar person treated someone else will lead to guilt which will lead to depression and before you know it, the person is deep into a depressive phase of their bipolar disorder.

With medication and therapy, the feelings of mania and depression can be reduced, meaning that the feeling of guilt will be less likely to occur as the mania will recur with less frequency. This may also diminish the risk of depressive episodes.

It is important to remember that sufferers of bipolar often have little or no control over their emotions. It can be frustrating to engage with a loved one who is bipolar, but they do not choose to have their mood swings and can often be as frustrated with themselves as any friend or family member could be. Here are ten common myth about bipolar disorder to help you get an understanding of many of the misconceptions around mental health issues.

It’s important to remember that despite the difficulty the symptoms may cause, bipolar is manageable. With proper lifestyle changes, regular therapy, and a strict diet and medication regimen most people are capable of living a healthy lifestyle with bipolar. Therapy can help to manage with erratic behaviors while doctor’s visits and medication are known to help with the drastic mood swings of the disorder.

If you believe that you or a loved one may be bipolar it is important to make an appointment with a mental health professional to receive a proper diagnosis. But remember that the diagnosis does not mean the end of the world. It means that a person will have to take extra care in their life.