Although the stigma surrounding mental health is diminishing, many people still don’t believe mental illnesses exist. They might dismiss someone’s very real feelings and symptoms as being “in their head” and that they should just “suck it up” or “be more positive.” These statements only make the person with the mental illness feel even worse and may even result in a breakdown.

No matter who says mental disorders don’t exist, psychologists and other mental health professionals will tell you otherwise. In fact, according to the World Health Organization (WHO), one in four adults will suffer from a mental illness in their lifetime. Around 450 million people worldwide suffer from some type of mental disorder currently, and that number is likely on the low side. Many people who deal with mental health conditions don’t seek help and don’t report it to anyone due to the negative stigma surrounding mental illnesses.

Therefore, we want to put some of the myths about mental health to rest, because people with mental illnesses don’t deserve to deal with further unnecessary pain from those who don’t understand what they go through on a daily basis.

Like we said before, telling this to someone with a mental disorder is not only untrue, but it’s very hurtful and destructive. The person with the mental disorder likely already feels guilty for their disorder because of the perceived burden it places on their loved ones. Even if they haven’t expressed their feelings to a mental health professional or their family/friends, they might still feel guilty for not being able to function like “normal” people.

Those who are not educated about mental disorders might question their veracity because the symptoms usually aren’t visible on the outside. However, for the person suffering, the symptoms they deal with cause very real physiological reactions. When it comes to mental health, it helps everyone out by taking these conditions seriously, because questioning someone’s illness might make them second-guess if they really need help or not.

2. I don’t know anyone with a mental health condition.

Chances are, you probably do. Here are some statistics from the National Alliance on Mental Illness (NAMI) that might surprise you:

This means that the likelihood of you knowing someone with a mental health condition is fairly high.

As stated above, 13% of children aged 8-15 deal with a mental health condition. Many mental illnesses actually begin in childhood but aren’t diagnosed until the late teenage or early adult years. In fact, 50% of people with a mental health disorder will experience symptoms by the age of 14.

4. There is no effective treatment for mental illnesses.

Successful treatment methods will vary from person to person, but generally, therapy, medication, self-care, positive thinking, or a combination of these can work wonders for mental health conditions. Some people may only need diet and exercise, for example, while others require that plus therapy. Others may only respond to medication; however, the important thing is to get help and not feel ashamed to do so.

5. People shouldn’t seek help until they are having a breakdown.

This couldn’t be further from the truth. People with mental health conditions should get help BEFORE things get out of hand, because treating the condition early on could actually prevent a future meltdown. It can help an individual manage the condition so they don’t have a severe episode in the first place. In general, most people should seek help at the onset of their condition, or at least in the first few years that they experience symptoms.

6.  Mental illnesses are people’s own fault.

This is probably one of the most hurtful myths out there. No one chooses to have a mental disorder, because why would anyone choose such suffering and pain? Not a single person in their right mind would want that for themselves, so please show compassion and kindness to those suffering instead of passing judgment on them. No matter how hard people try to manage their conditions and addictions associated with stress, it can still cause immense pain for someone in their daily life.

Mental illnesses can happen to anyone, regardless of age, gender, economic status, race, etc. They are believed to be caused by a combination of factors such as genetics, environment, personality, diet, and stress levels. Timely diagnosis of mental illness is crucial as they can prevent addiction to drugs and alcohol. Many patients who have undergone fort myers treatment, swear by such treatments provided by rehab’s which help them to get out of their mental state.

7. People with a mental health condition should keep their thoughts to themselves.

Once again, this is a very dangerous assumption. Most people, even if they don’t have a mental disorder, need to vent from time to time. So, a person dealing with a mental health condition deserves the right to talk to someone about it if it can make them feel better. Talking about one’s problems can help with gaining a new perspective or simply getting things off one’s chest. Telling someone with a mental illness to “stop whining” or to “suck it up” causes much more harm than good.

8. Those with mental disorders are violent.

While some people with mental health conditions can become aggressive and physically abusive, it’s not fair to make that assumption about everyone with a mental illness. In fact, most people with mental disorders do not exhibit violent behavior.

9. No one can prevent a mental illness.

It’s hard to say if this is true or not. Some people with a predisposition to mental illness might be able to prevent it by exercising, eating well, getting enough sleep, and having good parenting as a child. As we said before, genetics and environmental factors play a huge role in mental illness, so parents may be able to prevent a mental illness in their children with proper parenting. However, more research needs to be done before any clear judgments can be made in this respect. 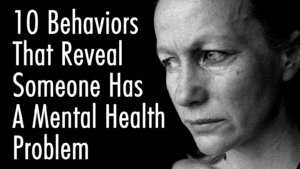 10. Poor parenting is the culprit.

As with any mental health condition, it’s difficult to pinpoint just one cause of the illness. Placing the blame solely on the parents isn’t fair, as they might have had nothing to do with it. Usually, environment does play a role in mental illness, but not always. People who grow up in stable and supportive environments still develop mental illnesses, and people who grow up in unstable, chaotic environments don’t always suffer from a mental health condition. So, you can’t really blame parents for a child’s mental illness, because there are a lot of factors at play.

When it comes to mental health, the people suffering would like nothing more than freedom from their conditions. However, learning how to manage or overcome a mental disorder is no easy task. If you know someone with a mental disorder, the best thing you can give them is support, compassion, and your companionship.

Ending the stigma begins with you, so instead of blaming a person for their condition, try to understand them. Offer to assist them in finding the help they need, or listen to them if they need someone to talk to. Showing kindness to someone, especially those with mental disorders, costs nothing and can even save someone’s life. It’s time to end the stigma once and for all. 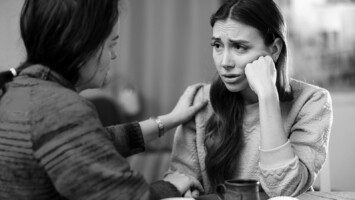 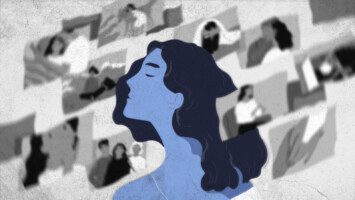