Plastic waste is the most problematic waste product on the planet. It has terrible effects on the world and the environment. All plastics are made from natural resources that are not renewable or sustainable – including coal, crude oil, and gas.

Nine single-use plastic bags, like the ones provided at a typical grocery store, contain enough petroleum energy to drive a car one kilometer. This type of energy is known as embodied energy. Non-recycled plastic which gets thrown out after just one use wastes the embodied energy it contains.

This depletes resources and also causes a lot of waste material to flood the planet. That’s why Australians have worked so hard to reduce its usage of plastic bags. Their efforts thus far have been incredibly successful. In only half a year, their consumption of plastic bags has decreased significantly!

But how. And just as importantly, can other countries replicate this success? 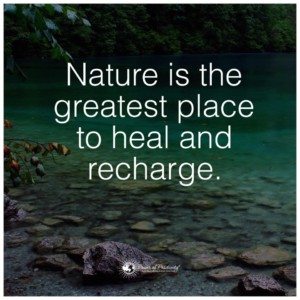 In 2018, two of the largest supermarket chains in Australia decided to impose a single-use plastic bag ban on all their establishments. This led to an impressive 80% drop in overall plastic bag use in the entire country, says the National Retail Association.

Woolworths Supermarket was the first to make this decision in June 2018. This led to a shocking 1.5 billion plastic bags saved from a fate in landfills from that single supermarket.

Shortly after, in July 2018, Coles followed suit and decided to make a permanent switch to cloth bags. Their new policy was implemented on the same day that Queensland’s plastic bag ban went into effect.

Countless people around the country are giving these companies praise for their efforts to move towards a greener, more sustainable business model. Today, a stroll into a grocery store in Australia reveals that most shoppers bring their own shopping bags with them, all throughout the country – a huge step forward in reducing plastic bag usage.

In addition, retailers with that much influence in the country are sure to pave the way for other, smaller businesses to follow suit, making it desirable to produce reusable alternatives. It prevents customer alienation and will allow many businesses to implement greener solutions without the worry of dealing with the backlash.

A next step would be for these supermarkets to work on their other sources of single-use plastic usage, such as in wrapping produce.

The Threat of Plastic

The world’s oceans have been suffering for decades. Compared to the 1950s, around half of all coral reefs have been lost to a variety of issues. We now only retain a depressing amount of large fish, having lost 90% of those we once had.

While the ocean is affected by rising temperatures, climate change, and overfishing, the ocean’s largest enemy is plastic. Eighty percent of litter crowding the ocean is made from some form of plastic; if things don’t change, projections state there will be more plastic than fish in the water by the year 2050. Here’s why this situation is so severe.

We can see huge amounts of plastic floating over the water, and the worst part is that what we see only represents 5% of the actual total plastic in oceans, seas, and waterways. The other 95% lies beneath the surface, harming aquatic life and ecosystems, and even tourism.

This is an unfortunate byproduct of the current state of plastic production around the world, which is 20 times more than it was 40 years ago. Every year, an additional 8 million tons of this harmful material end up in oceans and seas. Today, between 15 and 51 trillion pieces of plastic can be found in the ocean.

Plastic is an incredibly durable material, which seems like a positive thing – until you realize that this means it doesn’t deteriorate or rot. Plastic in the ocean doesn’t just fade away; it stays there for centuries, causing more and more to accumulate. In fact, experts state that all types of plastic that have ever been made still exist somewhere today.

Only 14% of the plastic in the ocean can be recycled, so just recycling won’t be nearly enough to stop the continual addition of more plastic in the ocean. To make matters worse, they continue to release toxic chemicals into the water for the entire time they are down there.

Plastic is a light material with very little density. This allows it to wind up being transported on the waves to all sorts of places around the world. This means that plastic waste isn’t a problem for just one nation – it affects the whole earth.

The presence of plastic in our oceans is very dangerous to the life within it, and the lives that depend on it. Over 300,000 aquatic and marine creatures are either harmed or killed by plastic.

This happens because underwater life becomes tangled in plastic. Some creatures (including seabirds, fish, turtles, and mussels) consume the plastic, harming their digestive systems fatally.

Many who see dead animals in or near the water will witness the harrowing sight of plastic still within their bodies as they decompose. It’s truly horrifying how deadly these plastics are, as it is estimated that 99% of all birds of the sea will have consumed plastic at some point by the year 2050 if the trend continues.

Unfortunately, with new innovations and technology come even more harmful forms of plastic. Many cosmetic products add microbeads to their products, and these are actually extremely tiny bits of plastic. They are most commonly used in scrubs and also in toothpaste.

These microplastics pass through filters and drains, so they often wind up in the seas and oceans, where they will be consumed by a variety of marine life.

The State of Australia’s Plastic Waste

Australia is, without contest, the second-highest waste producer of all countries in the world. (The first is the United States.) This is due to the fact that landfills in Australia collect over 1,520 pounds’ worth of waste material annually – more than enough to cover Victoria, one of its states!

Of this amount, 35% of the waste is plastic, making it one of the most common types of waste thrown out in the nation. Additionally, 16.6% of plastic waste was caused by plastic bags in 2017; hopefully, these numbers are dwindling now with more companies stopping their usage of this material. As such, we can look forward with positive thinking.

This is likely why all states and territories in the country have begun taking steps towards curbing further plastic use. Kmart and Target, both large retail companies, have also made promises to stop utilizing single-use plastic bags in their outlets. These pledges were made this year.

What You Can Do To Reduce Plastic Waste 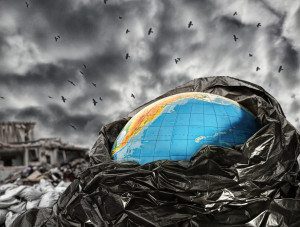 Plastic use doesn’t just affect Australia. It’s a global problem. So, no matter where you are in the world, you can do your part for the planet by cutting down on your own plastic waste. It sounds difficult, but don’t worry! Keep your positive thinking going and take a look at these tips.

a)    Get Reusable Shopping Bags

One trillion plastic bags are produced, used, and then disposed of on a yearly basis internationally. In the US, that number is 100 billion – meaning nearly all Americans use a single-use plastic bag every single day. Compare that to a country like Denmark, where the average person uses four of these types of plastic bags in a year!

Buy some shopping bags that you can bring along with you when you go shopping. You can get them in all sorts of sizes to best suit your needs.

The main problem with single-use plastics is that they have to be thrown out after every use. Don’t allow that to happen. Go for items that you know you can reuse or drop in a recycling bin. This keeps energy commodities in check and allows for renewed resources.

Eighteen percent of all plastics in the world are recycled. Some countries do so better than others. In the US, that percentage drops to 9%. So do your part to reduce, reuse, and recycle!

Plastic bottles are responsible for a lot of plastic waste, which is why so many cities have banned them around the world. Buying a reusable bottle and stopping all plastic bottle purchases a good way to help reduce plastic waste.

Concerned about water quality? Boil water before using it, invest in a good water filter, or buy a bottle that has a filter built in. There are some reusable bottle products designed to make virtually all water drinkable, too. So take a look at those!

Stop taking straws with your drinks. Decline to have them included when you’re picking up a beverage from a store.

If you have a medical need that requires you use straws, and plastic ones are your best options, see if you have any alternatives. Metal straws and paper straws are great options. Furthermore,  innovations now make them as safe and functional as plastic!