Animal protection laws have become more strict as concern grows in regard to animal cruelty. Currently, most U.S. states have made certain forms of animal cruelty a felony; however, in most jurisdictions, animal cruelty is still charged as a misdemeanor offense.

While the U.S. may still have a ways to go, animal rights have progressed greatly in other parts of the world. Public awareness of animal rights is on the rise, and many people are finally seeing how important animals are to this planet.

Below, we will go over 10 animal cruelty laws that show how we’re taking some steps in the right direction.

10 Animal Protection Laws That Prove We Are Awakening

1. New Zealand says animals are sentient and made animal cruelty punishable by offense.

New Zealand is one of the world’s leaders when it comes to animal protection laws. According to World Animal Protection, the New Zealand Animal Welfare Strategy recognizes the sentience of animals, and says that their behavioral and basic needs should be met at all times. Animal cruelty of any kind, including studies and experiments, is illegal in New Zealand. Also, the country has enacted laws limiting the harm caused to marine mammals and game animals.

2. Poland has a law that requires a person to call the authorities if they find an abandoned dog or cat.

According to World Animal Protection, if you find an abandoned dog or cat in Poland, you must notify an animal shelter, firefighters, or police. Commercial breeding of dogs and cats is also illegal in Poland.

3. You can get up to 10 years in jail for stealing a dog in Virginia.

In many U.S. states, animal protection laws are a bit lax. For example, if you steal a dog, it wouldn’t be considered a felony in most states, as dogs are considered property. Most of the time, people get away with it since it’s not considered kidnapping. However, according to Tingen & Williams, stealing a dog in Virginia is a Class 5 felony punishable by up to 10 years in jail, no matter how much the pet is worth.

4. For couples getting a divorce in Alaska, the judge decides who gets to keep pets.

According to the Washington Post, in 2017, Alaska became the first state to take into consideration animal protection in divorce cases. Judges determine who will get custody of the pet based on who he or she thinks is best fit to take care of it.

According to the Moscow Times, this comprehensive law bans animal cafes, animal fights, petting zoos in malls, and keeping animals in bars or restaurants. Also, killing stray dogs and cats is prohibited. This law was introduced back in 2010, but it took legislators eight years to put on the finishing touches.

6. The Netherlands requires people to pay an annual dog tax.

The Netherlands has a huge goal: to become the first country without stray animals. According to Expatica, the majority of cities in the country have an annual Dog Tax, which is determined based on the number of dogs in each household. All dogs must be registered at their local town hall. Why the tax, you ask? Lawmakers believed it would make people even more responsible for their pets.

7. In the UK, animal cruelty is punishable by a maximum of 5 years in prison.

According to Independent, the UK confirmed that the maximum sentence for animal cruelty will increase to five years. The maximum fine will rise from £5,000 to £20,000 as well. 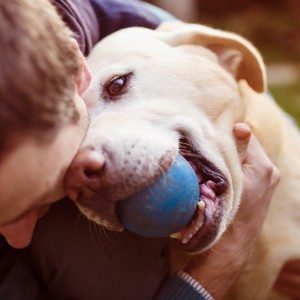 Germany is also considered one of the world’s leaders when it comes to animal protection laws. According to World Animal Protection, you can get fined up to 25,000 euros for killing a protected animal. Did you know wasps are protected in Germany? This is because they help clean the environment and don’t harm anyone (except for a sting if you get too close). However, don’t worry if you happen to kill a wasp there; the law applies only if you kill a whole nest of wasps.