There are literally millions of animal species on Earth, and scientists are discovering new ones each year. Animals are fascinating to observe and learn about because they all have different ways of surviving and adapting to their environment. Today, we want to explore the animal kingdom a bit and talk about the weird animals that often get overlooked. See if you have heard about any of these strange animals before!

These strange looking amphibious fish are found along the coastlines of several East Asian countries and are known for their ability to stay out of the water for long periods of time.

These birds live in the western U.S. and southern Canada. Males have a pair of gular sacs on their throat that inflate during courtship to impress females.

This might look like a tall fox, but it’s actually not a fox or a wolf! It’s a distantly related member of the Canidae family and is native to South America. 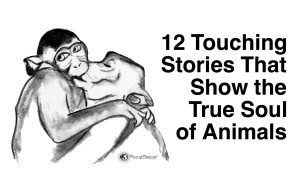 Native to only a few small islands in Indonesia, this weird animal that you didn’t even know existed before has four tusks, which are the result of enlarged upper and lower canine teeth.

This unusual animal is native to South Asia, Southeast Asia, and northern Australia and is most closely related to the killer whale.

Is this little guy adorable or what?

Those scales definitely look like they could hurt somebody!

These weird animals almost look unreal! Have you ever seen one of these before?

These strange looking creatures can actually regrow their limbs! They’re kind of cute, too. 🙂

This is the longest (known) bony fish on the planet, reaching a length of up to 56 feet!

Which of these animals do you think is the weirdest? Share with us in the comments!