Do you ever find yourself lashing out in sudden or uncontrollable anger sometimes? Perhaps you know a coworker or a family member that has issues dealing with anger? We’re not talking about simple “tantrums” that may occur because of some type of annoyance. We’re referring to explosive, all-out, scary anger that can leave people confused about why you reacted the way you did.

If you’ve experienced this type of anger, you aren’t alone. Close to 9 percent of Americans (almost 22 million people) have had some uncontrollable moments of anger. It’s a major problem in this day and age.

If you’ve recognized that you have anger issues, congratulations! That the first step in fixing the problem. Now you need to find ways to cope with it.

Below are ten healthy ways that psychologists agree will help you deal with anger issues. 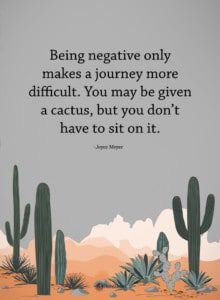 1. Calm Down Before Addressing the Issue

When you suddenly become angry or enraged, dealing with a problem in a civilized way is probably not where your head is at that moment. Your emotions are running high and you’re reacting instead of responding. Doing this won’t accomplish anything other than aggravating the situation more.

If you’re able to, remove yourself from the situation. Take time to calm down. It doesn’t matter if it only takes a few minutes, a few hours, or a few days. After your anger subsides, you can return to the place or person to work out the problem calmly.

Breathing exercises are great for dealing with anger. They have both physical and mental benefits. When you get angry, your body sends “signals” to your brain signaling something similar to a “fight or flight” response. This is why you can have such an explosive reaction to a situation.

Breathing in and out helps to calm this response in your brain. Slow, steady breathing signals to your body that things are okay and there is nothing to be concerned about. This brings you to a calm state so you can resolve your issue without overreacting. There are several breathing exercises you can try, but in the heat of the moment, breathing in and out a few times is the quickest way to calm down.

When you know your emotional triggers, you can make the choice to avoid situations that will make your issues with anger flare-up. While this isn’t a “solution” to your anger issues, it will at least keep you from blowing up until you can get a handle on it.

With this being said, some people aren’t aware of what their triggers are. It can take some time to be able to recognize them. Here are a few ways to spot your emotional triggers in a situation:

Meditation has long been regarded as a way to fight health conditions, psychological disorders, and pain. It’s also a great way to practice being calm, to reduce stress, and to control your anger. If you have issues dealing with anger, incorporating meditation into your life a few times a week can help you begin to manage your anger issues over time.

The great thing about meditation is that it’s easy to do, free, and can be done in the comfort of your own home at a pace that suits you. There is plenty of information online about how to start meditating. The key is to not give up – keep your sessions going and you’ll be surprised at how well you start handling issues that usually cause you to fly off the handle.

5. Think Before You Speak

You’d be surprised at how different your reaction would be to a situation that makes you angry if you just take a few seconds to think about what you’re going to say. Angry outbursts are usually done in the heat of the moment. As stated before, you react to the situation instead of responding to it.

When you force yourself to stop and think, your anger gets a “cap” put on it. Essentially, by focusing on your response, you delay the reaction which weakens the outburst. The longer you think, the more your anger will subside.

Stress has such a major effect on your life, especially on your emotions. When you’re stressed out, even the smallest things can set you off. In many cases, it can cause you to react in such a bizarre way that you regret your reaction almost instantly.

Any number of things in your life can contribute to your stress. In fact, stress can cause more problems than the ones you’re already dealing with, which will make you even more stressed. Getting rid of stress is easier said than done, but you must try anyway because your temper isn’t the only thing that stress will affect.

Without getting too scientific, the reason that sleep deprivation leads to anger issues is that the amygdala (a gland that is responsible for emotions) doesn’t function correctly. It becomes more susceptible to negative emotions so anger gets a bit of a boost. The good news is that, as long as you aren’t deprived of sleep long-term, you can reverse this by getting a few good nights of sleep.

Unexpressed anger is sometimes called “pent up anger”. Many people keep their emotions to themselves. They are incapable or unwilling to express how they really feel. This allows their emotions to be directed inward and to simmer. The result is that eventually you’ll get full and the anger will boil over.

Pent up anger can cause a phenomenon called displacement. This can cause you to act your anger out on the wrong target. For example, you yell at a coworker because you had a fight with your spouse before you got to work. Avoid pent up anger by expressing what’s bothering you at the time that it’s bothering you.