You may have heard that men and women express love differently. Affection is a common way of expressing love. You may wonder what this looks like for your guy. So, let’s take a look at the ways that a man shows affection.

How vital is affection?

Recent studies suggest that physical contact, like affectionate hugs or cuddles, increases good health and well-being in adults. Some say that affection holds a relationship together. It is the best gauge of your partner’s interest level.

Are you looking to understand how women display their tender inner feelings? We cover female behavior in a companion article.

So, what are the ways your man shows you his affection?

One study found that men express love by sharing leisure activities with their partners. If your man likes to ride bikes with you, walk your dog, or go to the movies with you, he’s expressing his love and commitment to you. Don’t miss this expression of his affection because he’s saying you’re the one he wants to hang out with all the time.

Does your man do housework? The same study found that men show affection for their partners by pitching in on the chores. It’s their way of showing they care about you and the home you share. Maybe your guy cooks dinner every night since you work late, or he washes the laundry every week. Whatever he’s doing, it’s his way of saying he loves you.

Men express affection by initiating physical intimacy. When your man wants to touch your hair, back, or face, he’s saying he’s attracted to you and wants to express his physical attraction. If a guy is reluctant to have sex or acts disinterested in physical intimacy, it’s a bad sign. Some say that sex is a good gauge of how a couple is doing because of a lack of affection and intimacy means you have a platonic relationship rather than a romantic relationship. Of course, there are periods when you’re both exhausted taking care of the kids, but for the most part, intimacy should be a part of your relationship and your man should be initiating it sometimes.

Guys buy gifts to show they care. It’s their way of displaying love. When your man is interested in you, he’ll pay attention to your favorite colors, your favorite foods, or scents. He knows the stores where you like to shop. He’ll buy you small gifts. He might bring home flowers if you’ve had a tough day at work or home with the kids. Perhaps your love might even arrange a babysitter and take you out for dinner or a movie. He’ll get you jewelry or perfume. He’ll love surprising you with little gifts and watching your reaction. He’s still falling in love with you and shows it with small affection gifts.

A guy who doesn’t want to meet your family or friends is a guy who isn’t sticking around long. Genuine affection means meeting the people you love. Your man will make an effort to make a good impression on your folks and reach out to your little brother. He’ll invite your friends over for drinks and ask you to invite people along on your beach trip. He cares about who you care about because you’re important to him.  Never overlook this gesture; it’s a sure sign of affection for you.

Some guys aren’t that great at expressing their emotions and feelings. Just saying, “I love you,” may not sound that articulate, but to a man, it’s a massive step towards commitment and affection. If your guy initiates saying I love you, he’s expressing his love for you. He wants you to know he is in love with you. He’s willing to be vulnerable because you’re that important to him.

7. Talks about the future and includes you

When your man talks about plans, including you, that’s a sure sign he’s committed. His future planning of events is an affectionate way of saying, “Let’s do life together.” Your relationship isn’t just a short-term thing to him. He may be planning to go to a movie next week, or flying to California to visit his family for the holidays, or driving to the mountains to ski, but if he’s making plans using the word “we,” he’s demonstrating his affection and care for you. Take notice if he includes you, he’s showing you he cares and wants you with him wherever he goes.

Your guy loves to listen to you. He looks in your eyes. He smiles at your excitement and the way you wrinkle your nose when you laugh. He’s all ears when it comes to what you have to say. He’ll listen to you more than to his friends or his mother. He’s attentive to you; your words affect him because you’re his priority. He’ll take what you say to heart, even if he doesn’t act like it. You may not realize the power of your words, or that what you said made a difference until he does something that shows you he heard every word you said.  He cherishes your approval and listens because he cares so much about your opinions and thoughts.

Your man shows his affection by supporting you in your accomplishments and goals. If you want to do something, he encourages you and helps you work toward those goals. He’s willing to give up his time to watch you perform in the ballet or read your manuscript. He’s not competitive or jealous of you. He wants you to succeed and is willing to do what it takes to help you meet your goals. He’ll be so excited about your accomplishments that he’ll brag about you to others. You may need to quiet him down a bit because he’ll be your biggest cheerleader.

It’s a guy thing, but men show affection by being protective. It can be exasperating sometimes, but it’s a sweet way to show he cares. He’ll worry about you if you’re out late and text you to see when you’ll be home. When you’re sick, he’ll be ridiculous in the way he worries over you. He’s ready to jump into your ring to defend you.

Men show their affection by working to resolve conflicts. They don’t like to have anything between the two of you. Your guy will work hard to figure out what’s wrong and how to fix it. He’ll be adamant about talking things out and be quick to own his stuff. Don’t miss this sign of affection because it’s a sure sign he cares enough about the relationship to work hard to bring peace back.

When your guy loves you, he is sorry when he hurts you. He is quick to admit he was in the wrong. He won’t deflect or blame you. He’ll take responsibility for what he did. He won’t whine or get moody. He’s mature and reasonable. He’s ready to be humble and admit he’s wrong. 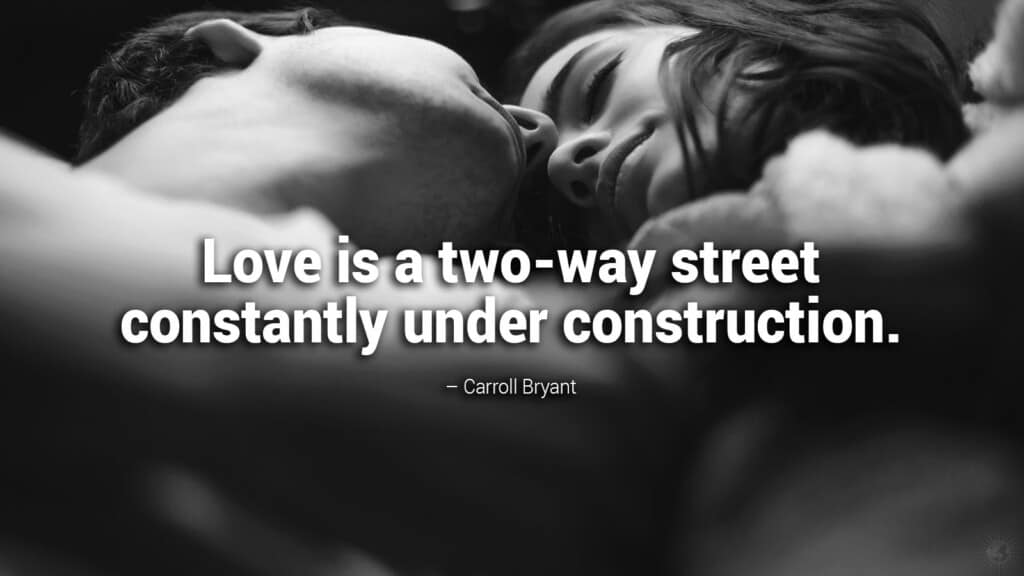 Affectionate men notice everything about their women. Your guy pays attention to everything about you-your hair, your eyes, your ups, and downs. He’s in tune with you because you’re his priority. He wants to please you by wearing clothes you like or smelling sweet. He showers and keeps his hair neatly groomed. He’s conscientious about his weight, staying trim and in good health. You are important enough for him to work hard to remain attractive to you.

Your guy is still falling in love with you every day, whether you’re having a good hair day or a bad hair day. He’s not critical of how you look without makeup or when your hair isn’t styled. He’s in love with you for who you are, and he loves the way you look all the time. He’ll compliment you on your clothing choices or your new perfume. He’s attracted to your looks, but you are more to him than just looks. He’s interested in your thoughts, your personality, and your emotions. You are a total person to him that he finds attractive.

When your guy opens up about his feelings for you, it’s a sure sign of his affection. He trusts you enough to be willing to become vulnerable with you. He isn’t ashamed to cry or say he’s sad. He’s honest when he’s disappointed or scared. He wants to open his heart to you and share intimate details of his struggles, dreams, and disappointments. You are his primary support and guide. He looks to you for advice when he’s having a hard time. 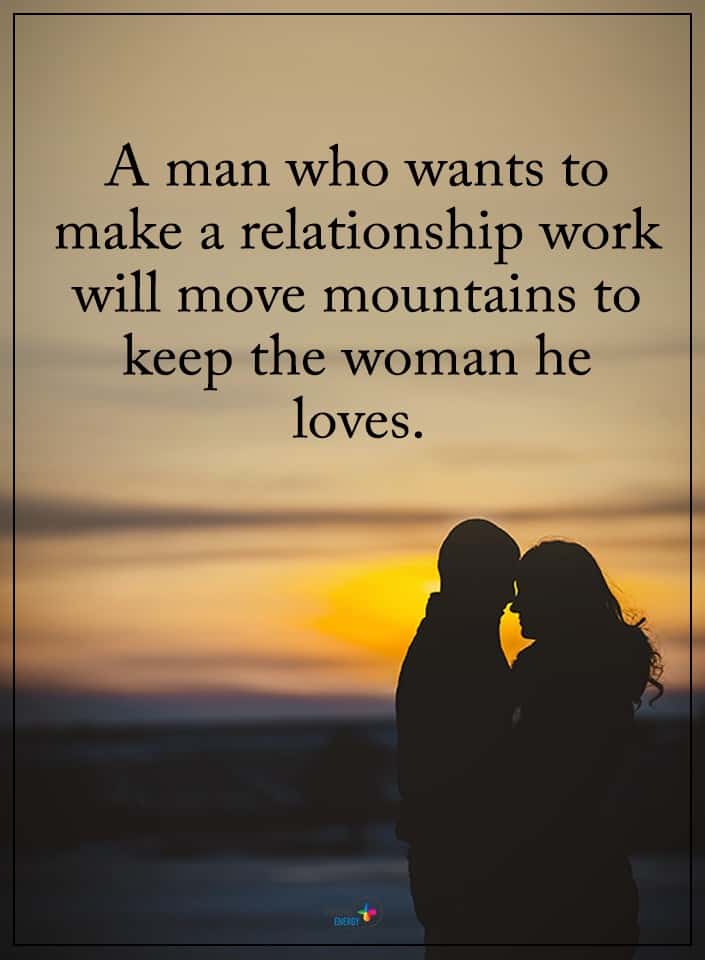 Many guys find it hard to open their hearts, so when your guy does this, he’s here to stay and wants you to know it. If you see these signs, then he is a keeper!