Winston Churchill. Margaret Thatcher. Bill Clinton. What do all of published a study these individuals have in common? Yes, they were all heads of state and leaders of their respective countries. They each also indulge in a mid-day snooze. Thatcher told her aides not to bother her between 2:30 and 3:30 pm each day so she could nap, while Clinton did the same at 3 pm.

Napping isn’t just for political dignitaries, however. The benefits of taking a nap are almost practically indisputable. Those who nap report better performance, improved mood, enriched creativity, and a myriad of health benefits. For these reasons, the previous stigma about naps being a form of laziness has long since faded away. (To the best of our knowledge, Presidents and Prime Ministers are not exactly known for laziness).

“You must sleep some time between lunch and dinner, and no halfway measures.” – Winston Churchill

Here are 9 reasons that suggest why you should nap more often:

According to WebMD, Americans (and many others) are chronically sleep-deprived. Dr. William Anthony, the author of the book The Art of Napping at Work and clinical psychologist/director at Boston University’s Center for Psychological Rehabilitation, states that naps are the result of the numerous demands placed on people.

Anthony cites long work hours, early-morning commutes, and many responsibilities at home as being the main reasons why many people require daytime naps. He goes onto further state that napping is extremely effective for counteracting fatigue.

A study done at the Department of Behavioral Sciences at Hiroshima University in Japan was undertaken to determine the effects that a short, 20-minute nap has on overall mood.

The study involved seven young adults with normal sleeping habits who did not nap on a regular basis. The youngsters were placed under conditions which involved measured periods of napping and non-napping. An Electroencephalography (EEG) device was used to measure brainwave activity and self-ratings of mood (among other measurements) were taken by the seven adults.

The study found that the short nap resulted in a better overall mood, increased self-confidence, and increased alertness.

It’s already proven that sleep is vital to storing information learned throughout the day. In addition to regular sleep cycles, researchers wanted to find out how napping can improve overall memory.

Dr. Matthew Walker, professor of psychology and neuroscience at the University of California, Berkeley and his team recruited 44 volunteers – 27 women and 17 men – to conduct a napping experiment. The research team then instructed the group to memorize and match 100 names and faces and tested for how well they performed.

Half of the participants that took a nap for approximately 90 minutes, while the other half remained awake and carried on as usual. At the end of the nap, both groups were given another set of 100 faces and names. The difference in performance was significant – the napping group performed about 20% better than those who stayed awake on the same test.

“Burnout” – irritation, poor performance, and frustration – is a common occurrence among the overworked (pretty much everyone). This happens because the brain overloads with stimuli (information) when doing anything that requires cognitive effort for a period of time. This burnout effect intensifies as the day unfolds.

A study done in the journal Nature Neuroscience had participants perform a visually-oriented task: stating either the vertical or horizontal (up or across, respectively) positioning of three bars on a computer screen. To make the test more cognitively demanding, the graphic bars were set on a background of horizontal bars in the lower left corner of the screen.

In a series of four test periods, the results worsened for each test period. Indeed, the second outcome proved worse than the first period, the third worse than the second, etc. When the researchers granted the participants a 30-minute nap, the scores stopped lowering. A 1-hour nap improved the performance results back to those similar to the beginning period.

The bottom line: consider taking a nap when experiencing burnout to improve performance.

Study after study continues to demonstrate the powerful effects that napping can have on cognitive performance. This is due to the fact that naps enhance the processing of information. 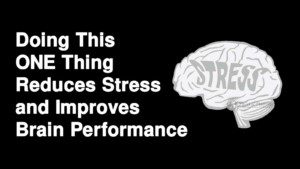 A study done at The National Aeronautics and Space Administration (NASA) found that pilots who were allowed to take a short nap (40-45 minutes) improved their flight performance by 34% and their alertness by 100%. This improved performance and alertness likely apply to any field of work, whether or not you happen to pilot a space shuttle.

The journal Sleep published a study showing that napping can increase creative thinking. There is one caveat to this study – the nap must be at least 60 to 90 minutes in duration. This is because demanding cognitive processes such as creative thinking require cycling through all five stages of sleep. For this reason, it is best to take this lengthy snooze sometime during the early afternoon or at an hour that will not interfere with your nighttime sleep. 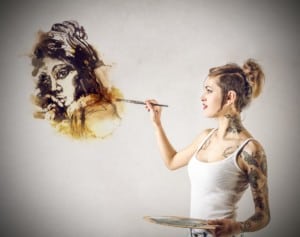 In a 2007 study done at Harvard University’s School of Public Health, it was discovered that regular napping can reduce the rate of death from heart disease by upwards of 37%. This statistic is comparable to the cardiovascular benefits of other activities – healthy dieting, lowering cholesterol intake, and exercise. 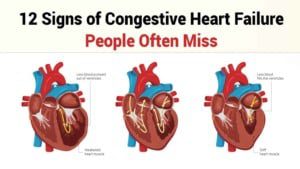 “If confirmed by other investigations, these results would imply that a siesta could be added to the several means available for the control of coronary heart mortality…the magnitude of the effect appears to be considerable.”

Not getting enough sleep also has negative effects on your waistline. So you won’t shred many calories sleeping. However, you’ll earn other positive benefits.