Do you ever feel sleepy during the afternoon and wish you could just lay your head down for a quick cat nap? Many people around the world feel this way as their jobs become more demanding, but they must power through the work day with caffeinated beverages or even caffeine pills to get by.

Naps have incredible health benefits, including increased longevity, a younger appearance, a healthier heart, helping to keep hormones balanced, and repairing cells. Our brains can’t just run all day without taking a rest, so naps help give your brain a break temporarily while also improving memory and creativity.

Some scientists even believe that humans should separate their sleep into two sessions – one short one during the day, and a longer one at night. While not everyone agrees with this theory, a short nap every day can’t do anything but improve health, so you really have nothing to lose.

Here’s How Naps Can Make You More Creative

The studies’ author, Andrei Medvedev, Ph.D., an assistant professor at Georgetown University’s Center for Functional and Molecular Imaging, says: “The right side of the brain was better integrated”.

Some scientists believe that the right side of the brain governs creative tasks and intuition, while the left brain helps with logic and analytical tasks.

Medvedev believes that the right brain is “cleaning up” and sifting through memories while one takes a nap. 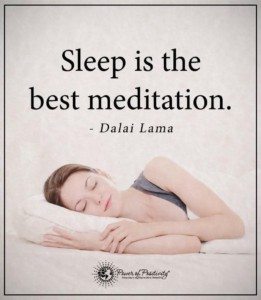 Napping also helps the brain to retain more information by clearing out older memories and info, according to researchers in the U.S. Led by Dr. Matthew Walker, an assistant professor of psychology at the University of California, he and the research team gathering data about this study suggest that naps last around an hour for the best results.

Walker said: “Sleep not only rights the wrong of prolonged wakefulness but, at a neurocognitive level, it moves you beyond where you were before you took a nap.”

For the study referenced above, 39 healthy adults were placed in two groups: a nap group and a no-nap group. Both groups had a task given to them that required them to remember a significant amount of information. They did the task during the afternoon, and at 2 pm, the nap participants laid down for a 1.5 hour rest. Obviously, the no-nap group stayed awake. After the task and the nap, both groups learned even more information at around 6 pm.

The nap group showed better performance in the 6pm exercise than the other group that had to remain awake the whole day. Furthermore, the nap group performed better during the task done later in the day than they had in the previous task before their nap.

Walker and his team concluded that naps help to clear old information so that the brain can store new, more relevant information.

What does this have to do with creativity? Well, if your brain gets bogged down with too much information, you won’t have the clarity and mental stamina to create anything. Creativity works best when you can move through your thoughts with ease, even if you have many of them. Naps can help you to clear out old thoughts so you can sift through them in a more efficient way.

How to have a great nap:

First of all, make sure you dim the lights and keep the room at a cool temperature, usually around 68-72 degrees.

Secondly, get rid of all distractions, but keep your phone in the room with an alarm set to avoid oversleeping. Just keep it at a reasonable distance so you don’t feel compelled to check your phone before the alarm goes off.

Thirdly, grab a blanket and a pillow so you can drift into a deep sleep comfortably.

Finally, do a deep breathing exercise or short meditation before the nap so you can clear your mind to ensure a thorough rest.

Related Items creative how naps make you more creative naps naps and creativity
Power of Positivity uses cookies to give you the most relevant experience. For more information see our Privacy Policy.
Continue
Manage consent