You know them when you see them, and arrogant people with their snotty attitude can negatively affect your day unless you’re armed with one or more of these 9 comebacks.

An arrogant person has decided to believe that they are somehow superior to you. However, we are all equal human beings with differences that are no more or less valuable.. How you respond or react to these people when you encounter them can affect your peace of mind. Your response to an arrogant person is also a reflection of your integrity as a person. So will you be a person who stands up for him or herself?

9 Comebacks For Dealing With Arrogant People

Arrogant people share the following traits with narcissistic personality disorder according to the Diagnostic and Statistical Manual IV, which is used to diagnose psychological problems:

This comeback is intended to help the arrogant person identify the rationale behind the generalization, stereotype, or put down that they just used. We hope that they can realize that they made a negative statement that is being called into question, and will stop once they have been called out on their behavior. 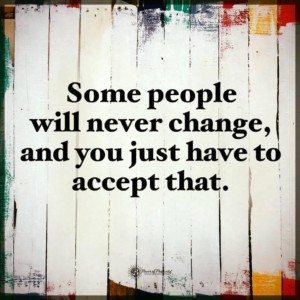 Well, if they’re hurting feelings, be they yours or someone else’s, call it like you see it. This is hurtful language that the arrogant person is using and this comeback can help them to realize the harm that they are doing.

An arrogant person is more likely to single out a group of people by race, sexual orientation, education, etc. and talk about negative stereotypes. The reason for this is that by putting others down, the arrogant person is attempting to elevate himself by comparison.

You can quickly put a stop to the negative talk by implying that someone close to you is a member of the group that the arrogant person is belittling. This shocks them into the realization that their negative talk is not going to be tolerated, but is insulting to you personally as well. A quick apology and exit by the rude person is likely to follow.

4. ‘Are you aware that there are other points of view?’

You and everyone else is entitled to their opinion, but the arrogant person needs to realize that their negative opinion of others does not hold true for other people.

Arrogant people believe themselves to be better than another person, so let’s have them explain why we should treat them differently. This could result in some interesting answers, but more likely you’ve made them squirm uncomfortably since you pretty much said ‘You are not superior to that other person.’

6. ‘I would appreciate it if those were the final words you say on this topic.’

Let’s end that conversation as rudely as the arrogant person started it. This comeback is intended to put an end to their hateful words, but then again, arrogant people like to hear themselves talk so you might need to be more obvious about it with this next one.

Ending the conversation with an arrogant person could be as easy as leaving. But leave them with something to think about before you go. It is entirely possible that you will have no impact whatsoever on the arrogant person though. That’s because they obviously think highly of themselves in spite of the evidence of their meanness.

8. ‘I’m sure you didn’t mean for that to sound so arrogant, right?’

This comeback assumes good intentions, even if you have no evidence that they have good intentions. This language actually allows the arrogant person a way out, by saying that no of course they did not mean to sound rude. But it also makes it clear that you refuse to play their game of belittling others.

9. ‘Do you realize how arrogant you sound when you say things like that?’

Call them out on their arrogant behavior and let them know that you find it completely unacceptable. Psychologists who study personality traits say ‘Modest people are not preoccupied with themselves; arrogant people have an inflated view of themselves.’

In one scale of personality traits, arrogance is associated with being calculating or manipulative toward others in a social situation.