Are you headed into a new work week excited about new possibilities that lie ahead? Or, do you play your week by rote, dreading the sameness of your daily routine? Instead of moping about the week ahead (we’ve all got to pay our bills), shift your focus. Kick-off your week with new weekly habits that will help you start your week off right.

Did you know that some workers in Ireland receive a full, paid day off for “Blue Monday?”

For the Irish, Blue Monday is the term given to a day in January, a day allegedly “proven” to be the most depressing of the year.

While Blue Monday’s scientific rationale has mostly been exposed, most of us will attest to feeling a bit down come Monday morning.

That’s the proportion of full-time U.S. workers “disengaged” at work.

In other words, more than half of Americans do not connect with their work and are more likely to do the bare minimum as a result.

Sixteen percent of workers are “actively disengaged.” This group despises their work, gripes to coworkers, and further demoralizes their already burnt out colleagues.

So, two-thirds of American workers are disengaged or actively disengaged at work, according to recent polls. Not good.

Workers in other countries tend to be dissatisfied with their jobs, as well. The only exception, per a survey conducted by Fast Company, is Canada – where a whopping 64 percent of people enjoy their work!

“We suppose this survey of 8,000 workers across the United States, Canada, India, and Europe makes it somewhat official: America is number one! Number one in the percentage of employees who hate their jobs, that is.” ~ Sydney Brownstone, Fast Company

According to The American Institute of Stress (AIS), workplace stress has reached epidemic proportions.

Here are a couple of noteworthy discoveries:

– Americans are working longer and harder. In fact, Americans work more hours per week than any other labor force of any other industrialized nation. We face long hours, mandatory overtime, and some even have 6-day work weeks.

– Wages are stagnant. Unless you happen to be on the executive team of some mega-company, the chances are that your raise (if any) is barely enough to cover the cost of inflation.

– We’re ditching work more often. In a survey of 800,000 workers in 300 companies, the number of employees calling in sick due to stress has tripled.

How Does that Workplace Stress Break Down?

An AIS survey shows the following triggers cause the stress that American workers are feeling. Of the employees that AIS polled, here’s the break down:

More bad news for our workforce

Perhaps more alarming are the trends towards violence in the workplace. Additional questions asked by AIS revealed some frightening things that are happening, including:

The AIS report finishes with a dire message that workplaces in the United States suffer the highest violent crime rate in the industrialized world. Furthermore, about twenty employees are murdered each week at work.

The trend is horrifying. It’s no wonder we are less than enthusiastic about heading off to work on Monday.

Despite all the bad news, there are things you can do to help you make reporting to the office less hectic from day today.

7 Weekly Habits To Help Start Your Work Week Off Right

Fortunately, there are a few things we can do to help get our work (and our week) started off right! While these seven weekly habits may take a bit of time and effort to integrate into our lives, they can be tremendously beneficial for your peace of mind.

Too many of us wait until the last second to “get going” in the early hours. We’ll repeatedly hit the snooze button only to stumble out of bed anyway.

According to multiple papers, waking up just a few minutes earlier can benefit your mental and physical well-being. Use this extra time each morning to read, spend time with the family, or go for a brisk walk.

Take a few minutes on Monday morning to set a personal goal for the upcoming work week– one that is both challenging and fulfilling. The goal here is to give yourself a motivating incentive, something on which you can focus your time and energy outside of work.

3. Practice an attitude of gratitude

Writing out a few things that you’re thankful for may sound corny, but studies show it can be a powerful exercise.

Practicing your newfound attitude of gratitude by making a list, saying “Thank You,” keeping a journal, creating a “like list,” or another token expression of thanks does the following: 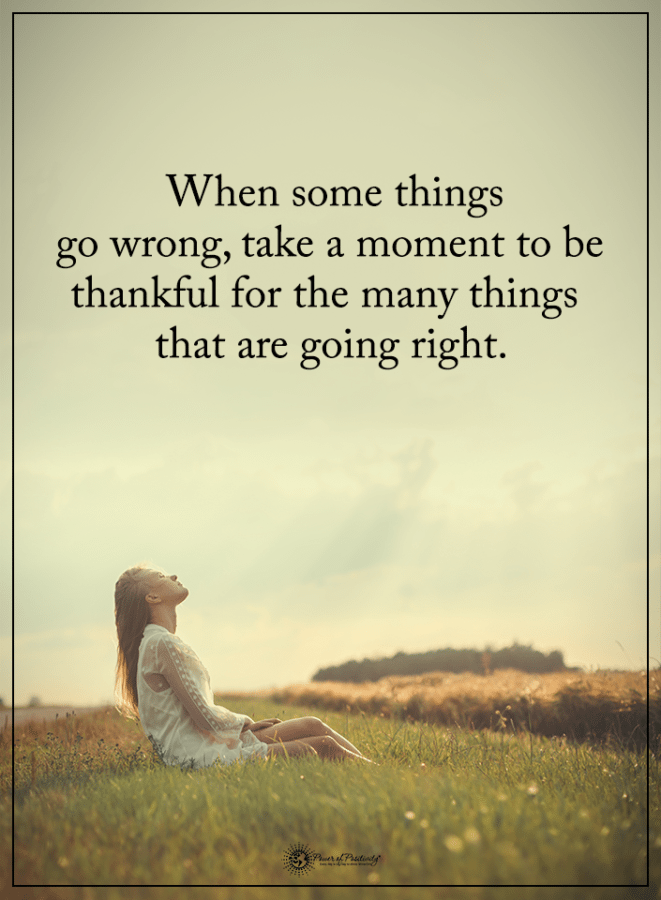 The simple fact is that we all need to be inspired from time-to-time. While life is inevitably depressing at times, plenty of people out there trying to make the world a better place.

Watch a TED talk, read an inspiring article or book, or learn something new. Make it a habit of filling your inspiration tank up throughout the work week. This practice also is a way to give yourself something for which to look forward.

If you’ve ever done something sweet for a complete stranger, you understand the power of selflessness.

Here is an example. Are you picking up coffee on the way to work? Buy a cup for the guy or gal behind you in line. Do you have an elderly neighbor who struggles with food insecurity? Drop off a hot meal and tell them you “made too much” to save their pride.

Make it a point to pay it forward on occasion. Doing nice things for others puts the drudgery of the work week into perspective for you.

Etching out a weekly plan on a Sunday evening is a powerful stress-reducer.

Subconsciously, we know that the next five-plus days are going to be stressful. Do yourself a favor and plan your week on a Sunday evening, when you have the time and space to concentrate.

Of course, no “good habits” list would be complete without meditation. The science on this mindful practice is overwhelming, but here are a few significant benefits:

Final Thoughts: Move Into the Next Work Week with New Daily Habits

You don’t need to adopt all of these daily habits at one time to benefit from them. In fact, you may pick and choose those which apply to you. You have nothing to lose for trying. And, you might just have an improvement in your mindset to help you conquer the work week.