Chronic liars, known also as a pathological, psychological, or compulsive liars, are someone who repeatedly and habitually tells a variety of lies for virtually no reason. They can be difficult to deal with, tough to work with, and even harder to be aware of.

A survey conducted by Michigan State University’s Department of Communication found that around 40% of all people will tell a lie within 24 hours. But nearly 50% of all lies told are told by only 5% of all people. This five percent are likely chronic liars.

This is definitely a scary thought, as you have no way of knowing if the person you are talking to is one of these chronic liars, especially if they’re good at it. Many chronic liars become oddly good at telling falsehoods, leaving you stuck trying to decipher the truth from the lie.

Making yourself aware of the common tricks a pathological liar uses can help you detect their problematic behaviors and know not to trust them.

Be wary of someone who always seems to bring up others instead of themselves. You might think a chronic liar would display some narcissistic traits and talk about themselves, but in this situation, there’s really not much you can continue to lie about regarding your own self on a regular basis.

Besides, most chronic liars actively lie in order to avoid accountability. This means that anything they can do to direct focus and attention away from them and onto someone else is fair game. Instead of making themselves the subject of a situation, they will deflect blame and refuse to take responsibility for any problems.

Lying and Writing: It’s a Science

This isn’t just an unfounded accusation, either – it’s based on science. A study performed by the University of Texas, locked in Austin, Texas, proved as much in research cited by the American Psychological Association. In this study, researchers took a detailed look at written statements made by different people, including liars.

They found it is entirely possible to predict lies based on certain types of phrases. Three different types of speech or writing were found to be nearly universal across liars, and one of them was the lowered frequency of “I” statements being used. The other two predictive phrases involved the usage of highly negative emotional words as opposed to positive ones (like angry, hate, and worthless) and fewer mention of exception words such as “except” and “but.”

This was such a common pattern across all chronic liars that researchers were then able to create a lie-detecting software program. The program could analyze written text and phrases from truth-tellers and liars and detect lies with a 67% rate of accuracy based on certain criteria, including the lack of “I” statements. Think that rate is low? It isn’t – human judges can only detect lies approximately 52% of the time.

Someone who needs to convince you of something is going to repeatedly insist on it, as though they are hammering a lie into your head. Maybe that is why chronic liars use phrases like “Honestly…” and “To tell you the truth…”

A chronic liar uses phrases such as this when they are aware that their believability is on thin ice. They hope that emphasizing the supposed veracity of their statement will convince you of their honesty. Sometimes it works, especially if you aren’t paying attention to signs of lies – and that’s how you can fall into a trap.

An individual who doesn’t feel defensive about their story or what they’re saying will not need to try and convince you that what they’re saying is really true. To someone who really is telling the truth, all they’re doing is relating a story casually or passing on real information; therefore, they don’t need to put so much pressure on guaranteeing the other person believes them.

To add to that, saying phrases like this comes across as counter-productive. By vehemently insisting you’re not lying or that you’re telling the truth, you’re actively making yourself sound less believable. A truth-teller is aware of this. Yet a chronic liar knows this may be their one shot at making you believe them.

There is no such thing as a perfect person. As such, it is ridiculous to expect that someone “always” or “never” does something. Sure, someone can be extremely reliable, but accidents, mishaps, and mistakes happen that can derail even the most perfect track record.

But a chronic liar doesn’t want you to know about their mistakes. They want to do everything possible to cover those mistakes up. In order to avoid you suspecting there has been an error, they will assure you through sweeping statements that they would never do that, that they never make such mistakes, or that they always get it right.

Sadly, the mistake a chronic liar makes can be something very simple and small that you would react to with positive thinking. Sometimes all we want is honest communication so that the issue can be dealt with directly. Everyone has off-days and makes mistakes, and most people are understanding of that.

Unfortunately, a chronic liar’s self-esteem is often tied to a false image of perfection they like to project, so they will defend their errors to the ends of the earth and deny ever making any mistakes. Essentially, they are achingly human – just as much as you are – but can’t bear to show it, and this is a sad state to be in.

As we mentioned, chronic liars want to deflect blame. When they are caught red-handed making any kind of mistake, they feel the need to tell you just how they shouldn’t be held accountable. They have trouble taking ownership of their wrongdoings, sprouting excuses, justifications, and all sorts of reasons why it’s not really their fault.

Sometimes, a chronic liar will already start making excuses before you’ve even asked or accused them of an error. If they think you might consider them at fault, they’ll already be launching into justifications, which often only makes them look more guilty. No matter what, from the very beginning, their goal is to make themselves look blameless.

Of course, no one wants to be wrong. But if someone is so terrified of being wrong that they defend themselves before it is even necessary, it’s a sign that they could be a chronic liar. Even in situations where you would only view them with a positive outlook, they want to make it extra clear that they are innocent.

When you recount a story, you do it from your memory. Memories shift, fade, and even change over time, so you may get a few things wrong as you try to straighten out what you remember and translate it into words. That’s why stories tend to inflate or deflate in intensity depending on who is telling it, or how often it has been passed on.

But liars don’t make these types of mistakes, mainly because they know they have to be convincing. They work hard on memorizing oddly specific details of their stories so that they can tell them over and over again.

If it’s a throwaway, casual story, this is already pretty bad. They may say the exact time something happened down to the last minute, or describe colors and observations most people wouldn’t have noticed going about their day. Chronic liars are famous for embellishing fanciful tales to make themselves look more positive, after all.

But it gets worse when a chronic liar is lying to get out of a bad situation. Then, they may rehearse their lie in advance, get all the information down pat, and repeat their story with eerie, practiced similarity and accuracy to multiple different people. They have thought out every aspect of their explanation to cover all bases – something most people wouldn’t think to do if they were in the right.

If a chronic liar has to come up with an excuse on the spot, you might notice them trying to stall for time as they struggle to formulate a detailed and comprehensive response in their mind. They may ask too many questions, request very small details, or spend a lot of time talking about non-important aspects to their explanations.

There is also a flip side to this, though. Some chronic liars will omit all detail and answer very shortly or briefly when asked a question. This is because they want to avoid revealing extra information that might out them as liars. 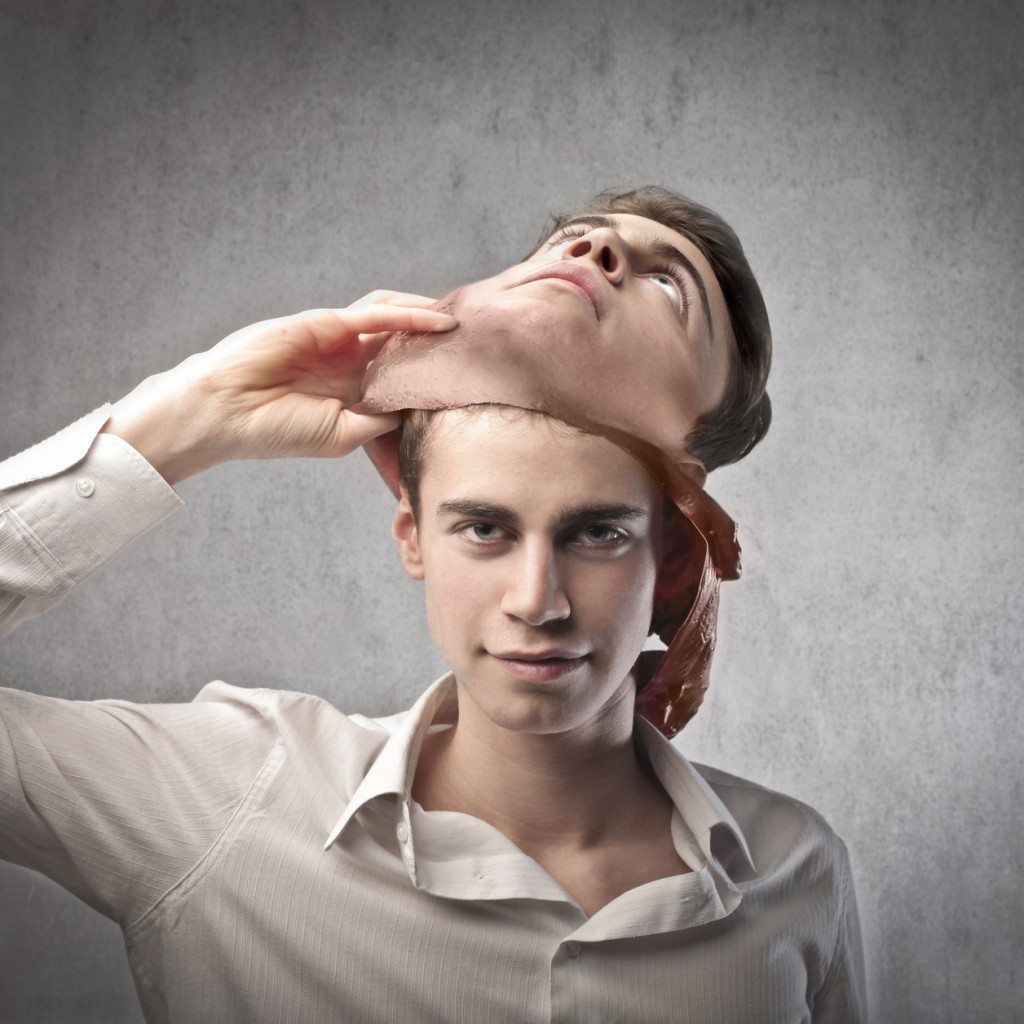 Dealing with a chronic liar is incredibly difficult. It takes patience and positive thinking to put up with repeated nonsense that you know can’t be true. Plus, it ruins your perception of a person, preventing you from ever trusting them again, creating a “boy who cried wolf” type of situation.

The secret to dealing with chronic liars is often not to deal with them at all. Smile and nod if you can’t be bothered to correct them. Or, you can call them out on their nonsense – but this doesn’t always end how you want it to.

At the end of the day, chronic liars have deep-seated self-esteem issues that they need to get help for – and it is not your responsibility to provide that help. Just look out for yourself, be aware of their tricks, and stay vigilant regarding these 5 phrases chronic liars use to make you believe they’re telling the truth.