Compulsive liars have an aversion to telling the truth.

According to psychologist and author, David J. Ley, Ph.D., compulsive liars “get so accustomed to lying that they do so even when there is no clear purpose, and when their lies are easily disproven, leaving everyone scratching their heads over the point of their deceptions.”

Even if lying doesn’t make the situation better, compulsive liars feel compelled to lie. But why? Chances are, we’ve all known a compulsive liar in our lives, and their lies stretched from big to small. Psychologists have studied the compulsive liar, and they have figured out a few reasons why they lie. Or, rather: why compulsive liars think it’s okay to lie.

1. Lying keeps them in control

“The truth can be “inconvenient” because it might not conform to their narrative,” adds Dr. Ley. Not all compulsive liars do it maliciously, but that doesn’t stop it from still being a compulsive behavior. Lying to stay in control is one of the main reasons they think it’s okay to lie.

“It has been observed that pathological liars believe their lies to the extent that the belief may be delusional,” says Dr. Charles C. Dike, MD, MPH, MRCPsych. 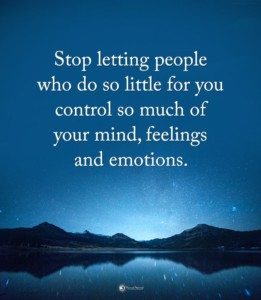 At least, in their eyes, they don’t. Even if the lie has the potential to change someone’s life, to them the lie simply doesn’t matter. This is how they continue to tell themselves it’s okay to keep lying, because the lies that they tell don’t really matter.

“Pathological liars will look at a situation entirely from their own perspective. They have no regard for another’s feelings about what might happen as a result of their lies,” states professor of psychological and brain sciences, Robert Feldman, PhD.

Unfortunately, for many compulsive liars, if something doesn’t affect them in any way, then they are not likely to care about it affecting other people. Psychologists have found that compulsive liars tend to keep lying the more they convince themselves that they’re not hurting anyone.

4. They want the lie to be true

On the flip side of the compulsive liar really believing their own lies, they also lie because they want their lies to be true. In fact, they want them to be true so bad that they’ll continue to repeat the lie as a statement of fact until they get their way. This often works with trying to ostracize someone they don’t like from a certain group.

“Pathological liars seem utterly sincere about their lies, but if confronted with facts to the contrary, will often just as sincerely reverse their story. Their stories have a believable consistency, but they just do not seem able to monitor whether they are telling the truth or not,” says psychiatrist at the U.C.L.A. School of Medicine, Dr. Bryan King.

A compulsive liar may tell a lie about someone bullying them over and over until other people believe the lie, and it becomes truth to the people around them. To them, the lie then becomes true.

To a compulsive liar, lying is much like a rush or a high. They lie for fun, and because it feels good to get people to listen to them. They may lie about things that don’t matter in the long run, like an old college girlfriend or a trip they never took to Hawaii. For the most part, many compulsive liars continue to lie, and continue to justify it to themselves because it feels too good to stop. They like the attention and don’t want it to go away. Many continue to lie because they think people won’t find them interesting, otherwise.

Much like lying to stay in control, compulsive lying can often be born out of a situation where the liar was once abused, either physically, verbally or emotionally. While this doesn’t excuse the lying, it does give a frame of reference for why they tell themselves it is okay to lie in the first place. 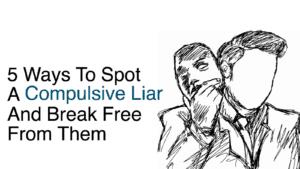 In this case, the compulsive liar may have developed it as a coping mechanism to keep themselves safe from the abuser. Now that they are out of the situation, they may continue to lie because they feel the need to protect themselves.

7. They already started, so why stop?

For some compulsive liars, they justify the lying to themselves by thinking, “Well, I already started this lie, I’d better finish it.” This is because, “If a chronic liar admits to any single lie, they feel like they’re admitting to being a liar, and then you’ll have reason to distrust them,” adds Dr. Ley.

They convince themselves that they might as well see the lie through to the end, even though the end only happens when they get caught in the lie. This often also includes adding more lies on top of the original lie, until it just kind of snowballs out of their control and they get caught.

“Pathological lying isn’t a clinical diagnosis, though it can sometimes be a symptom of other issues, such as a personality disorder or a manic episode,” concludes Dr. Ley. Thankfully, while being on the other side of the lies can be frustrating, a compulsive liar can be helped by therapy.