Most of us turn to science and logic for answers to our most curious questions. But there are some mysteries so strange and obscure that our current knowledge of science isn’t sufficient to explain them. In those cases, looking up studies and finding sources isn’t enough!

For years, researchers have worked hard to unravel every single mystery in the world and solve every puzzle in the universe. But technologically speaking, we humans have a long way to go before we are truly able to understand everything there is to know about our universe.

If you’d like to scratch your head along with these researchers and wonder exactly what is going on out there, look no further. Here are some mysteries science can’t explain. Be careful – they may just completely bewitch and baffle you!

A vast majority of our huge expanse of the universe has gone unexplored for many years, or, at the very least, is mostly uncharted. Past the Kuiper belt, which rests just at the edge of our solar system, there is a series of unidentified objects that float in circles in an orbit around our Sun.

These objects seem to be clusters of smaller UFOs. According to Konstantin Batygin, who works at the California Institute of Technology as an assistant professor in the field of planetary science, it’s very likely that these objects are being pulled in by a larger object – possibly a planet.

Despite the fact that scientists are now on the lookout for what is called Planet Nine, there has yet to be any empirical evidence or actual sightings of the planet. The first theories about this mystery science can’t explain emerged back in 2014. Researchers believe that the planet is very dim and doesn’t receive a lot of light, thus making it difficult to spot.

But why, exactly, do strange orbiting objects point to a new planet? In order to better understand it, you’ll need to visualize the solar system as a disc. Large objects, such as planets, cause the disk to “bend,” and they have to be very large – planet-sized, in fact – to have this type of influence.

Scientists believe they may have been able to slightly detect something out there with a telescope, but they have still not been able to confirm the existence of Planet Nine. It is entirely possible that the planet – or whatever object it is – remains at a position of orbit that makes it nearly impossible to see due to its distance. Whatever the case, up until now, the truth behind Planet Nine remains yet to be uncovered.

There are tons of benefits to sleep, and we know what a lack of it does. It causes more health problems, results in reduced focus and positive thinking, and puts one at risk of becoming ill faster. But why exactly do we need sleep so much? Why does a lack of sleep affect us so quickly and easily?

You’d think that researchers would have long discovered why sleep is so important. The fact is that there still isn’t any definite reason behind this need. There are some theories, and research has successfully shed light on sleep cycles and what happens during sleep, but the exact need for sleep isn’t understood. Here are the most common theories.

a)    The Energy Conservation Theory

Most species of mammal sleep on instinct in order to restore energy. Energy is one of the most important things for mammals, as it dictates whether we are able to carry out daily tasks in a positive way.

This theory also links back to our ancestors, who did not have the easy access to food we once did. Since our metabolic rate drops by around 10% when we sleep, it’s a great way to save resources and food energy.

b)    The Restorative Theory

There are plenty of theories that suggest the brain works to repair and restore parts of the body during rest. Those who do not sleep enough suffer damage to their immune systems, so sleeping regularly can allow the body to perform its necessary repairs for optimum functioning.

One of the most modern theories surrounding sleep is this one. Essentially, it is believed that sleeping is crucial to the health and development of an infant, and it can, therefore, be suggested that adults similarly benefit from sleep.

This is because the brain supposedly experiences shifts during sleep. Failure to get the necessary sleep can cause reduced performance.

According to Giulio Tononi, who works with the University of Wisconsin-Madison as a psychiatry professor, the brain makes use of specific mechanisms that clear itself of unneeded data. Essentially, by learning every day, we supposedly need to purge out unnecessary information so we can continue to progress in a positive way.

Although all of these theories have merit, none of them have been proven. As of yet, scientists have yet to truly crack the code on why we need to sleep.

There are plenty of theories regarding how on earth the universe popped into existence. But none of them have been proven beyond mere speculation.

And there are still many, many missing pieces that prevent this puzzle from being solved, making it one of the many mysteries science can’t explain. This is according to astrophysicist Paul Sutter, who works with the Ohio State University. Sutter is also the Center of Science and Industry’s chief scientist.

Naturally, most people are familiar with the Big Bang theory. This theory suggests that the universe came to be almost 14 billion years ago through one highly overheated and extremely dense event that we call a singularity. But it’s not that the Big Bang caused everything to suddenly appear from zero. If it did happen, then it occurred all over the entire universe, all at once.

This is a difficult idea to comprehend, and scientists know less and less about the creation of the universe the further they delve into it. It’s believed that everything came to be through some form of gravity, but researchers have yet to truly understand quantum gravity, to begin with.

The only way for researchers to finally crack the case on the universe’s creation would be to truly understand all governing physics laws that preside over matter, including antimatter. According to the European Organization for Nuclear Research, this would require the currently accepted particle physics Standard Model to be completely ignored. As such, it may be a while yet before we figure out just how the universe came to be.

Autonomous sensory meridian response videos, or ASMR videos, have long become a staple part of the Internet. You find them all over YouTube and littered throughout Instagram. These videos are often quite simple and feature very soft sounds. These sounds may include:

These sounds are recorded through the use of a special type of microphone. When listened to, approximately 90% of the population experiences ASMR. This is a tingling, shivery type of sensation that can be calming and relaxing, promoting stress relief, mood balance, and positive thinking. For some, it may even feel like someone is giving them a massage on the scalp.

So what exactly causes ASMR? No one knows. This response has been vehemently studied by all sorts of researchers since 2013, and there are still no clear answers. ASMR University’s founder, Craig Richard, states that research into this strange bodily response is still in its very early stages.

As of right now, there are some inferences. Biological studies have revealed that brains that do and do not experience ASMR respond differently when studied through fMRI scans. This means that, for whatever reason, some people just have completely different brains that predispose them to have positive results when listening to ASMR content.

Why does ASMR even exist? What function could it serve to people and their brains? Science right now has no idea, and it may be many, many years before anyone figures it out!

Approximately 26% of the universe is made from a mystery science can’t explain: dark matter. The first hypothesis of dark matter’s existence came around in 1922. Since then, the only real proof of the fact that this invisible force exists at all is that researchers are able to see how it reacts with visible matter.

Normal matter that the human eye can see is made up of components such as electrons, neutrons, and protons – atoms, essentially. Meanwhile, dark matter is entirely different. Science hasn’t figured out what it’s made of, and whatever it is made of aren’t types of particles our current science is aware of. 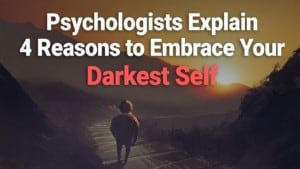 Right now, studies still aren’t sure what dark matter is, where it comes from, or what it is made from. Some studies believe that dark matter may be visible with the use of detectors of gravitational waves. Other researchers are working on accelerating particles in order to study their movements, energy, and composition and what happens when they collide, hoping it may provide answers.

For now, dark matter is a complete mystery. It doesn’t reflect or absorb light, and it doesn’t emit any either. But it’s there, and scientists can see that light bends as it passes through it, meaning it does exist. But what it truly is and what powers it holds are puzzles we likely won’t solve for decades. It is truly one of the world’s most baffling mysteries science can’t explain.