Project Stargate was an initiative undertaken by the CIA in response to international hostilities, particularly the very real threat posed by Russia (at that time called the Soviet Union.) Defectors from the Soviet Union informed the U.S. government that they had been using people with psychic abilities with great effectiveness against U.S. interests. Such testimony was enough to convince the powers that be that the phenomenon was at least worth investigating.

“The evidence for ‘psi’ [psychic abilities] is ten times stronger than the evidence that aspirin prevents heart attacks.” – Russell Targ, laser physicist and chief scientist for the CIA’s “Stargate” program

After some preliminary research, the evidence for psychic ability was so overwhelming that the U.S. government established an entire department for experiments at the Stanford Research Institute (SRI).

Dr. Russell Targ, a pioneer in the field of laser physics, says that the results convinced Congress to continue funding the research over the next two decades. It was Targ who coined the phrase “remote viewing” to describe the practice of an individual (“viewer”) detailing the characteristics of distant and unseen “targets” – the person, place, or thing that was to be viewed.

According to Targ, the remote viewers generated quite a list of accomplishments, including:

“Checking in” on the hostages during the Iran hostage crisis

“Everyone has psychic abilities, but not everyone is able to identify which psychic ability they are working with.” – Laurie Barraco, author, and psychic medium

Here are four other common types of psychic abilities – and how to know if you have them.

Here are signs that you may be clairaudient:

–  You always think that you “heard something,” and nobody else ever seems to hear anything.

– You have constant ringing or buzzing of the ears.

– You’re able to give superb advice without even thinking about it. (You probably get “I needed to hear that!” often.)

Extra-sensory perception (ESP) falls under the umbrella of clairvoyance – the ability to perceive things beyond the five senses. Development of clairvoyant abilities goes all the way back to Gautama Buddha, over 2,500 years ago – and possibly further. Dogzchen Buddhism teaches the absolute truth of this ability to some of its followers.

Here are a few signs that you may possess this hidden talent:

– You have pictured future events with relative accuracy.

– Your dreams are ultra-vivid, and you’re able to remember them the morning after.

– You have an extraordinary “mind’s eye”; perhaps you’re an artist.

– You seem to see things out of the corner of your eye.

You’ve probably had a telepathic experience more than once in your life. Telepathy involves the sending and/or receiving of non-verbal, non-local communications through belief and thought. Telepathy, as with many other “super-normal” abilities is thought to be possible due to the non-local nature of consciousness. 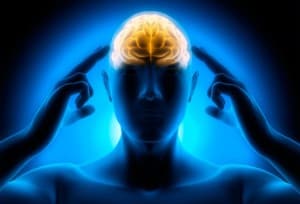 Here are a few signs that you may be telepathic:

– You’ve “felt” a strong yet unknown sense of worry about a loved one (this happens to mothers frequently).

– You predicted that someone was trying to call or otherwise make contact.

– You directed a genuine sense of love and caring to someone, and they confirmed “receiving” it.

Uh-huh … intuition is psychic ability! In this case, your subconscious mind is trying to communicate with your forebrain. The question is: do you listen to it?  If you do, your life is probably better off because of it. People who don’t listen are often too busy thinking to stop and contemplate. Yours truly definitely weighs heavier on the thinking than the listening. Without attempting to dodge responsibility, this is natural. “Logical” and “rational” types are more likely to place too much importance on our conscious faculties, albeit wrongly. The answer lies in quieting the mind and tuning into the sixth sense that we already know is present!

Here are a few out of a countless number of ways you have experienced intuition:

– You, all of a sudden, come up with an answer to a complex problem without thinking.

– You’ve avoided someone out of a suspicion that was later confirmed.

– You’ve “felt” someone watching you who was out of your field of vision.