Almost all of us know what mold looks like and could identify it in an instant. Whether on our bathroom ceiling tiles or that block of cheese that’s been in the fridge a tad too long, it’s pretty much impossible to miss.

While mold is never a welcome sight to behold, its ill effects go far beyond looks. Spores known as mycotoxins, produced by the fungi, are hiding right under our noses in many popular food products.

Mold is a type of fungus that grows almost everywhere. It consists of organisms that can take on black, white, orange, green, or purple hues. By themselves, these tiny creatures are undetectable to the naked eye. Large groups of them, however, form the familiar spots we encounter on an almost daily basis. (1.)

\Unsightly as it might be, mold is actually extremely important. It plays a critical role in nature, responsible for decomposing dead plants. This process enriches the soil with organic matter and allows new vegetation to grow. In a sense, the very foundation of the food chain would crumble without mold!

WHERE DOES IT GROW?

Mold thrives on moisture. It produces via small, lightweight spores that travel through the air. These spores are generally harmless; however, trouble begins when they land on an area of dampness. This allows them to start multiplying and become airborne, rendering them easily inhalable.

As previously stated, mold is most abundant outdoors. This is because rainfall provides the moisture necessary for it to propagate.

Unfortunately, mold often finds its way inside. One tiny spot of dampness is all the food it needs. Kitchens, bathrooms, laundry rooms, basements, and crawl spaces are all susceptible to its infiltration.

Mold enters a home through open doorways, windows, vents, and air conditioning units. It can also cling to clothing, shoes, bags or backpacks, and pets and be transported inside.

Surprisingly, mold is not inherently dangerous. Certain species, however, are toxigenic. This means they undergo certain metabolic processes that produce dangerous chemical byproducts.

Not all species of mold are even capable of such toxin production. There are three different categories, each with its own unique properties:

Mycotoxins are different from the mold spores responsible for reproduction, but they can attach to and travel with them. These pathogenic compounds also cling to dust or small pieces of wallpaper, which are easily capable of being inhaled. Some of the most common toxigenic mold species include Fusarium, Penicillium, Aspergillus, and Stachybotrys (otherwise known as “black mold.”)

Mycotoxins are the main types of mold that affect food products, so we’ll be primarily focusing on them. You most commonly find these in cereals, dried fruits, nuts, and spices. Contamination can occur before or after harvest, during storage, or on the food itself. That is–if conditions are warm, damp, or humid enough.

Several hundred mycotoxins have been discovered. However, around a dozen are the most prevalent on crops that humans consume. Aflatoxins, Ochratoxin A, Patulin, Fumonisins, Zearalenone, and Deoxynivalenol (otherwise known as Nivalenol) present the most pressing health concerns. Exposure to mycotoxins can occur either directly, by eating contaminated food, or indirectly, via animals exposed to infected feed.

Saccharomyces yeast, otherwise known as brewer’s yeast, is a fungus used in the production of many beers. This organism produces mycotoxins itself, and often also harbors other mycotoxins from mold-containing dried fruits and grains. In a study analyzing 154 different types of beer on the European market, all of them were contaminated with organisms of the Fusarium species.

The main ingredient in everyone’s favorite sandwich spread is likely the worst offender when it comes to mold contamination. This is because peanuts are not actually nuts, but rather legumes. Legumes grow underground instead of on trees, making them more susceptible to mycotoxins due to the moisture.

A 1993 study found 24 different types of fungi on the shells alone, even after the peanuts had been sterilized. The most concerning mycotoxin found on peanuts is aflatoxin, which is a known human carcinogen.

Most people would be shocked to learn their cup of morning joe is a chemical cocktail. The majority of these naturally occurring compounds are entire harmless, with some actually offering the energy boost we crawl out of bed anticipating. Unfortunately, one fungal toxin lurking in coffee is one of the most carcinogenic compounds known to man: Ochratoxin.

Ochratoxins A and B exist in up to 58% of green and roasted coffee beans, and the U.S. has no standards to mitigate its presence! So does this mean you have to ditch your morning elixir for good? Luckily, no. Simply choose a brand that tests each batch of beans for myotoxicity. (3.)

This is by no means an exhaustive list of mycotoxin-containing foods; these are simply the most common. Other potentially contaminated products include wheat and all wheat products, rye, barley, cottonseed and its oils, corn, sorghum, sugar (from sugar cane and sugar beets), and hard cheeses.

Fortunately, those of us who live in developed countries are much less likely to experience acute adverse effects from mycotoxins. Though our standards could definitely use some improvement, we’re largely protected from seriously dangerous levels of exposure.

Less-industrialized countries (and rural areas of developed countries) deal with mycotoxin contamination on a more regular basis. Both immediate and long-term health issues can arise as a result. These ailments include, but are not limited to, liver cancer, reduction of immunity, altered protein metabolism, gangrene, convulsions, and respiratory problems.

While U.S. residents are unlikely to die or fall gravely ill due to mycotoxins, that doesn’t mean we’re out of the woods entirely. Mold can affect us in more subtle ways, showing up as vague symptoms that mimic a host of other issues. In some ways, this is even more insidious because it can sneak in and go undetected for many years while wreaking havoc on our bodies.

Known as mold illness, this chronic condition involves widespread inflammation throughout the body. The World Health Organization defines the syndrome as “an acute and chronic, systemic inflammatory response syndrome acquired following exposure to the interior environment of a water-damaged building with resident toxigenic organisms, including, but not limited to fungi, bacteria, actinomycetes and mycobacteria as well as endotoxins, beta-glucans, hemolysins, proteinases, mannans and possibly spirocyclic drimanes; as well as volatile organic compounds.”

As the explanation states, damp buildings are the primary catalyst for mold illness. That doesn’t mean, however, myotoxicity from food can never be implicated. Some of the most common symptoms of mold illness include:

Many of these symptoms can also indicate other health problems, some of which may be serious. Always speak to a qualified healthcare professional to rule out more severe ailments before suspecting mold illness. 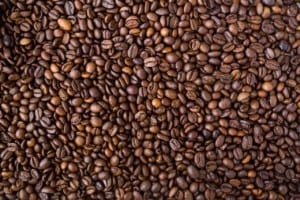 When we think about mold, the mental image we conjure up is usually a dirty bathroom or waterlogged basement. Spoiled foods such as cheese are also notorious for fostering the growth of unsightly patches of fuzz. All of these examples are entirely valid; however, they certainly aren’t all the fashions in which mold can manifest.

Unfortunately, with mold, it’s what we don’t see that poses the greatest risk. Deadly spores known as mycotoxins are lurking within common foods and almost always go undetected. These pathogens, hiding in peanut butter, coffee, and several other staple items, can wreak havoc on the body.

Mold illness is far from rare; however, its symptoms are tricky to spot. This is because the disease can mimic a host of vague ailments that nobody would ever trace back to mold. Fatigue, weakness, sinus problems, and headache are among the laundry list of side effects from mycotoxins. While these symptoms are not solely indicative of mold illness, they could be – especially if you regularly consume the aforementioned foods.