It is estimated that one out of every six Americans suffers from food poisoning each year. The main sources of this prevalent discomfort are bacteria, viruses, and parasites that thrive in certain food and water sources[1]. Transferring these harmful microorganisms to humans happens when proper sanitary or cooking requirements are not met.

By observing simple common sense procedures in food preparation religiously, most food-borne illnesses can be prevented. Avoid contamination by keeping your hands clean when preparing food, washing them often when moving between raw and cooked foods. Use clean utensils and surfaces such as cutting boards. Cook foods to a safe temperature and refrigerate unused or leftover foods quickly. If in doubt, throw it out!.

If you do find yourself suffering from this uncomfortable malady, there are a variety of food poisoning remedies which may help ease your symptoms and shorten your recovery time. For anyone afflicted, this is great news.

How can you tell if you’re experiencing the symptoms of food poisoning? Some types of food-borne illnesses may begin manifesting almost immediately, while others may not become apparent for days, or longer. As soon as symptoms begin to be identified, you can take appropriate actions to alleviate them. Here’s what to look for:

The first four symptoms are the most common. Some bacteria such as Staphylococcus aureus may begin to manifest cramps, diarrhea, and nausea as soon as 30 minutes after ingestion. This bacterium thrives in meats, eggs, and dairy products that are not properly refrigerated.

On the other end of the time spectrum, travelers in developing countries may be susceptible to the much rarer hepatitis A virus, which may not manifest itself for up to 50 days. This virus generally originates from contaminated water coming in contact with food and drink sources[2].

Although most of what is referred to as food poisoning does not result from actual poisons, some foods such as some mushrooms, shellfish, or seafood harvested from contaminated sources can contain highly dangerous toxins. Although they may cause symptoms similar to common food poisoning, ingesting these forms of toxins should be considered an emergency and treated as soon as possible by professionals.

Other food safety issues, such as the safe transport and storage of food to outdoor events, should be carefully considered. Some groups of people, such as children or those suffering from compromising illnesses, can be more at-risk for contamination. Awareness is key for the safety of yourself and others.

If you begin to suffer the symptoms of food poisoning, there are several steps you can take to help ease your suffering, along with natural food poisoning remedies to settle and cleanse your digestive system. Even without treatment, these stomach issues should resolve themselves in 24-36 hours. Proper treatment can speed up the process. Some of the steps include:

Stop eating. Avoid eating solid food for several hours in order to allow the stomach to settle. Give your body time to deal with whatever contaminant is affecting it. When you do begin to eat again, start with bland foods that are easy on the digestive system, such as:

Stay hydrated. Drink small sips of water or suck on ice chips in order to avoid dehydration. Especially if you suffer from vomiting and diarrhea, dehydration can become a serious health issue which must be immediately addressed[3].

There are several food poisoning remedies that will help ease symptoms and quicken recovery time. Be careful about taking over-the-counter medications. Some of these stomach meds may actually add to irritation or mask more serious symptoms.

Natural remedies treat symptoms in a variety of ways. They can soothe the digestive tract and restore a proper pH balance. And once you are recovering from food poisoning, you will need to eat foods that will help relax your stomach as it heals. If you are suffering from food-borne illness, here are some possible remedies for your discomfort.

Ginger. Ginger has been used to treat stomach maladies for millennia. During illness ginger’s therapeutic effects improve the absorption of essential nutrients. This popular herbal supplement can give almost instantaneous relief from symptoms such as nausea and vomiting.

Ginger can be eaten raw, or boil a grated teaspoon in a cup of water and add a bit of honey. Drink this soothing tea often to help alleviate nausea and soothe the digestive tract.

Apple cider vinegar Another tried and true remedy, apple cider vinegar not only brings balance to stomach acid with its alkaline properties but is also an antibacterial. It is able to attack toxic microorganisms as it soothes the stomach lining, bringing quick relief.

If swallowing several teaspoons of undiluted vinegar doesn’t appeal to you, try combining 2 tablespoons with a cup of hot water to drink before eating. You’ll be amazed at how quickly this remedy can settle many stomach upsets.

Lemon. Lemon is anti-inflammatory, anti-bacterial, and anti-viral. It is another easy home remedy that can bring quick relief while naturally cleansing your entire digestive system. The acid in lemon can kill invading bacteria, placing it among the top food poisoning remedies.

Add honey to a teaspoon of fresh lemon juice several times a day to relieve symptoms. Or take the remedy in tea form by adding it to warm water and sipping throughout the day for maximum cleansing.

Basil leaves. The anti-microbial properties of basil soothe abdominal discomfort. As one of the food poisoning remedies, it helps destroy the culprits causing the discomfort. Basil also contains powerful antioxidants to help build up and restore compromised immune systems.

There are several ways to take basil medicinally. Basil juice extracted from several fresh leaves may be added to a tablespoon of honey and drunk several times a day. Or add a few drops of basil oil to four cups of water and sip throughout the day.

Garlic. This popular herb has been used since ancient times for more than just flavoring food. Garlic contains powerful anti-bacterial, anti-viral, and anti-fungal properties that make it an effective treatment. It also relieves diarrhea and abdominal cramping.

Eat one fresh garlic clove, or add the juice to water. You can even mix garlic and soybean oil and rub it on your stomach after eating. It may be a little smelly, but it’s worth it.

Boil one teaspoon of cumin seeds in a cup of water and drink it twice a day. Fresh coriander juice may also be added for flavor. Or use cumin seeds, sea salt, and asafoetida to create an herbal drink to cleanse the entire digestive system as it relieves symptoms. 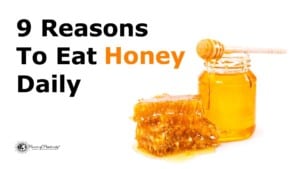 It’s easy to combine honey with many of the above remedies to make them more palatable. Add honey to tea or simply take a spoonful by itself to aid in recovery and relieve symptoms.

Fenugreek seeds with yogurt. Fenugreek is a lesser known herb that smells and tastes a bit like maple syrup. It also has several properties that fight against toxic microorganisms. Fenugreek can soothe upset stomach and improve appetite.

The live cultures in yogurt make it helpful in restoring balance in the digestive system. Add a teaspoon of fenugreek seeds to a tablespoon of plain yogurt. You don’t have to chew the seeds, just swallow them with the yogurt. The combination can provide immediate relief from vomiting and stomach pain.

When to Seek Help