The possible health benefits of honey have been documented in early Greek, Roman, Vedic, and Islamic texts and healing qualities of honey were referred to by philosophers and scientists all the way back to ancient times, such as Aristotle (384-322 BC) and Aristoxenus (320 BC). – Joseph Nordqvist, Medical News Daily

For something that tastes so good, honey isn’t consumed all that often. Besides being delicious, honey is also densely packed with valuable nutrition, such as nutrients. Honey is also quite healthy: a tablespoon of raw, unadulterated honey contains 64 calories, and is free from cholesterol, fat, and sodium.

The ideal nutritional composition of honey almost assuredly helps give the natural sweeter its health-promoting properties. Here, we’re going to discuss nine such health benefits of this sweet nectar.

Honey has anti-inflammatory properties that many believe can help with reducing allergic reactions. Honey itself contains traces of pollen that can initiate an immune response when exposed to it. Over time, the body will produce enough antibodies to the pollen, which effectively causes the body to release less histamine. Consequently, the body will exhibit a more limited immune response.

The viscus texture of honey causes it to accumulate a sort-of coat around the throat area. This coating can help with throat irritation often experienced during a coughing episode. Honey also stimulates the nerve endings of the throat, which serves as a protection mechanism while coughing.

The American Academy of Pediatrics released a comprehensive study pertaining to the cough suppression properties of honey. Using three different honey varieties – citrus, eucalyptus, and labiatae – researchers administered a 10-gram dose to 300 children aged 1 to 5 years. According to the study, “there was significant improvement from the night before treatment to the night of treatment.”

Honey can be a beneficial for a sleepless night. Consuming honey causes an increase in serotonin and insulin levels, while the body systematically converts them into melatonin – a compound that both promotes and regulates sleep. Consequently, consuming honey improves both the desired duration and quality of one’s sleep.

It surprises many to learn that honey is a natural antibiotic. Medically, the antibiotic uses for honey span a multitude of both internal and external uses. It is a natural disinfectant against many bacteria, making it a powerful agent against wounds and sores.

Oxidation of the brain can lead to structural damage and cognitive decline. Honey products help in this regard, as the substance contains high levels of antioxidants that may reverse this adverse effect. Honey also helps to absorb calcium – a vital nutrient for brain nourishment. It is believed that these two mechanisms of honey can aid cognition, including memory.

Honey can also provide a much-needed energy spike. This all-natural sweetener contains fructose and glucose, which can quickly enter the bloodstream and produce a burst of energy. Even those seeking to gain muscle mass can benefit from the unique energy properties of honey. Honey which can actually help them build bulk via release of insulin-life growthfactor-1 (IGF-1).

Kind of an odd-one-out sort of deal here, but as already mentioned, honey is a potent natural healer for the skin. In a study published by the US National Library of Medicine, patients that applied diluted honey to areas of flaking scalp three hours before rinsing “responded markedly with application.” In the same study, scalp itching disappeared within one week; skin lesions in two weeks, and some patients even showed “subjective improvement in hair loss.” 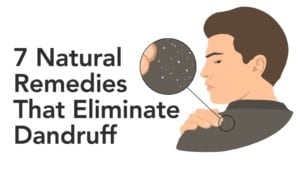 According to RefluxMD, honey supposedly reduces the symptoms of acid reflux. Honey coats the lining of the esophagus, which may lead to soothing of irritation. Consumption of honey is also thought to counteract any internal damage caused by acid reflux. Further, the heavy concentrations of enzymes within honey assists with digestion, which may help to prevent the occurrence of acid reflux. So, forget the Alka-Seltzer…reach for the honey!

Honey can be used as a prebiotic, which in turn provides sustenance to the healthy bacteria in our gut. Healthy bacteria are required to properly digest food, absorb nutrients, and equalize the immune system. It is also suggested that honey, because of its prebiotic properties, can deter problematic digestive conditions such as Celiac Disease, Colitis, Crohn’s Disease, Irritable Bowel Syndrome (IBS), and others.

One thought on “9 Reasons To Eat Honey Daily”