Most diseases, regardless of how terrifying they appear, are eventually neutralized. Consider smallpox as an example.

The history of smallpox is startling. During the lifetime of Edward Jenner, the physician and scientist who would eventually develop the smallpox vaccine, the disease killed about 10 percent of the population. When the disease spread to densely populated areas, the number was closer to 20 percent. During the 20th century alone, smallpox killed upwards of 500 million people.

Fast-forward to today, and “there is no evidence” of smallpox anywhere in the world, according to the National Institutes of Health.

Medical history brims with stories of once-ubiquitous deadly diseases being eradicated.  Diphtheria, pneumonia, and cholera, three of the most frequent causes of death during the late 19th and into the 20th century, are other examples.

While medical doctors and other scientists cannot guarantee that the following 11 diseases will be eliminated, there are promising signs that humans are on the cusp of doing just that. Without further ado …

…here are 11 diseases that may be cured in our lifetime:

HIV is a highly individualistic condition in the sense that people respond very differently to treatment. That said, researchers believe that advanced HIV will produce a replicable, standardized cure. A drug called ABX464, manufactured by the French company Abivax, is the first pharmaceutical to successfully target and reduce HIV at the source.

In a groundbreaking study, researchers from the University of California, San Francisco were able to “correct … and erase” the harmful effects caused by a gene known to contribute Alzheimer’s. The gene, “APOE4,” was found to increase the production of amyloid beta – the buildup of which can cause the onset of dementia.

It is well known that early stage breast cancer is curable in most women. Targeted therapies are demonstrating effectiveness in the later stages as well. Researchers are also progressing in their efforts to help predict which patients are at higher risk of metastatic disease.

Recently, the FDA approved a new variation of a drug known to accelerate recovery for blood cancer patients. Clinical trials have shown that this new formulation may cause cancer remission in half of the patients with certain leukemia variations.

Speaking of pharmaceutical breakthroughs, the FDA believes it has found one for colorectal (colon) cancer as well. Two drugs, Yervoy and Opdivo, may help patients with metastatic colorectal cancer. Opdivo (generic name, nivolumab) serves as a “first line treatment” for many inoperable skin cancers as well.

Statistics show five years as the survival rate for lung cancer. However, surgeons are confident that most cases of early lung cancer are operable. Therefore, those with stage 1, stage 2, or even stage 3 lung cancers may have great chances. Given the progress in surgical science, it is entirely possible that early-stage cancers of the lung can be eliminated in our lifetime.

Advocates and critics lock horns on this one. Medical marijuana may indeed provide the most natural, effective treatment for some kids with childhood epilepsy. Most unfortunately, a moral stigma still surrounds the use of cannabis – even when said treatment has proven remarkably effective.

Cystic fibrosis (CF) is a multi-organ disease that causes complications of the intestines, kidneys, liver, and pancreas; culminating in lung infections which progressively limit the ability to breathe. In August, two research teams reported finding a rare cell in the human respiratory system. Known as the “CFTR” gene, its cells may be the catalyst for the genetic disorder. The location of this gene could pave the way for new methods of therapy.

While there is no known cure for stroke, a procedure that effectively dissolves blood clots is probably the next best thing. Besides preventing stroke onset, a tissue plasminogen activator (tPA) may also limit any neurological damage should a stroke occur. 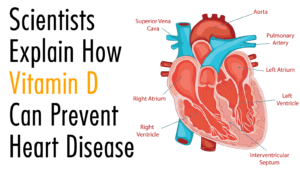 While the word “cure” may or may not apply to diagnosable heart disease, numerous advances in medicine have made the condition all but entirely preventable. Studies show that a combination of lifestyle changes, natural herbs, and whole foods can normalize high blood pressure (hypertension) and an imbalance in “good” and “bad” cholesterol!

As it stands, aggressive chemotherapy serves as the “recommended” treatment for post-operative ovarian cancer. Given that the success rates for chemotherapy are dismal, researchers are looking intently for any possible alternatives. It turns out that their collective efforts are beginning to reap dividends. Per a study published in the journal Cell Metabolism, researchers were able to target cancer cell “signaling pathways” that allow the proliferation of cancer cells within the ovaries. For the first time, scientists may be able to recommend a safer, healthier, more effective treatment alternative than chemotherapy and side-effect-laden drugs.