We have talked about highly sensitive people before. But if this is your first time hearing the term, here is a quick recap.

Before the 1990s, no one had really heard about extreme sensitivity in humans. But in 1991, a psychologist named Dr. Elaine Aron began to study this trait more closely. Surprisingly, she found that 15-20% of the population carries the trait that classifies them as highly sensitive, which means they respond to external stimuli differently than non-HSP’s. They simply have a different way of processing sensory information due to parts of their brain that regulate emotions being more responsive than the brains of their less sensitive counterparts.

Before you engage (or begin a relationship) with a highly sensitive person, here are a few things to keep in mind in order to have a healthy relationship with them.

10 Things You Need To Know About Highly Sensitive People

1. Highly sensitive people might not even be aware of this fact about them.

Dr. Aron herself explained that many highly sensitive people live their life without even knowing they carry this trait. That can cause problems in relationships, though, so if you have a close bond with anyone who you think might be highly sensitive, take note of how they respond to emotional experiences and overly stimulating environments, in particular.

You will find that highly sensitive people share one obvious characteristic. They are very analytical and usually think more than they speak. 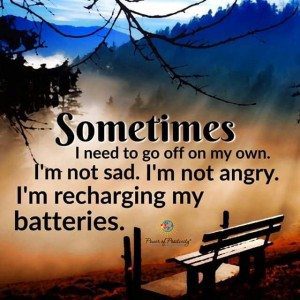 Highly sensitive people are usually introverts, so that means they derive their energy from within themselves, not from external sources. They tend to avoid big crowds of people because it seems overwhelming and nerve-racking to them. HSP’s enjoy doing quiet activities, such as hiking in nature, drawing, writing, painting, or anything that allows them to express their creativity.

They easily pick up on other’s emotions and auras, meaning that their own energy can become drained or frazzled when bombarded with stimuli coming in from all directions. Solitude gives them a chance to align themselves once again and clear their energy of any negativity they may have picked up from others.

3. Men have the same likelihood of being highly sensitive as women.

On her website, Dr. Aron notes that just as many men as a woman have an innate tendency to be more sensitive, but our society just accepts sensitivity more in women. Sensitive males, in particular, might have a difficult time managing this characteristic due to social norms and conditioning.

If you know a male who shows high sensitivity, make sure to allow him to express his feelings without judgment, as HSP’s, or empaths, need the added emotional support.

4. Highly sensitive people view sex as a deeply sacred, meaningful act rather than just a physical one.

In order for an HSP to become interested in intimacy with a partner, he or she must feel completely comfortable with the person on a deep spiritual level. They might identify with the term sapiosexual, which means they find human intelligence to be the most attractive feature of a person.

They won’t consent to sex unless they feel a soul connection to another person. Sex is not taken lightly or seen as a game by highly sensitive people.

5. They have a hard time falling asleep because of their highly active brains.

Their minds work on overdrive most of the day, so turning the lights out and laying their head down doesn’t do much good for a brain that doesn’t want to sleep. They might lie awake some nights just tossing and turning, contemplating life and all its mysteries.

Highly sensitive people often suffer from insomnia due to their overactive minds and might sleep at odd hours of the day to make up for it. Most people know them as a night owl because they seem to come alive at night.

6. Because they analyze things, they make better decisions overall.

They take longer to contemplate important decisions and therefore make good choices most of the time due to their patience and extreme analysis of different variables. They have never been one to make hasty decisions because they don’t want to deal with the consequences of a bad choice.

Highly sensitive people would rather take their time mulling over something than make a decision they will regret later.

7. Having greater sensitivity is actually a genetic trait. 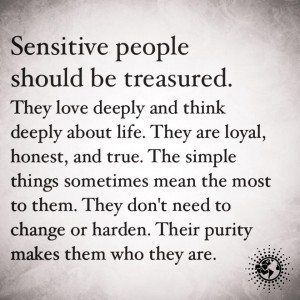