You have probably heard of the term “empath” before, but this grouping of specific characteristics actually has another name as well: the highly sensitive person, or HSP. Dr. Elaine Aron, a psychologist who began studying extreme sensitivity in people in 1991, discovered that around 15-20% of the population carries the traits of HSPs.

While researchers continue to study highly empathic people, Dr. Aron says that HSPs simply respond to stimuli differently than others due to variations in the brain. So, you might sometimes struggle with adjusting to certain social situations or feel misunderstood. However, just remember that roughly 1/5 of the population can relate to your unique personality traits. If you need some reinforcement that you are indeed a highly sensitive person, refer to these surefire signs to give you more insight.

Here are 5 signs you may be a highly sensitive person: 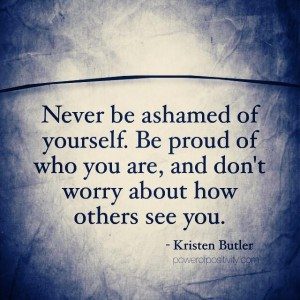 1. You get easily overwhelmed by loud noises and chaotic social situations.

Highly sensitive people react to certain stimuli much more strongly due to the programming in their brains – their frequencies simply pick up noises, emotions, facial expressions, and energy in much more depth than others might.

For example, if you go into a grocery store or mall packed with people, you might instantly feel negative energy permeate your body, which will affect your mood and emotions. You just intuitively pick up on the collective energy of certain places and can become easily overwhelmed by intense emotions and vibrations.

As a tip, try practicing grounding techniques, such as root chakra meditations to help you feel secure and connected to source energy at all times.

2. Everyone always comments that you’re “too sensitive.”

As a growing child, you probably felt “different” because of your heightened sensitivity to other’s words and actions. People may have singled you out for this since it’s still a fairly uncommon trait to have. As an adult, you may have grown into your sensitivity and learned how to manage specific stimuli more effectively, but you likely still feel very unlike your coworkers and friends. However, this is nothing to be ashamed of.

Empaths serve a very special purpose here on Earth, so just remember to wear your sensitivity proudly. Even if you may feel negative emotions much more deeply, think of just how happy you will feel when positive things happen in your life.

3. You enjoy spending time alone rather than in group settings.

Even though 30% of HSPs are actually extroverts, according to Dr. Aron, that means we can infer that the remaining 70% are introverts. So, most of you reading this probably identify as an introvert. That designation could mean that you feel more energized and comfortable spending time alone.

As a highly sensitive person, social settings can drain you of vital energy because of the wide range of frequencies emitted by everyone in the room. You tend to absorb all of this energy and can reenergize and find internal balance once again by reflecting on your thoughts. While introversion is not an inherent trait of all empaths, many times it just tends to go hand-in-hand.

Try to do group activities that won’t overwhelm your nervous system with too many stimuli, such as yoga and meditation classes.

4. Violence in real life, as well as in movies and TV shows, deeply upsets you.

Many people can see others getting beat up or killed in a movie and not even bat an eye. You, however, cringe at any sign of people getting hurt. In fact, you avoid these types of programming and situations at all costs. You turn down movie invitations if others want to see anything that promotes inflicting harm on others. Plus, you likely stick to comedies or documentaries if you do watch TV shows or movies.

Violence sends your energy levels into a downward spiral. In recognizing this pattern, you know to greatly limit your exposure to it when possible.

5. Others often release their problems onto you.

You offer the world an innate sensitivity to everyone around you. Thus, others might see you as the go-to person to vent to and get advice from. You probably attract people quite often who have problems they can’t seem to solve. So, they want you to listen and help them sort through things.