What is an empath?

By definition, an empath is a person with the ability to apprehend the mental or emotional state of another individual. It comes from the word empathy, which means the intellectual identification, vicariously experiencing the feelings, thoughts, or attitudes of another. In other words, you might be an empath if you feel others’ emotions or thoughts on a deep level and take them on as your own.

If you have always felt more in tune with the spiritual side of life and what lies beneath the surface, this could mean that you are an empath as well. Empaths can have many different characteristics, but here are the most common ones.

1. You are Highly Intuitive

You can pick up on others’ thoughts, feelings, and emotions without them having to say a word. Perhaps you can even pick up on a person’s intentions, mood, and personality by their body language and overall energy. On some days, you might even feel aches and pains because of a negative occurrence in your town or even thousands of miles away. You can just sense when something is amiss in the world, and often absorb the energies of everything around you without even knowing it.

2. You Take on Other’s Feelings as if They Were Your Own

You can relate to other’s problems and frustrations easily, just as well as their triumphs and accomplishments. Also, you listen intently to others and want to solve their problems or help them celebrate a positive event. More often than not, though, empaths tend to absorb negative energy. They tend to sympathize with people and want to help them overcome problems. However, empaths can take on the problems and feelings of others as their own, which is why they usually feel burdened by all the imbalances in the world. If you wake up every day feeling like you carry the weight of the world on your shoulders, you are likely an empath.

Most of the time, empaths can listen to other people talk all day about themselves and their life struggles, but when the tables are turned, empaths usually have difficulty opening up. Since empaths are more inclined to help others with their problems rather than take on their own, they might have a hard time expressing their feelings.

When you absorb other’s energy into your own energy field, you unconsciously carry a lot of energy with you that can drain your own energy levels. If you lead an active lifestyle, but still feel tired often, you might be an empath. Also, fatigue can be attributed to energy vampires or people that feed off your energy, coming to you specifically to exchange their negative energy for your positive energy. If you think you might be an empath, watch out for these types of people who just want to drain you of your own vitality.

Strangers may come up to you at coffee shops or department stores from all walks of life that suddenly start talking about their problems openly and seem to be in great distress. If this has happened to you on multiple occasions, consider yourself an empath. People come to you because they can sense your caring and generous nature, and feel that they can release their pent up frustrations and feelings onto you. They trust you and believe you can help with their problems. Just be careful not to take on their problems as your own.

6. You Have a Strong Interest in Spirituality or Metaphysical Studies

If you have taken an interest in meditation, prayer, positive affirmations, holistic healing, or the many wonders of the universe, this is a huge sign of being an empath. Empaths usually see beyond the limitations of the 3D world around them, taking refuge in peaceful practices such as meditation or yoga. An empath usually wants to know more about the universe and what lies beyond the confines of society as we know it.

7. You Have an Open Mind

Empaths have no problem learning new things about the world, and actively seek out information not found in the mainstream news, movies, or TV shows. They want to learn things considered underground or weird by society as a whole and find the everyday way of living too restrictive and boring. If you got easily distracted or restless in school and always felt like there was so much more out there to learn, you are probably an empath. 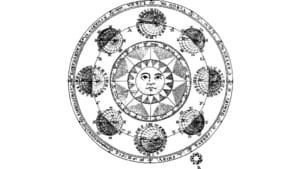 8. You Don’t Fit in With the Mainstream

If you are an empath, you have a strong desire to heal and bring this planet back into alignment. You consider the way that normal people live as destructive to your nature and defy any person telling you to live this way. Perhaps you might want to work for yourself in a field that expresses your creativity or desire to heal others.  You treat healing with utmost importance, and can’t understand why others choose to participate in destructive behavior. And, of course, you want to live life your way and don’t listen to others who disagree with your opinions on how you should live.

9. You are a Free Spirit

As the point above suggests, you don’t like to be told what to do. You don’t enjoy living by someone else’s guidelines; you live by your own rules. Maybe you never liked rules as a child and would often argue with your parents or teachers. You did not understand the “system” growing up, and still don’t to this day. Additionally, you enjoy adventure, freedom, and expressing your creativity – you probably have a strong interest in art, music, or writing and have a vivid imagination. You let this imagination take flight and live by the reality in your head rather than the one you see every day.

Are you an empath?  Discuss in the conversation below or join in on Facebook!