The definition of cognitive bias is a systematic pattern of deviation from the norm or a lack or rationing skills or judgment. By using cognitive bias; we subconsciously construct our own, subjective reality. Cognitive biases can result in distorted perceptions, poor judgment, and erroneous decision-making. So, what does this have to do with ways to look smarter? Just keep reading.

And we humans have no fewer than 100 of them. While some of these cognitive biases can somewhat hinder us, others may work to our benefit (note: the latter applies to the “Imbibing idiot bias.” More on this later!)  More specifically, understanding and capitalizing on the perceptual biases of others can work toward our interests. For instance, we can effectively utilize the tendency to judge someone’s intelligence based on their appearance.

It must be said that manipulating the subconscious of another is not something that we condone – under normal circumstances. But, who are we to say that a job interview or workplace qualifies as a “normal circumstance?” Why wouldn’t you want to look smart on that first date?

“People love to take shortcuts when forming impressions of people. We tend to make judgments based on easy cues, without thinking too much.” – Bogdan Wojciszke, professor of social psychology

Regardless of your (hopefully ethical) reason for wanting to look smart, there are plenty of ways to go about it. Without further ado, here are ten ways get someone thinking you’re a candidate for the Nobel Prize.

Smart people can use a wide range of words in multiple settings, including reading, writing, and speaking. The correlation between verbal acuity and general intelligence (‘g’) has been known for quite some time – a fact that is accepted most psychologists. To illustrate the previous point, the Stanford-Binet intelligence test relies more upon verbal reasoning in calculating I.Q score than any other factor. This test is one of the most widely-taken I.Q. tests taken today!

But you needn’t be a wordsmith to look smart. All you need to do is keep your writing clear and concise. While some may be impressed with the word “unbeknownst,” stating why you “don’t know” followed by objective evidence is the key to getting someone to think you’re brainy! Oh, and use grammar check!

2. Be an enthusiastic talker.

Raising your voice and fluctuating your tone helps you look smart. Okay, that’s not entirely accurate. Here’s a more straightforward way to explain: if two people are saying the same thing, the person who speaks faster and louder is more likely to be perceived as smarter than the other.

To pull this off, alter your speech by changing your words’ energy level, pitch, speed, and volume. Oh, and try to reduce the pauses in-between words. Also, use body language.

If you started wearing glasses recently, someone seeing them on you for the first time probably remarked, “They make you look smarter!” It turns out that they are onto something. According to the College of Optometrists in the U.K., 43 percent of people think that glasses make people look smart. Around 40 percent say they’ve considered wearing clear non-prescriptive lenses to appear more intelligent.

Glasses are also quite easy to acquire, as are clear non-prescriptive lenses (the latter you can get at your local drug store.) Just pop ‘em on and get instant I.Q points!

In a 2011 study published in the journal PLOS One, researchers conducted two studies asking participants to rate female faces – with and without makeup – on attractiveness, competence, likeability, and trustworthiness. Additionally, each female face wore different makeup (minimal, moderate, and dramatic.) In the first study, each image was shown for 250 milliseconds. In the second, the participant was afforded unlimited inspection time.

After recording and analyzing participant responses, the following conclusions were drawn:

In a study published in Psychological Reports, women who overheard men telling jokes were more likely to consider them more intelligent (and attractive) than men who conversed about different topics. But attributing this to mere perception would be a mistake. Numerous studies have linked humor with intelligence.

For example, in a 2017 study published in the journal Cognitive Processing, Austrian researchers found that “Black humor preference and comprehension are positively associated with higher verbal and nonverbal intelligence as well as higher levels of education.” Additionally, the scientists note that the mental operations involved in processing humor are complex and rigorous, particularly in the problem-solving areas of the brain. (4)

6. Use your middle initial.

Pretentious? Maybe. But using your middle initial gives off the impression of intelligence. Listen to this: in one study, researchers attributed an academic paper to the fake names David Clark, David F.P. Clark, and David F.P.R. (really?) Clark. Participants were then asked to rate the paper’s quality. You guessed it: David F.P.R. Clark came out on top. Followed by David F.P Clark, with plain ole’ David Clark coming in last.

Oh, and besides being good for perceived intellect, use of your middle initial also instantly lifts your social status. Now, try to resist the urge to stare down your nose at us less-gifted folk.

Like many of the other items on this list, this one also sounds a bit ridiculous. Apparently, “timescale bias,” as defined by researchers at Boston University, is our subconscious tendency to associate greater intelligence, awareness, consciousness, and intention to people who perform tasks at close to the same speed as everyone else. In other words, not standing out as seeming too fast or too slow will help you look smarter.

(Raise your hand if you tried finishing your test first in class. *Looks down at floor in utter shame and slowly raises hand.*)

In a study conducted by researchers at the University of Michigan and the University of Pennsylvania, social scientists found that people judge others to be less intelligent if they are drinking – or even holding a drink. Researchers believe that we hold onto these beliefs due to the correlation between alcohol use and cognitive impairment.

And, no, we’re not done with the silly-sounding bias names. Try this one on for size: the “imbibing idiot bias.” Do us all a favor and find that one friend (there’s always one!) who seems to forget their manners after grabbing the glass. Good. Now, read this and the preceding paragraph to them. A hearty “Thank you!” from all of us.

9. Be a nice person to look smarter.

Aww! How sweet (and accurate)! According to research by Dr. Bogdan Wojciszke, a social psychologist and professor at the High School of Social Psychology in Poland, people are inclined to like and respect an intelligent person more if they have a kind and warm personality.

So, while a small circle may admire and respect the crotchety intellectual’s smarts, they aren’t particularly liked by most. On the other hand, friendly and warm people who happen to be smart are welcome just about anywhere.

People who possess confidence in themselves are winners in the game of life. Not because of any achievement, per se, but because they haven’t allowed anything or anyone to bring them down. Oh, and such people happen to rise to the top in just about any field of endeavor – including academics, the workplace, and anywhere else they happen to direct their effort and focus. 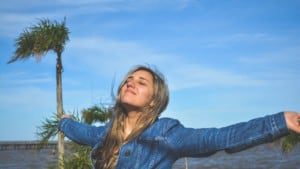 Not that it matters much to them, but self-confident people are also seen as smart. Indeed, few things magnify one’s intellect quite like confidence.  Also, research shows that self-belief improves performance in just about any cognitive task.

We’ve had a lot of fun, shared a few laughs, and (maybe) even learned a couple of things. But we’d be remiss if we didn’t emphasize how important it is to just be yourself.

If you want to present yourself as the embodiment of human genius, go for it! But by no means should you feel pressured to “act” smart or “look” smart. Nor should you ever feel as if you’re inferior because you don’t happen to be as “smart” as someone else.

Our society – our planet – needs people who are authentic, generous, kind, and warm-hearted. You’re plenty smart. But smarts are overrated. This isn’t just this writer’s opinion – it is a fact. Here’s Daniel Goleman, author of the international bestselling book, Emotional Intelligence:

“If your emotional abilities aren’t in hand, if you don’t have self-awareness, if you are not able to manage your distressing emotions, if you can’t have empathy and have effective relationships, then no matter how smart you are, you are not going to get very far.”