Many believe that your attitude affects your lifespan.

“I believe that there is a connection between mind and body — and that our thoughts and attitudes/emotions affect physical functioning and overall health.” – Norman Cousins


Many of you may be familiar with the extraordinary life and story of Norman Cousins, diplomat, editor and author.  He died in 1990, but in the mid-1960s, he was diagnosed with a fatal disease and told that his death was imminent.  Although almost completely paralyzed, Cousins decided to leave the hospital. Then, he threw away his medications, checked into a hotel, and surrounded himself with things that made him laugh. In addition, he watched Laurel and Hardy movies, read positive message books, enjoyed comic books from his childhood, and pored over inspirational writings.

Detailed in one of his books, “Anatomy of an Illness,” Cousins chronicled his journey and the unbelievable restoration to complete health with another kind of medicine. Laughter along with a changed outlook and attitude. 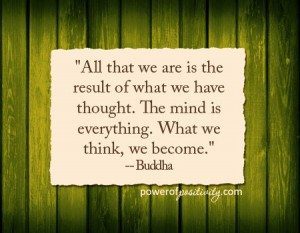 Can optimists really heal themselves?

Or, can humor impact your health?

If you make statements like, “I’m sick with worry” or “I’m scared to death,” could you be fueling an illness?

Long term and current research now tell us that the mind and immune system are necessarily connected. Indeed, they do not exist independently. For example, if you expect illness, you increase the odds of getting a disease. Or, if you expect good health, your chances of enjoying good health are increased by that attitude.

Duke University reported in the journal Medical Care that the way we perceive our health has a dramatic effect on our actual health. They asked a group of 3,000 heart patients to rate their health. Those who responded “very good,” had three times the survival rate of the others who answered “poor.” And, that was regardless of the variables in their health.

…regardless of risk factors, those who saw themselves as having poor health, roughly doubled their risk of death within five years.

Moreover, Johns Hopkins University confirms what Duke University reported. Their researchers interviewed more than 5,000 people over the age of 65. Regardless of risk factors, those who saw themselves as having poor health roughly doubled their risk of death within five years. Hard to believe, but pessimism proves to be more deadly than congestive heart failure or smoking 50 or more packs of cigarettes every year.

Gunnar Engstrom, MD, a professor at Lund University in Sweden has studied self-ratings of health. He says, “A positive attitude about health can ward off mental distress and may help provide important protection against diseases.”

In 1973 Dr. Grossarth-Maticek tested the attitude of thousands of elderly residents in Heidelberg, Germany. And the amazing results surfaced twenty-one years later. That’s when he compared the test scores with their current health. “The 300 people who had scored highest turned out to be thirty times more likely to be alive and well 21 years later than the others.”


A seven-year study at the University of Texas found that people with an upbeat attitude about life could actually delay aging. This study suggests that psychosocial factors play a role along with genes and physical health in determining how fast we age.


They speculate that positive emotions might alter the chemical balance of the body. Leading the research, Dr. Glenn Ostir told BBC News Online. “I believe that there is a connection between mind and body — and that our thoughts and attitudes/emotions affect physical functioning and overall health.” 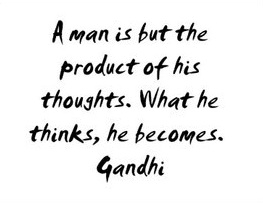 Past president of the Association of Applied and Therapeutic Humor, Steven M. Sultanoff, Ph.D. and clinical psychologist in Irvine, California says. “Humor stimulates laughter, and we know that physiological stimulation through laughter leads to a number of health benefits by reducing stress and boosting antibodies that fight infection. The research, particularly on heart disease, is dramatic. In fact, chronically angry people are four to five times more likely to have a heart attack than people who are not.”

Other studies reveal that depressed people maybe 42 percent more likely to develop diabetes. Sadness seems to stack the odds against you.

John Barefoot, a Ph.D. research professor at Duke University Medical Center in Durham, North Carolina, initiated a 25-year study of medical students from the 1950s. At the end of the study in 1980, he concluded that the ones who were hostile were more likely to die.Later expanded studies have confirmed those same findings.

WHAT YOU CAN DO

Support groups can have a powerful impact on your health as well when you’re dealing with sadness and depression or a painful circumstances University, researchers found that cancer patients who attended a support group lived longer.

Our mind is a powerful weapon. Indeed, we can use it to defeat our enemy, disease, or as an ally to heal us and give us excellent health

Maybe there is something to the old adage Laughter is the Best Medicine.

doIn the past, a broken hip for a senior person usually led to an early death. Fortunately, advances in medical scie...

The choice to wear a face mask could be a valuable tool in preventing the spread of germs and viruses. A recent s...

Scientists Reveal How Having a Regular Sleep Schedule Improves Health

Many people today suffer from chronic sleep deprivation. That problem partially comes from the fact that many don’t ...