When most people hear that they have Stage 4 cancer, they tend to think all hope is lost. However, a new treatment is restoring faith to doctors and patients alike. After taking part in an experimental clinical study, Judy Perkins discovered her breast cancer had vanished without any chemotherapy. This gave hope to thousands of others going through the same thing. How exactly did her cancer disappear without conventional treatment? Read on to find out her incredible story.

Judy Perkins got the unpleasant news in 2003 that she had the early stages of breast cancer. Soon after, she got a mastectomy and got back to her regularly scheduled life. However, 10 years later, Judy found that the disease had returned and had become full-blown metastasis.

Doctors offered Judy the most common treatments such as chemotherapy and immunotherapy, but she didn’t respond to them. Two years later, though, she had a renewed sense of hope after coming across an unusual treatment for cancer. In a class on immunotherapy, she met Stephanie Goff, a member of the National Cancer Institute. Stephanie told her she was doing clinical trials of groundbreaking cancer treatments using immunotherapy, so Judy immediately decided to sign up to be a part of the study. 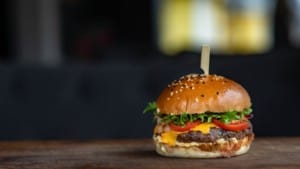 At the beginning of the treatment, Judy felt very sick and suffered from chills, pain, and fatigue daily. However, Judy kept at it because she knew the treatment was working. “I started to notice that the tumor pinching the nerve in my arm seemed to be causing me less pain,” she said. “After a week or 2, it was pretty much gone.’’ She noticed the same results with the tumor near her heart. The treatment was successful, and in less than 2 months, Judy’s cancer eradicated. She’s been cancer-free now since 2016.

The mastermind behind this breast cancer treatment

The doctor who came up with immunotherapy is Dr. Steven Rosenberg, Chief of Surgery at the National Cancer Institute, and a pioneer in immunotherapy research. “I think it’s the most promising treatment now being explored for solving the problem of the treatment of metastatic, common cancers,” he shared. It may not cure every patient’s breast cancer, but it can certainly provide a new solution to many people.

What do you think about immunotherapy? Have you ever known anyone who has undergone this treatment? Share with us in the comments!