Are you and your objet du désir a match made in heaven or two comets with wildly eccentric orbits colliding in the night? When it comes to love, each zodiac sign has its own distinctive inclinations and motivations. When a new person enters your life, knowing your zodiac sign relationship proclivities can help figure out whether what you’re feeling is a transient crush or a love connection with long-term potential.

Your astrological horoscope is a symbolic snapshot of the skies as they were at the precise moment you were born. Think of it as a highly personalized, one-of-a-kind mandala. Your zodiac sign, which is by far the most important of the multiple factors that make up your horoscope, is determined by the date on which you were born. When you’re learning about yourself and your relationships with others, your zodiac sign is the natural place to start. The romance profiles below give the approximate dates that determine your sun sign. Read on to get the lowdown on what your sun sign says about your romantic style and preferences.

Aries is a fire sign, so it’s not surprising that Aries brings a real spark to each zodiac sign relationship. Your intimacy tends to be hot and passionate but so, too, are your battles. You’re very independent, and you enjoy romantic flings. If someone is able to tame your innate Aries restlessness, though, you make a devoted partner.

Taurus is a deeply sensual sign, so Taureans have very tactile relationships with their loved ones both in and out of the bedroom. Commitment is your forte, and your partner will never have to worry about cheating. On the flip side, you can be a wee bit clingy.

Geminis are charismatic, so anyone they want to charm will probably fall for them sooner or later. As a Gemini, you’re a natural psychologist with acute intuitions about what makes people tick. You can be fickle because you’re a tad commitment-phobic. Once you lose your own fear of intimacy, though, you make an affectionate partner who’s never boring.

Cancers are very caring individuals. Their problem can be that sometimes they care so much that their feelings get hurt. If you’re a Cancer, trust is an enormous issue for you, so it’s extremely important for you to vet the individuals in your life before you allow your emotions to run away from you.

Leos are natural centers of attention. If you’re a Leo, you never lack the self-confidence to approach anyone you’re interested in. Creating lasting relationships can present a challenge, though, because you’re a trifle self-involved, so when tensions arise, you can be reluctant to consider your own responsibility for them.

Virgos can be shy, so not everyone in the room immediately recognizes what a great catch you can be. Your practical nature may get a little nervous around grand gestures. You believe in resolving romantic disputes in a way that lets everyone come out feeling like a winner.

Libras like to fall in love, and they do so often. On the other hand, they know how to weigh advantages and disadvantages, so if they make an unwise love connection, they have the skills to back out gracefully. At any one time if you’re a Libra, you probably have any number of friendships simmering away with the potential to boil over into something more passionate.

As a Scorpio, you’re somewhat cynical, and you’re talented at identifying and eliminating insincere suitors. You may have to learn to lighten up a little and to give others the benefit of the doubt. You crave intense emotional connections, so remember: Those connections have to start somewhere.

Sagittarius likes to keep things mellow. If you’re a Sagittarius, and you’re in a relationship that’s not giving you what you want, chances are you’ll have no compunctions about calling it quits. Sagittarius tends to be the most physically active sun sign, so you’re looking for a mate who will be a great teammate.

Capricorns are serious people; “flashy” doesn’t impress them. You have identified what you need in a romantic relationship, and you’re looking for someone who can fulfill those needs. Once you’ve found Mr. Right or Ms. Right, you are a dedicated and supportive partner.

If you’re an Aquarius, you already know that experimentation is part of the love game. You don’t wear your emotions on your sleeve, so you may tend to come across as mysterious to potential partners. You’re a terrific problem solver, so when issues arise, you can generally work out a compromise that satisfies all parties. 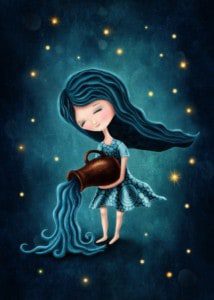 Pisces are characterized by an ability to empathize that’s so strong that it can sometimes seem as though they’re blessed with the ability to read their partners’ minds. You’re quick to forgive, and some people may construe that as meaning you’re a bit of a pushover. Don’t let yourself be under-valued!

The Deeper Meaning of Astrology

Medieval astrology was based on the notion that the sun revolved around the earth. Of course, these days, we know that isn’t true. Nevertheless, astrology offers an ancient framework for understanding deeper truths about ourselves, and the insights offered by astrology are often astonishingly accurate.

Remember: Your sun sign is only one of the elements that go into determining a zodiac sign relationship. If you’re interested in delving deeper, many resources exist that will help you gain an even greater understanding of your zodiac sign.