Numerology and can tell us in-depth information about our unique life paths which will enable us to realize our purpose and live it on a daily basis. All numbers carry with them a certain vibration that affects everything from your perception of life to your personality to what kinds of clothes you like to wear.

Your life path number is no different. It can assist you in knowing your strengths and weaknesses and ultimately guide you to make choices in your life that align with your best interests.

Here’s how to calculate your life path number

If your birthday (the day life began outside the womb) was on July 18, 1991; to calculate your life path number, you would add up all the digits until you end up with a single digit.

So, your life path number would be a 9. There will be more explanation as to what that means, along with all other life numbers, below.

Here’s What Your Life Path Number Reveals About You: 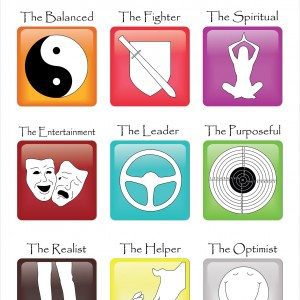 1’s are the type of people who love coming up with new inventions and ways of doing things, and ideas just seem to come to them effortlessly. However, they like to do things their way and can have trouble tolerating other people’s lifestyles and decisions.

2’s might identify with the term “empath” because they often put other’s needs above their own, and care deeply about the well-being of others. They can’t stand isolation, and probably have a tight-knit circle of friends to keep them company. While they might not warm up to others easily, their shyness melts away when they find friends who really understand them.

Also known as the life of the party, 3’s love any chance to have the spotlight on them and enjoy the attention of others. They have a certain charm about them and know-how to carry a conversation. However, they often talk more than they listen, though, and can seem a bit insensitive at times. Also, they have a big heart but are frequently misunderstood.

4’s have been known to stick to balanced routines, and rarely step outside their comfort zone or adopt new principles of living. They often have conservative values and believe in the idea of hard work to earn their place on this Earth. 4’s enjoy time spent in nature and tend to shy away from modern entertainment. Their weakness is that they can sometimes be stubborn and closed off to new ideas.

They don’t like anyone telling them what to do, and steer clear of anything encouraged by the mainstream. They have fierce independence about them and have a hard time understanding modern society. 5’s are drawn to the arts, as creative expression serves as an outlet for them. They may have been called “problem children” in the past due to their adamant opposition to authority and rules.

An eternal optimist, the romantic lives with their head in the clouds, dreaming of a perfect world and wanting to offer a positive contribution somehow. They sometimes focus too much on what they can’t change, though, and the state of affairs in the world can bring them down if they don’t divert their attention. An Optimist has a close relationship with their family, and make a very loyal friend or partner.

A natural-born intellectual, 7’s are highly analytical and logical. The Realist makes decisions based on their thoughts, not emotions. They love doing research and learning about exciting new topics. They might seem cold and unfeeling to others, but they just don’t wear their hearts on their sleeves. However, they still care underneath the surface.