Pessimistic people aren’t just negative, but cynical and arrogant. They don’t just see the struggles in life, but thrive on these circumstances. Many of them will flat out tell you that they are not pessimists but realists. In their world, nothing is rainbow and butterflies. Many of these folks are depressed, mentally unstable, and feel that the world is the cruelest place in the universe. Our lives consists of good and bad, up and down, and a million other opposites. It’s the Yin and Yang of the world that describes how opposite and contrary forces are interconnected. Perhaps we need the pessimist in order to appreciate the optimist.

How does one deal with the constant woes of the pessimist? The pessimist has unrealistic expectations in life and continues to be pushed and pulled by the gloom and doom of circumstances. In many cases, this type of person cannot see the light at the end of the tunnel. They live in a miserable state of darkness, crudeness, and hostility.

Here are 5 behaviors pessimists use to bring you down, and how to avoid them:

Most pessimists believe that they are victims of circumstances or situations. They live stuck in the past. As per Robert Firestone, PhD: “People who become mired down in feeling victimized tend to view events in their lives as happening to them and feel ineffective and overwhelmed. They also operate on the basic assumption that the world should be fair, which is a child’s way of thinking.”

They carry around a sign that says, “Poor Me!” and everything that happens to them is geared back to a childhood or past event. They cannot move out of the victim mode.

The best way to deal with the victimization behavior is to call the person out on it. Make them aware each time they enter into the pessimistic attitude and put a stop to it. People may become angry when they are called on their attitude in a constructive manner. It’s important to shut down the critical and destructive thoughts. Help that person understand that they are no longer living in the past. They have the ability to create a new way of thinking.

Jealousy and an envious attitude derive from insecurities. Most pessimists do not want to follow through because they believe they will be disappointed. Therefore, they’d rather feed on emotional toxic behaviors of wanting what others have worked hard for. In their own lack of self-esteem, they cannot understand why they are “unlucky” or do not get what they so righteously deserve.

Most of the time, jealous people have no idea that they are envious. They do not see the disturbing pattern in mental health. It’s not uncommon for them to have anger or rage for not receiving what another has in their lives. Dealing with this type of behavior is like dealing with a selfish child. You can’t make them understand what they aren’t ready to face about themselves. They already live in a state of negativity, and any productive criticism will be taken as a rejection. It’s best to reinforce their good qualities and help them find something to replace the jealousy. 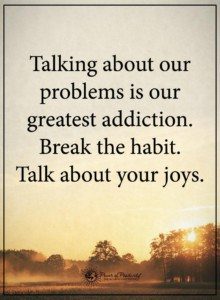 The complainer is ridden by constant negativity that can become a huge challenge for anyone around them. Nothing makes these type of people content or satisfied. They are a dark cloud that never allows the sun to shine through. The chronic complainer lives in a miserable state of dissatisfaction and passes on that toxic behavior on to others. Unfortunately, these folks do not see themselves as pessimists. They believe they are pointing out the things that no one sees, but in the most annoying ways.

You cannot convince the complainer that things are not that morbid. You cannot tell them to stop overreacting either. The best way is to validate how they are feeling, have empathy and let them know that you appreciate their input. You can redirect their complaints and behavior by adding something positive and walking away.

Most cynical people have little faith in humanity. They are bitter, angry and have no problem expressing their opinions to anyone. Oscar Wilde said it best, “A cynic is a man who knows the price of everything, and the value of nothing.” Cynicism is often thought of as intelligent, because cynical and sarcastic people are full of wit. However, they are not just skeptics, they are blinded by their ignorance and fears of seeing beyond their conventional ideas. A cynical person has a hard time leaving the comfort of their own ideas to learn something new.

It’s hard to deal with a cynical, close-minded individual. You either set boundaries or take your losses. This type of person isn’t willing to agree to disagree. They are right and you are wrong. It’s best to not pursue an intelligent argument because they can’t see past their own misconceptions. They are not willing to learn anything from you.