They say that great leaders aren’t made, but born. In other words, natural leaders supposedly possess innate impressive qualities that make them a success. Experts say, however, that everyone can bring out their natural leadership with the right nurturing and training. The skill can be acquired, learned, and honed. So, take a look at a few ways to develop your natural skills as an effective leader.

Here Are 5 Ways to Become A Natural Leader

1. Re-assess what being a leader means for you.

When people think about a natural leader, they instantly picture this person who’s charismatic and a good orator, like Winston Churchill or Martin Luther King, Jr. But there are also effective leaders who don’t necessarily have a loud voice in the figurative and literal sense.

Some natural leaders might hardly talk. They may work quietly behind the background or approach key people personally to discuss issues and problems. But when push comes to shove, they’re on the front lines directing everything and guiding everyone on their team.

So, if you’re the type who’s not too keen on speaking up in front of a large crowd, that doesn’t mean you can’t be a natural leader. You can have a more personal, intimate, and inclusive approach to leadership and that’s perfectly fine, too. Besides, being a great communicator also means you’re a great listener and observer. 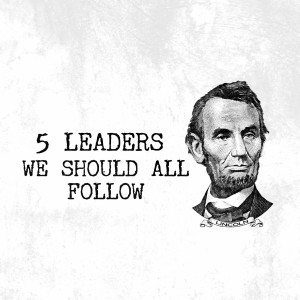 2. Learn to manage your emotions.

Energy drives feelings and emotions. If you supercharge these emotions in a way that could cause damage, people working under you might bear the brunt. A good leader shouldn’t let his emotions overcome him, but you don’t have to be an unemotional and unsympathetic superior. Natural leaders know how to properly channel their feelings to connect with others so their working relationship remains in harmony.

For instance, if a project at work has been delayed which could cause a big loss for your company, would you let your agitation trigger a breakdown? Natural leaders figure out what really happened, and they work to find a solution. Instead of berating a staff member, they assure the worker that in spite of mistakes, it’s not the end of the world. They can fix the problem together.

Natural leaders thrive on positive reinforcement, positive thinking, and giving positive feedback to help boost staff morale, especially in problematic situations. Isn’t it always better to see the half-glass full? In that case, everyone will be motivated to work harder and better.

3. Recognize that you’re still part of a team.

In fact, the success and accomplishments of your team members will reflect well on you, if you are an effective, natural leader. If you work to bring out the best in your staff, it shows you are a capable leader. You give others support and positive guidance in their work and credit them for their accomplishments. You give them the spotlight to shine as well.

Natural leaders who are givers earn the respect and loyalty of their subordinates. They also have more productive staff members. For instance, Google’s chief executive officer, Sundar Pichai, believes it’s his job as a leader to help the people who work for him become successful. He believes in helping his team members overcome the roadblocks. By doing so, he has made Google one of the most successful tech giants in the world.

Natural leaders who are effective share knowledge and information with their subordinates. They become mentors by guiding their staff members to find the path that brings out their best potential. According to a leadership coach, not all leaders possess this quality. Some leaders don’t trust their team members enough to provide them with the knowledge and training that will help them grow and develop.

Some leaders push their team through fear and conflict, and there’s no openness with each other. A team with flexible leadership encourages the exchange of ideas, skills, and capabilities, thus making the organization more successful.