Have you ever considered The Wizard of Oz to be a tale of leadership?

There you are minding your own business when a huge tornado comes along and turns your world upside-down. You are transported to a land where little people sing in shrill voices, a woman wearing a gown appears from the sky in a bubble, a witch with hideous green makeup tells you that she is going to make your life miserable, and your family is nowhere to be found. The only thing you have to hold onto (literally) is a small dog named Toto who got you into this trouble in the first place. If he just hadn’t tried to bite the Maxwell House lady…

You know the story. But did you ever stop to think what great leadership skills Dorothy used to get herself out of that mess and back home? Would you have been able to do the same?

Dorothy as a Natural Leader 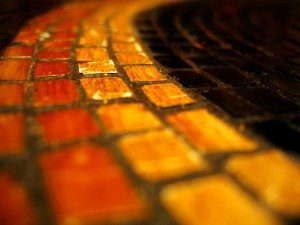 First of all, she knew where she wanted to go. She had direction. Even if it did start out in tiny steps going in a circle of golden bricks, the plain and simple fact is that she never stopped thinking about her goal. She wanted to go home, and nothing would deter her from that. Circles or no circles, crossroads or no crossroads, witch or no witch, Dorothy was going home. Period.

Secondly, she told everyone she met what her goal was, and even intrigued a few of them into adventuring along with her. Now, granted, this was quite the rag-tag group. A Scarecrow, a Tin Man, and a Cowardly Lion might not be anyone’s first pick of partners on the journey to success. But, didn’t they believe in her? Didn’t they encourage her? Didn’t they help her get where she wanted to go? And they stuck with her regardless of the challenges she encountered. Not such a bad group after all. I daresay it was Dorothy’s conviction and good heart that kept them by her side and believing in her.

Next, she overcame the many obstacles that she encountered, no matter how daunting. No menacing trees throwing apples would stop her. And certainly, no poppy fields with sleeping potion could keep her down. No big, intimidating door would keep her out. And no witch would keep her locked up. No sirree

, nothing was going to stop Dorothy from moving forward toward her goal. She focused her efforts and determined to get home.

Finally, she realized that the biggest part of the journey she had made was within herself. Regardless of how many miles she had walked, the real journey was in recognizing what was truly important to her. She understood the importance of family, friends, values, and the roof over her head. Everything else was interesting and at times glamorous, but temporary. True wisdom starts from within, and Dorothy learned this lesson.

Final Thoughts on Dorothy and Leadership

“You don’t need to be helped any longer. You’ve always had the power.” ~ The Good Witch from the Wizard of Oz

So, what do you think of Dorothy’s leadership skills now? She had direction. Plus, she attracted the right people into her life to help her get there. She overcame obstacles, no matter how large or small. And she realized that the largest part of her journey had really happened within. Not bad for a little girl.