Joan MacDonald, a 74-year-old woman from Canada, has become an Internet sensation due to her inspiring mental and physical transformation. She proves to anyone struggling with weight or health issues that it’s never too late to start your fitness journey. Joan began to to take an interest in health and fitness in January 2017 when she was 70 years old.

At the time, she weighed 198 pounds and took medicine for high blood pressure and acid reflux. She also struggled with edema in her ankles, painful arthritis, and difficulty walking up and down the stairs. Joan felt exhausted and emotional all the time and just felt ready for a drastic change in her life. So, with the help of her daughter Michelle, a competitive bodybuilder and an online health coach, she decided to turn her life around.

How Joan Started Her Transformation 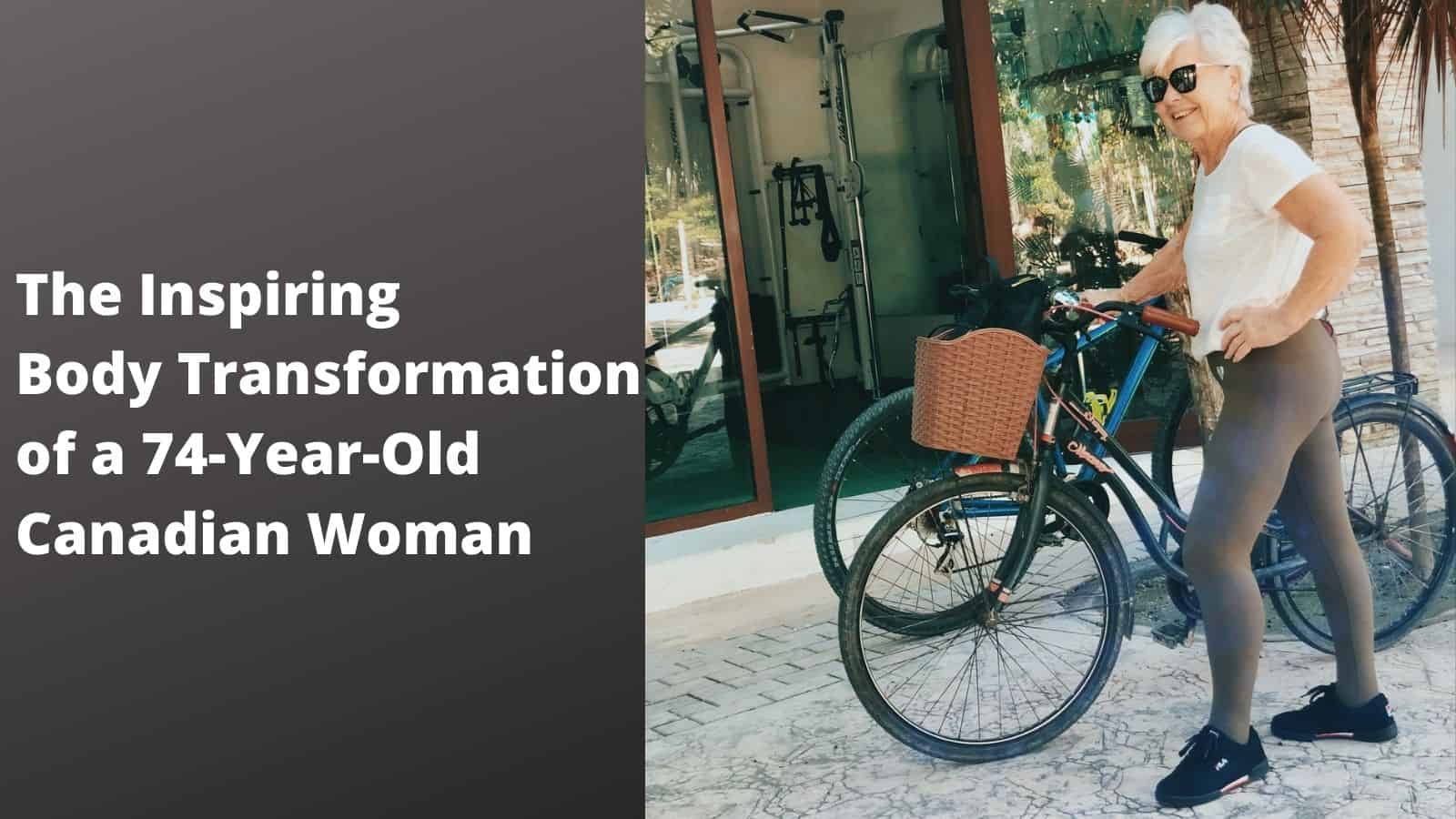 Michelle invited her mom into an online group of women who also wanted to lose weight and get healthier. There, they could share valuable tips with each other and offer support and encouragement. Taking inspiration and advice from Michelle and the other women, Joan immediately made a 180 with her lifestyle. She renewed her gym membership, bought a food scale, and purchased an iPhone to use macro counting apps.

“It was incredibly hard work, let me tell you, and there were many days where I was in tears over technology, but I never threw in the towel.  However, I stuck to my guns and never gave up. My motto was, ‘I don’t mind if my changes are slow. I am going to go at my own pace, and this time the changes are going to last the rest of my life.’ I really meant it,” Joan said on her website.

Joan says she’s lost around 60 pounds so far, most of which came off during the first six months. She uses an app called Macros to track her food intake, and her daughter sends her workouts through a fitness app. In addition to altering her food and workout habits, Joan says she had to change her mindset as well. She started using the app Headspace over a year ago, crediting it for teaching her to stay calm and focused.

How Does Joan Stick to the Plan?

While it was hard at first, Joan said the support of the online group helped tremendously with sticking to her goals. She also had to change her mindset and relationship with food, eating five meals per day to power her through the workouts. According to her Instagram, Joan eats balanced meals of around 1500 calories per day. She eats about 150g of carbs and protein per day, and 40g of fat.

Joan also treats herself to a few cheat meals per month, where she doesn’t track anything or worry about calories. She doesn’t avoid any food groups and eats healthy most of the time, but says she loves Nutella. (Then again, don’t we all have that one food we can’t resist sometimes?) Joan drinks around 3 liters of water per day and doesn’t take any performance drugs or steroids.

She lost 45 pounds during the first year of her fitness transformation, ten the next year, and ten more the following year. Her daughter Michelle believes she will lose around five more this year just from continuing her workout regimen. Joan’s workouts consist of 5 days of weight training and 3-7 days of cardio. Weight training sessions last around 90 minutes, including warm-ups and cool-downs, and cardio can last from 15-45 minutes, depending on her goals.

While this may seem intense, Joan says if you want to lose weight, you have to work hard at it. “If you are looking for a change, I can tell you that it is not an easy journey, but it is well worth it.  I hope that my story gives you the confidence that you can change too. If I can do it, you can do it,” she says.

Joan says that in the online group, they had to share collages comparing pictures of their starting and current weight. She said it helped her and the other women stay motivated and know they were on the right track. As the months went by, Joan could tell that they all had made progress. The weight and inches started to melt away, and Joan’s confidence in the gym steadily increased.