The idea of letting go of “toxic people” in your life is a trending theme lately. And, for good reason. Recent studies show that healthy relationships lower stress and contribute to good mental, emotional and physical health.

On the flip side, in a long-term study done with 10,000 subjects over the course of over 12 years, researchers found that subjects with more negative, toxic relationships were at greater risk for heart disease than their counterparts with more positive relationships.

Toxic relationships can come in many forms. You might find parents, siblings, partners, friends, co-workers, to have these traits. Of course, no real relationship is 100% perfect at all times.

Labeling someone as “toxic” to you, doesn’t necessarily mean they are a bad person and in no way an attempt to associate a human being with contamination in the literal sense. It also does not mean that you should ditch people when they are going through hard times.

But, it does mean to evaluate the people in your life and how they make you feel on a consistent basis. Some people are just literally hardwired to be toxic. Unfortunately, that usually comes from years and years of negative rewiring. So, how do you know if someone is really a toxic person?

Here are 10 things to never ignore from toxic people: 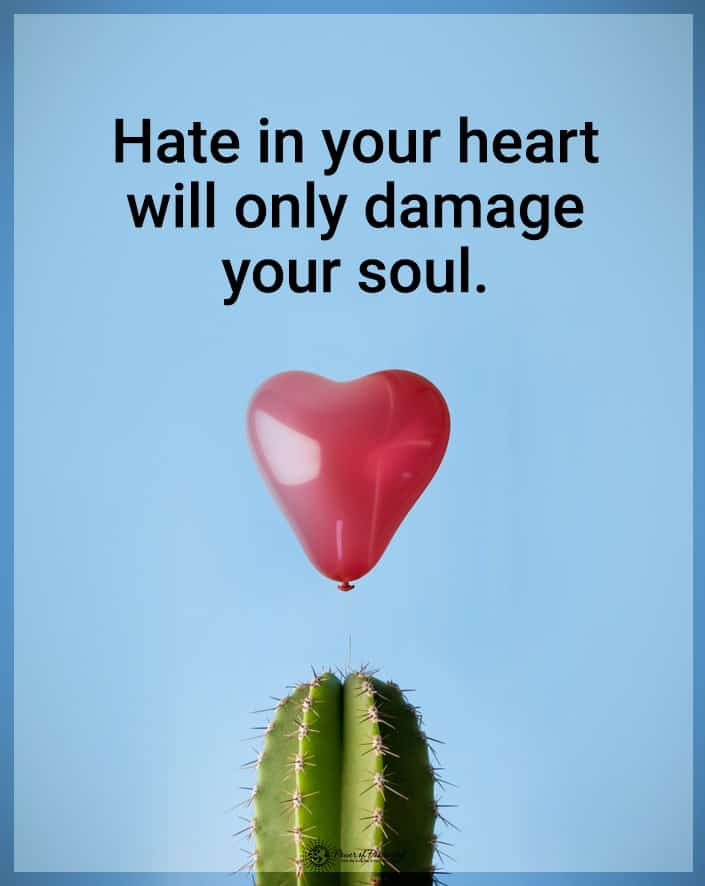 1. Toxic people apologize to no one.

Expecting a toxic person to apologize is like asking a petty dictator to embrace diplomacy: completely out of the realm of possibility.

They’ll construct an elaborate lie before admitting any fault, no matter how obvious. The cool thing is, as rational human beings, we don’t require some faulty rationale to move on. We can choose to realize and accept toxic manipulation. The action of letting go of this behavior enables us to move forward without regret.

2. They make you “prove your worthiness”.

Unsurprisingly, toxic people bear a stark resemblance to the narcissistic. They’ll make you choose between something that’ll benefit your life, or decide to hang around with them a bit longer. In the event that you choose the former, the dramatic firework show will undoubtedly commence.

Forget it. Move on. You have one person – and one person only – for which you need to prove anything. And that individual is yourself.

Projection is nothing more than psychological manipulation. Rather than take ownership of their feelings, they’re more likely to blame you as the source. This may be as simple as “You’ve been in a bad mood all day,” or “Your attitude is really bringing me down.”

Remember, this psychological manipulation has nothing to do with you. It’s all about them. It always has been and will continue to be.

4. They are hardwired for manipulation.

It isn’t uncommon for someone that’s been involved in a toxic relationship to reveal what they now recognize as deliberately manipulative acts.

Attribute such realizations to entitlement, lack of self-esteem, or outright selfishness. The chances are that this manipulation is so deeply ingrained that even the most selfless and benevolent among us are unable to appease such outrageous and devious behavior.

5. Their “true self” is never revealed.

One day, the person is loving and attentive; another, they’re distant and abusive. In fact, they rarely display their true selves upfront. That’s how they want it to be. That’s how they maintain control.

Good-hearted people will almost always attempt to understand someone else’s problems – and contribute to some kind of solution. The problem is that there is no real “problem,” and a “solution” is nothing more than a mirage. Most of the time, their thought process is filled with toxic thoughts.

Have some great news to share? You’re better off not involving someone toxic. Did you receive a raise? Plan a vacation? Adjust your schedule to become more available?

Toxic people have a way of contorting any positive news into something negative. That’s their nature. It sucks. But again, you don’t have to participate.

Solving a problem that involves more than one person requires cohesiveness. Unfortunately, toxic people are utterly incapable of reciprocating what is, to most of us, a natural and fair response.

Instead, they’ll (once again) deviate from any sense of responsibility while redirecting your attention to an unrelated matter that may (but probably did not) result from your actions. Solving a problem is not important to toxic people. They’re more at home creating one of their own.

8. Mannerisms matter all of a sudden.

On a related note, toxic people have a way of pointing out any and all acts of “division.” Sigh at the dinner table? Convey a frustrated tone over the phone? Anticipate and expect a toxic person to, all of a sudden, display memory of someone with a 160-plus IQ.

Though you could likely allocate hours (days?) droning on about a toxic person’s offenses, you don’t. Why? Well, because you’re a decent human being with a good heart.

On the other hand, toxic people refuse to allow such “transgressions” to fall by the wayside. In their disillusioned sense of reality, they’ll insist on making any perceived shortcoming a pain point. Why? Well, to get their way, of course.