Does your partner have a problem with toxic jealousy? You may have seen red flags in the beginning, but you chose to ignore them because you thought you met “the one.” Now that the sexual chemistry has faded, you’re wondering how you didn’t see all the toxic behaviors that were staring you right in the face.

When you’re with a person that makes you feel less than, sad, and even angry at times, it’s hard to find the courage to let go and move on. Don’t think that this person will change or that you can alter their behaviors. The reality is that they will never change unless they are willing to go through some intensive therapy.

Sadly, the person who will change will be you. Once you spend time with someone who tears you down and is always jealous of your every move, it does something to your psyche. Thankfully, you don’t have to settle for such a relationship as there are people out there that will healthily love you without jealousy involved.

Signs Your Partner Has Issues with Toxic Jealousy

Many people think that they must settle because they have flaws. It doesn’t matter if you’re poor or have millions in the bank. Your body size doesn’t matter, nor does how many children you have or what religion you are affiliated with when it comes to true love. 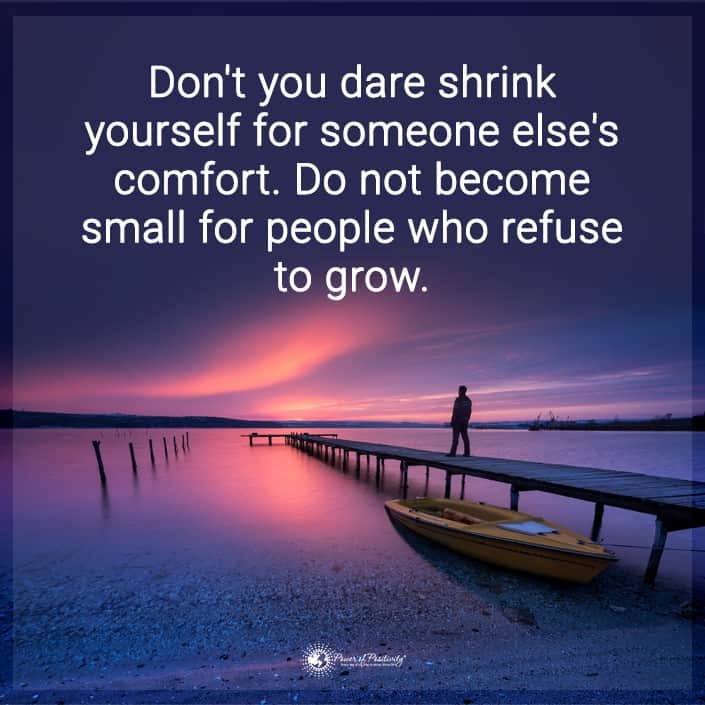 When you’re in a toxic relationship, they tear your self-esteem down so that you don’t believe that anyone else will ever want you. Thankfully, this is not true, and you can and will find true love. Here are the most common red flags that people see but ignore, but you don’t have to settle for this anymore!

1. Uses Derogatory Language Towards You or An Entire Gender

There is nothing worse than to hear someone down an entire gender. The behavior of this nature is often observed with misogynistic people. A guy may be mad at the woman at the drive-thru window for messing up his order, and he may call all women a derogatory term because of her mistake.

This would be disrespectful to you and your family. A woman wouldn’t care to call out men who tick her off either. The problem is that this person feels powerless around this gender, which means they could be potentially dangerous to you. Degrading and suppressing an entire group is never acceptable.

Toxic jealousy can get to the level of absolute insanity. You may be required to hand over your phone when you get home from work if they ever allow you to work outside the home.

They may monitor your social media pages for instant messages and other communication. You have no freedom whatsoever, and they are frequently on guard for any sign that you’re cheating or lying to them.

3. Wants to Know Where You Are Every Minute of The Day

You have a schedule, and you better stick to it. If you’re even ten minutes late coming home from work, you know that you will have plenty of questions to answer. If you alleviate your schedule, they see this as the possibility that you are either cheating or plotting to leave them.

4. Yells And/or Becomes Violent During Arguments

Have you learned that you must avoid arguments because they escalate to a dangerous place? While many people think of men as abusive, both verbally and physically, it’s not always the case. Women can be just as violent as men, but men usually don’t speak about such things as the stigma attached to it.

Even the smallest of arguments between you two seem to escalate. They may call you names, become hotheaded, and you’re afraid they will hit you. The chances are when they have such an explosive temper that they will eventually resort to violence.

5. They’re Very Opinionated About Everything

There are many opinionated people in this world. However, their opinions go far beyond your appearance and into your preferences. They may try to dictate what movies you can watch, the restaurants you can eat, and what you can or cannot buy at the grocery store.

The toxic personality type likes routine, so if you suggest doing something new or unfamiliar, they may explode. This person has significant control issues, but you must understand that some of this control comes from a lack of security. They’re afraid that you’re going to find someone else, so they try to keep a tight rein on you. You are the only thing in their life that they feel they can control.

6. Avoids Your Family and Friends

Remember, toxic jealousy stems from insecurity problems. They don’t want you around your family or friends because they fear that they may try to get you to leave. They also don’t want all the secrets about your relationship to come to the forefront.

The truth is that you can do better, and you should leave. You don’t have to live like this as it will only get worse. 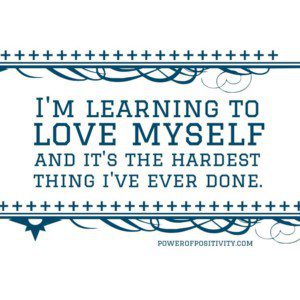 7. There Are Specifically Defined Roles in The Bedroom

The insecure person doesn’t like to change things up in the bedroom. They may not even want to discuss intimacy. They usually have defined roles on what a man and woman should and shouldn’t do when making love.

If you suggest anything outside the normal realms, they may be very offended. Additionally, some men believe that women who want to try new things are a dirty person or a “slut.”

You don’t know from one day to the next what kind of mood your partner will have. You’ve become so used to playing the game of whether they are Dr. Jekyll or Mr. Hyde that you are used to their bipolar tendencies. Sadly, you walk on eggshells because you’re afraid that anything you do might set them off.

9. Strong Opinions on How You Should Dress

Does your partner have strong opinions about the way you dress? They may think your jeans are too tight or your shirt is too low. Some people even get angry when a woman puts on too much makeup as they feel that she may be trying to entice another man.

It’s okay for your partner to have preferences regarding how you look, as there are some things that everybody finds attractive. However, the toxic personality will be upset if you don’t dress or look a certain way. When they point out things they don’t like, they will be angry if you don’t change it to appease their jealous tendencies.

This person is emotionally invested in you not as a person but as an object. Your nobody’s possession that is on display. They view you as an extension of themselves and not an individual with free will.

10. Complains About Parents and Raisings

Guys have mommy issues, and girls often have daddy problems. The toxic jealously might extend from issues with how they were raised. If they had an abusive mother who drank and had a substance abuse problem, then this guy might see that all women are bad and out to hurt him.

A woman who had a father that was both verbally and physically abusive might cast that negative view of her dad onto all men. This sort of ugly blaming is nothing more than holding grudges from childhood, and it’s toxic. You could potentially have a physically abusive nightmare on your hands.

Forget joking around or trying to make this person laugh. They are typically easily offended by any foolery. Remember, this person is very insecure, and they take themselves too seriously.

12. They’re A Different Person with Friends Than with You

When you’re out with your friends, your partner is the life of the party. They may laugh, tell jokes, and act like the best person ever. However, when you’re alone, you see a vastly different side that no one else sees.

Some people are awkward, reserved, and sit in stony silence when they’re out in a crowd on the flip side. They feel emotionally insecure being in larger groups as they cannot control the situation. It’s also possible that they don’t like a position where they’re not the center of attention. 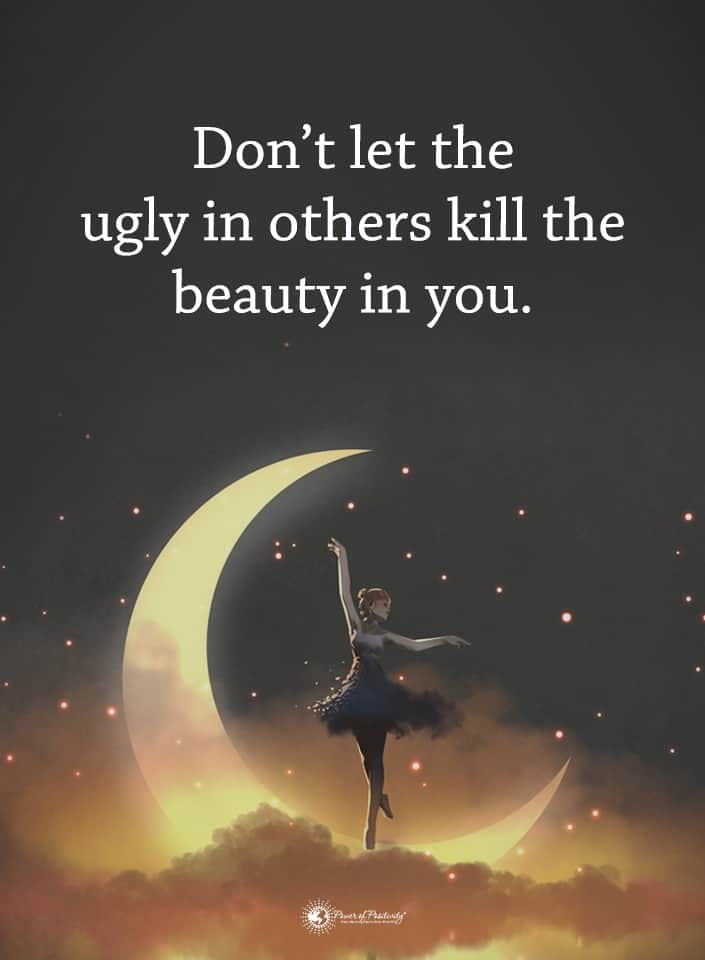 Toxic jealousy stems from a deep-rooted issue that needs intensive treatment. In most cases, you will find someone who has a grudge against the past and is taking out their frustrations and insecurities on you. The longer you stay in this toxic relationship, the worse things will become.

Usually, these personality types escalate as their insecurities and fears mount. Mainly, they are insecure about you leaving them behind and finding someone new. Toxic jealousy is challenging to deal with daily, and you don’t have to live this way anymore. You must love yourself enough to leave.