Maybe, as you clicked on this article, you began wondering, “Why on earth would someone become an abusive person?” We’ll talk more about the characteristics of the abusive person later in the article.

First, who do you think of when you hear the word “abuse”? Do you think of a child? Some poor, helpless animal? An elderly person?

What about the act of abuse itself? Do you picture an act of domestic violence?  Perhaps you think of bullying or of sexual harassment. Whatever your initial perception concerning the who’s and what’s of abuse, you’re probably at least partially correct.

Abuse can be defined as the infliction of emotional, psychological, or physical harm upon an innocent person or animal. Per the American Humane Society, the abuse of animals and humans is often mutually inclusive. In fact, 71 percent of domestic violence victims state that the abuser also abused pets, while nearly 90 percent of child abuse cases also involved the abuse of animals (1).

Abuse affects people of all ages, from newborns to the elderly. Victims of abuse can be found in any demographic, spanning socioeconomic strata, race, age, creed, color, and sex. Likewise, an abusive person can come from any income, sex, age, or race.

The Scope of Abuse

Unfortunately, both the scale and severity of abuse are probably worse than what you might imagine. Much worse. Additionally, there are many misconceptions surrounding abusive acts, abuse victims, and the abuser.

First, abuse often goes unreported. Victims of child abuse and domestic abuse, for example, fear additional – and often more severe – abuse. Second, we don’t always recognize abuse, even that which seems “obvious,” if only to the victim. In fact, occurrences of abuse often occur in social settings. They tend to involve the consumption of alcohol in the presence of peers or acquaintances. Studies show that, despite witnesses, rarely do people intervene on the abused person’s behalf.

Additionally, many can’t picture the abuse of a toddler, disabled person, or elderly individual whose life has been entrusted to caregivers. Yet, it happens, and probably more often than you think.

The types of abuse are wide in scope and include aggression (e.g. criminal activities, bullying), assault, privacy invasion, rape, silent harassment, libel, infliction of physical injury, sexual harassment, verbal abuse, inhumane acts, neglect, and others.  Indeed, abuse is as various as it is prevalent. Consider that Wikipedia cites 117 different types of abuse, from “abuse of authority” to “workplace abuse or workplace bullying” (1).

Sadly, in some places, abuse is not only legal and acceptable but encouraged. In some Middle Eastern countries, husbands, by the mere act of accusing their wife of some wrongdoing, can inflict physical punishment – with the nod of approval from their legal system. In other countries, abusers of children get away with it merely because they are the children’s biological parents. “Child abuse” is scantly defined in these nations, if at all.

The Effects of Abuse

Besides mental illness, victims of abuse may sustain short- and long-term physical injuries. Among the most common are scar and skin lesions in the physically abused, and malformation of the reproductive system in the sexually abused.

What makes an “Abusive Person?”

These are legitimate questions, the answers to which continue to confound the public. The field of adult psychology can explain some, but not all, of the underlying factors that contribute to abuse. The psychology of many abusive people, regardless of abuse type, shares some commonalities. These commonalities manifest into some predictable, typical behaviors.

Let’s look at 11 behaviors that reveal someone is an abusive person.

Most abusers are keen on manipulating the feelings of the victim. The abusive person manipulates feelings for any number of reasons – from experiencing guilt and regret, to achieving some sort of twisted satisfaction. Motivations aside, the victim often feels disrespected, mistreated, and manipulated.

If the abusive person is a skilled manipulator, they may cause the victim to experience confounding emotions, like guilt or shame for something they did “wrong.”

2. They openly disparage the victim.

While it is quite rare for the abusive person to commit a blatant act of abuse openly, most will purposely disparage and humiliate the victim in front of others. As we’ll talk about later, most abusers need to feel a sense of control over the victim. Openly insulting or otherwise berating the victim provides – at least temporarily – a twisted sense of control the abuser desperately needs.

3. They exploit their power.

People with abusive tendencies are all typically all too eager to show off power. Many times, when we hear of the abuse of power, some person has also been abused. In worst-case scenarios, the abused may die. Consider the 2011 case of Zheng Xiaoyu, the former “food and drug safety czar” of China. Mr. Xiaoyu bankrolled over $850,000 in bribe money from drug companies with sub-standard quality products. These drugs were ultimately linked to the death of several Chinese citizens (3).

4. They are control freaks.

Control is all about gaining and keeping power over a person or group of people. Abusive people may also desire control out of insecurity. We see this in domestic violence cases, when men beat their wives and accuse them of cheating – usually with no evidence. Controlling behavior may be accompanied by emotional or physical abuse (4).

5. They go off the rails easily.

Emotional instability results from lacking emotional intelligence. If a person quickly becomes angry for no good reason – and directs that anger onto their partner or a child or animal – it is a potential sign that he or she is an abusive person.

6. They are very critical.

A loving relationship involves the appreciation and adoration of a person regardless of their faults. Verbal abuse of any kind has no place in a relationship. Relatedly, verbally admonishing one’s partner for mental or physical “faults” is strongly indicative of an abusive relationship – and an abusive person.

It isn’t normal to always be apologizing to one’s romantic partner. An abusive person with a guilty conscience is seemingly always apologizing for their latest screw-up. Prolific apologizing is most common early in the relationship, but it can carry on into later phases, especially if the abuser fears separation.

We all know that romantic relationships involve closeness and intimacy. But there’s intimacy, and then there’s flat-out stalking. Oh, and some abusive people will show this type of creepy behavior before you’ve even introduced them to the folks. Don’t let it happen, for as soon as you do, they’ve “got” you – or at least that’s what they think.

Gaslighting is defined as “a form of emotional abuse in which your partner leads you to mistrust your own interpretations of reality (5).” The abusive person will gaslight to let themselves off the hook. They do so by sowing seeds of self-doubt in the victim. Look out for statements like “You’re too sensitive” or “You always do this.” 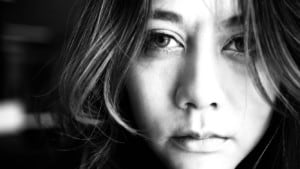 Most abusive people are sane people. As such, part of them understands that they can’t exhibit their abusive tendencies without first gaining your trust. To gain this trust, many abusers give off a charming and (almost) innocent-like demeanor. That is until you’ve fulfilled their need and they have no further use for you.

11. They always need something.

The abusive person has a deep-seeded sense of insecurity and helplessness. As “tough” as they may appear on the outside, abusers quickly become victims in the sense that they “need” others to do things out of fear that they’re incapable. Not too many people are willing to lend a hand to someone once their trust has been violated. This need for others may be the abuser’s greatest weakness – and possibly the potential victim’s greatest asset. Make it clear that you’re not helping anymore, and the self-serving abusive person may just leave you alone.

After all, they don’t care about you. Not really.

Abuse of a person or animal is a very serious offense in the United States. If you or someone you know if being abused, and you aren’t sure about contacting law enforcement, please call or visit the website of one of the following organizations below:

– (Animal abuse): Contact your local law enforcement agency or People for the Ethical Treatment of Animals (PETA) at 757-622-7382

If you live somewhere other than the United States, search Google for local or national help agencies. Make sure that any organization you contact explicitly states that all communication is confidential unless you state otherwise.