When a child is born into a stable environment, not a toxic family environment, science shows that they are far less likely to suffer from long-term stress and anxiety. Dr. Gail Gross, a child psychologist, says:

“…children raised in a stable environment, your child will have less anxiety and a higher threshold of security.”

This “higher threshold of security” is necessary for the child to acquire a sense of self-esteem and confidence. As a result, this strong foundation of character allows the child to become self-sufficient, independent, and self-actualized. In short, a quality family life sets the child up for happiness.

In contrast, when a child is exposed to a toxic environment, they are far more likely to develop problems with academics, behavior, impulse control, as well as social life. These behaviors are, sadly, deeply entrenched; behavioral byproducts of a brain exposed continuously to the stress hormone cortisol.

In many respects, early childhood years are when an individual becomes “programmed.” Actually, the first five years of life greatly shape the adults they eventually become. The Raising Children Network of Australia states:

“In the first five years of life, your child’s brain develops more and faster than at any other time in his or her life. Your child’s early experiences – the things he sees, hears, touches, smells and tastes – stimulate (the) brain, creating millions of connections … the experiences shape the adults they will become.”

Relating to this article, we can summarize the relevance of the abovementioned as follows:

– The brain undergoes a rapid period of development during childhood.
– The first five years of life are critical to skills necessary to be a healthy adult.
– Behavioral, cognitive, emotional, and social aptitude on display during adulthood are reflections of lessons learned during childhood.

Let’s now segue to the main topic of the article.

Here are 5 possible behaviors of an adult who had a toxic family environment growing up:

Toxic family environments often involve some degree of manipulation between two or more members of the family. Manipulation, when it comes down to it, is a form of emotional abuse. Continuous exposure to emotional abuse can make one fearful; in this case, fear is manifesting itself in the form of avoidance behavior. 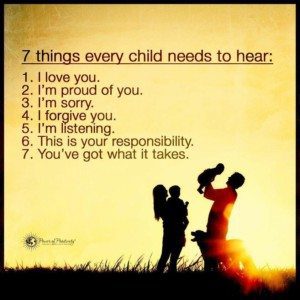 Abraham Maslow, creator of Maslow’s Hierarchy of Needs, lists “esteem” as one of five critical human elements, along with physiological (food/water), safety (shelter and protection), love and belonging, and self-actualization.

It can be argued that safety, along with love and belonging, have a profound impact on one’s self-esteem. Further, according to Maslow, without a sense of esteem, one likely will not realize or fulfill their potential and talents.

When someone is raised in an atmosphere where trust is absent, it can certainly affect their ability to exercise it later in life. Children learn from what they see and hear – and if what they see and hear is pervasive mistrust – why should they put themselves in a position that they perceive as highly vulnerable?

If the person does not lower his guard, it will become tough to form and maintain healthy relationships.

Per a study published by Texan’s Woman’s University:

Adults raised in dysfunctional families frequently report difficulties forming and maintaining intimate relationships, maintaining positive self-esteem, and trusting others; they fear a loss of control and deny their feelings and reality.

When raised in a toxic family environment, it becomes almost impossible for the child to see past that which is going on in their home. If what they see is abuse, mistreatment, and neglect, they’ll have trouble letting people get close to them. Usually, these difficulties with interpersonal communications are born out of fear and insecurity.