One of the greatest obstacles that boys face when they begin dating is the fear of awkwardness. This fear often prevents many young men from approaching women they are attracted to. If this fear is left unchecked and is ignored, it can lead to a massive loss of confidence and can prevent you from creating meaningful relationships in the future. Nobody wants that!

Don’t worry though, because nearly everyone goes through this at some point or another. Even the vibrantly confident dandies and philanderers at some point, more often than not, have had to overcome fear of being awkward. Eliminating this feeling while dating isn’t rocket science and there is a wealth of information and advice out there for you, so there’s no need to fear. Keep in mind the tips below, and you’ll go from Poindexter to Casanova in no time!

Here are 4 tips for guys who feel socially awkward on dates:

One of the greatest and most awkward mistakes a young man can make while dating is trying to be what he is not. While on a date, especially a first date, you need to present an authentic image of yourself, flaws and all. If you are pretending too much, your date will immediately sniff out this lack of authenticity, and your first date with her will surely be your last. Being yourself, and ditching the facade will, more often than not, keep you from being socially awkward. Take some advice from perhaps the greatest self-help author of all time, Dale Carnegie, “you can sing only what you are. You can paint only what you are. You must be what your experiences, your environment, and your heredity have made you. For better or for worse, you must play your own little instrument in the orchestra of life.”

Many people who feel socially awkward have a tendency to talk too much. The more you talk, the higher the chance you will say something silly and embarrass yourself and your date. Instead of blabbing on and on about yourself, try showing some genuine interest in your date. She will appreciate this, and it will allow you to learn more about her. The more you learn about your date, the easier it is to carry on a conversation. It will also help you to find common interests, so you can start to create a real bond. Be aware of talking too much, though. Attempting to fill every silence with your words will increase your feelings of awkwardness and make you appear self-centered. Stef Harder says, “Self-centered people have only one topic to talk about…themselves.” Don’t be the guy that always talks about himself. Practicing your listening and watch the awkwardness slip away.

Countless studies have been made into social acuity and its effect on relationships. A popular Harvard study defines social acuity as “the ability and inclination to perceive the psychological state of others and act accordingly”. This is basically the opposite of awkwardness. For instance, if you are talking about something and your date starts to look around the room or shift their attention away from you, then change the subject to something more interesting to them. If you said something to your date that made her feel a little uncomfortable, avoid that subject altogether. Although it may sound difficult in the beginning, practicing social acuity eventually just becomes part of your personality in a positive way. As you focus your energy on them and start to pay less attention to the voice inside your head, your tendency of being socially awkward will disappear. 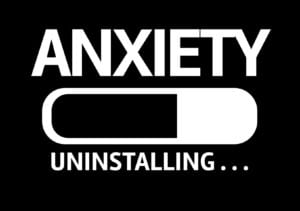 It almost goes without saying, but confidence is arguably the most important key to avoiding awkwardness. A person lacking confidence is bound to create awkward situations, especially during a date. It’s easy to simply say “just be more confident,” but things aren’t always that easy. There are countless ways to build self confidence, so keep yourself open to all avenues. One of the greatest keys to confidence in the dating world is imagining the worst thing that could possibly happen during the date, and mentally accepting that. Imagining and accepting these extreme possibilities strengthens your psyche and lets you approach your date with a more carefree and easy going attitude.

While the tendency to be awkward plagues many young men as they begin dating, you don’t have to be one of them. Educating yourself is the first and most vital step to overcoming social issues. Having faith in yourself and maintaining a positive self-image is crucial not just in the dating world, but in life.
Keep these tips in mind, take it easy, and go out and enjoy yourself! After all, that’s one of the reasons we go on dates in the first place. Don’t let social problems turn dating into a fearful situation. Its supposed to be fun for both people! Cut loose, be yourself and have fun!