If you have ever pulled a tick off your skin, you know they are positively disgusting. Ticks are more than just gross, though; tick bites can actually be dangerous. In some situations, tick bites can even prove fatal. Because of this, it is important to know how to deal with tick bites properly.

What is a tick?

The tick belongs to the arachnid family and is an external parasite. It lives off the blood of other live organisms. Most commonly, it lives off mammals like dogs and humans, but it can live off birds and reptiles as well.

What are the risks?

The risks posed by a tick bite are substantial. Tick-borne diseases include: 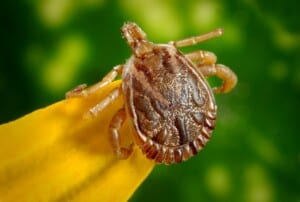 Lyme disease is perhaps the most feared of all tick-borne diseases. The bacteria of the deer tick is what causes Lyme disease. Early signs of Lyme disease caused by ticks include:

In the later stages of Lyme disease, sufferers may experience a persistent rash, inflammation of the eyes, and liver failure. In extreme cases, Lyme disease can lead to neurological problems or even death.

If you do contract Lyme disease from a tick bite, eating certain foods might help you recover more quickly.

Babesiosis is a serious infection of the red blood cells that is caused by tiny parasites called Babesia. Fortunately, this illness is treatable. However, its severity ranges from asymptomatic to potentially fatal.

Symptoms of babesiosis include:

In some instances, babesiosis can progress into an even more serious condition called hemolytic anemia. People with hemolytic anemia lose red blood cells faster than their bodies can replace them. Hemolytic anemia can be fatal, but it can be cured if doctors can identify and treat the underlying factors.

Ehrlichiosis is less severe than Lyme disease and is usually spread by the Lone Star tick. Symptoms usually develop within two weeks; the most common symptoms are fever, confusion, headache, and chills. If you develop these symptoms within two weeks of a tick bite or after visiting an area with a high tick population, visit your doctor.

Anaplasmosis, another tick-borne disease, usually manifests within two weeks of a tick bite. The symptoms of Anaplasmosis include fever, chills, muscle aches, and nausea. Anaplasmosis is treatable, most commonly with doxycycline, which is an antibiotic used to treat parasites and bacteria.

Tick-borne relapsing fever (TBRF) is pretty much what it sounds like: a bacterial infection characterized by recurring fever, muscle aches, headaches, and nausea. TBRF is usually treated by injecting two grams of ceftriaxone daily for one to two weeks.

Tularemia is one of the more serious conditions that tick bites can cause. Flu-like symptoms will usually develop within five days, but they can take as long as two weeks to manifest. Symptoms of tularemia are sudden fever, progressive weakness, muscle aches, and other flu-like symptoms. Tularemia is usually treated with antibiotics, but it will get progressively worse if left untreated.

The spotted rash is the most telltale sign of RMSF and is exhibited by at least 85% of people who contract the disease. If left untreated, a second rash, which is purple-red in color, develops and spreads toward the torso. This signals the disease’s progression and means the patient is at risk for meningitis, organ failure, and even death.

How to avoid tick bites

Most would agree that the best cure is prevention. You can help avoid tick bites by:

Covering as much of your skin as possible:

If you are going to be outdoors, cover as much of your body as you can. You should wear long pants and, if possible, long sleeves and tuck your pant legs into your socks.

Ticks do not fly or jump. Instead, they like to wait on the tops of tall grass, bushes, and shrubs and attach themselves to organisms that wander by.

Wearing a DEET repellent can stop ticks from feeding on you. However, there are health risks associated with DEET repellents, and so some states currently ban them.

Checking you and your family members after an outing:

Whenever you return from outdoor activity, check yourself and your loved ones to make sure you did not pick up any ticks. It is crucial that you do this as soon as possible. Strangely, you are extremely unlikely to contract any diseases until a tick has been on your body for 36 hours.

While it is preferable to avoid tick bites altogether, prevention is sometimes idealistic. Generally, bug bites simply have to run their course, but there are things you can do (and should not do) in terms of first aid for tick bites. 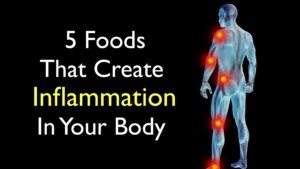 Dealing with the itch:

Bug bites are infuriatingly itchy, and tick bites are no exception. There are several good ways to deal with the itchiness associated with bug bites:

Applying cold compresses, like ice packs or crushed ice wrapped in a washcloth, will reduce inflammation and temporarily numb the area. Cold compresses can be slightly uncomfortable, but they are preferable to wanting to peel off your skin.