The buzz of the honeymoon phase in a relationship makes falling in love such a great feeling. But once this high fades and the relationship shifts, you could notice your man changing as well. But how will you know if he’s no longer into you? There are some telltale things that men do when they lose interest in a relationship:

10 Things Men Do When They Lose Interest in a Relationship

1. He takes a long time to respond to your messages.

There was a time when every message you sent to your man got an instant reply. Lately, however, he’s noticeably answering your messages without any sense of urgency even when you know he’s not tied up at work. He also doesn’t make any effort to call you back even if his phone registered five missed calls from you. Additionally, he doesn’t make any attempts to call or send messages to you first since you are always the one initiating it.

2. He stops planning your dates.

You got so used to him setting up your weekend dates that all you needed to do was anticipate what exciting things and surprises he had in store. But now, you are the one deciding your weekends together and it feels like he’s just tagging along. He doesn’t actively plan your dates anymore.

3. There’s no more passion in his kiss.

He used to make you feel positively weak in the knees because there was passion in the way he kissed you. But now that his feelings might have changed, his kisses feel different as well. The worst thing is that he kisses you like he’s kissing a cousin – with a peck on the cheek! What’s that about, right?

4. He bails on you and hangs out with his buddies.

You were practically together every night during the first few months of dating and he even made efforts to rearrange his schedule just so he could hang out with you. Now, he can afford to bail on you and spend his free time with his friends. When the honeymoon phase has passed, a relationship usually balances out, according to psychologist Randi Gunther via Psychology Today. Couples normally get back into their routines and disruptions, but there’s something off about a man who would rather spend time with his friends than his partner.

5. He openly flirts with other women.

Do you catch him looking at other women? Does he openly flirt with them even when he’s with you? A study revealed that while a man can still be attracted to other women, acting on this attraction even when he’s with someone could signal commitment problems. However, it’s one problem that can be resolved if you communicate your issues with your partner.

6. He doesn’t want to talk about your relationship.

He changes the topic when you bring up stuff about your relationship.  He’s not keen on defining your status at this point. His non-committal action might be his subtle way of telling you that he’s not ready to get serious with you.

7. He doesn’t talk about how his day went anymore.

You used to get blow-by-blow accounts of how his day went. You always knew what he was up to every minute of the day. You had his daily schedule pretty mapped out in your head because he would often send you photos of the interesting things he saw or did while you weren’t together. He would chat you up even when in a meeting or with other people. Now, you don’t even have a clue where he’s spending his time after work and he’s been awfully silent or vague about what he did for the day, aside from being in the office.

It seems like a chore for him now to freshen up and you are getting this feeling he is deliberately trying to repel you by skipping showers. He doesn’t make any effort to look good around you. This level of comfort might indicate a new phase in your relationship but it could also mean that the romance is dead. If he doesn’t care enough to impress you anymore, he might no longer be interested in other aspects of your relationship too.

Everyone has his or her good and bad days but when your man is always in a bad mood and doesn’t even make any apologies for his behavior, it might indicate dissatisfaction. When slightest hitches set him off, it could be that he is struggling with his feelings of needing to do the right thing for your relationship when what he really wants is different. It’s possible he would rather be someplace else than with you. 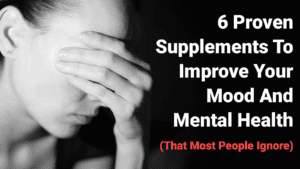 He gets into an argument with you for no reason. It’s either you’re getting under his skin or he’s pushing your buttons. His behavior makes you wonder if you should break up with him. But he could be deliberately spoiling for a fight so that he won’t come off as the bad guy when you do call it quits. This is actually a manipulation. From the outside, it might look like you drove him out of the relationship with your anger.

Despite positive thinking, it might be heartbreaking to realize that your man could be losing interest in your relationship. However, you can choose to see these signs as a positive wake-up call. It’s up to you to decide if you would like to stick it out and fight for this relationship or stop wasting your time.