A few fun icebreakers on the subject of body hair!

It turns out that your body hair can reveal quite a bit about your health, too.

Margaret E. Wierman, MD, a professor of medicine at the University of Colorado Medical Center, says that an increase in testosterone can cause excess hair growth. The condition, called hirsutism, evidences as a male pattern of hair growth that occurs in women. The term male-pattern is used to indicate “hair above the belly button, on the upper chest, or on the upper back,” says Wierman. Dr. Wierman states that having eight or more hair follicles around the female nipple is a potential indication of mild hirsutism.

A condition known as alopecia areata, or one or more areas of balding, is caused by a problematic immune system. While the state causes patches of baldness, it doesn’t appear to alter the appearance of the skin significantly. Medical experts are unsure as to what causes the hair follicles to go haywire but assure us that the condition usually goes away on its own without requiring medical intervention. Treatment options also exist to stimulate hair growth in areas affected by the temporary disorder.

When your thyroid – a butterfly-shaped gland resting in the front of your neck – produces either too many hormones (hyperthyroidism) or too few hormones (hypothyroidism), a bunch of health problems can arise. Either condition may cause hair loss. Additional symptoms, including fatigue, depression, and weight gain may also signal issues in Thyroidville. If you have any of these symptoms, you’ll want to do yourself a favor and get checked out.

Iron deficiency can cause all sorts of health troubles, with loss of hair being just one. Women in particular need to look for the signs of iron deficiency due to blood loss from heavy menstruation. These symptoms may include low energy and difficulty breathing. If your genetic makeup (more on this later) predisposes you to hair loss, iron deficiency can exacerbate the problem. The solution may involve something as simple as taking iron supplements, but you may want to get your iron levels tested first.

Your genetic makeup determines, to a large extent, the style of your body hair. Race is a clear example of genetic influence. If you’re Asian, you probably have less body hair than most people of every other race, especially compared to Hispanics and those of Middle Eastern descent. Also, the rate of hair loss is largely determined by the X chromosome. This means that your mother’s line more strongly influences the likelihood of balding than your father’s.

High levels of stress may cause alopecia areata which. As stated above, this is a (mostly temporary) autoimmune condition characterized by the immune system attacking the body’s hair follicles. In times of severe stress, a person may develop trichotillomania, causing them to compulsively tear at strands of hair, often to the point of pulling the hair out. Feelings of depression, isolation, and loneliness may also contribute to the unfortunate condition, which may also link to perfectionist tendencies. 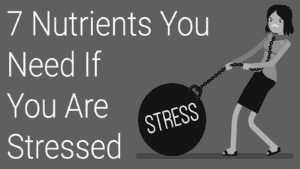 Most sadly, sudden and extreme hair loss may indicate a serious health problem. The very sudden and dramatic growth of body hair lasting longer than six months may mean a possible tumor. A tumor located in the adrenal gland or ovaries can release the male hormones testosterone and DHEAS, causing a severe hormonal imbalance.

Hair loss can be a frustrating and somewhat depressing time. If the research conducted for this article has revealed anything of value, it is this: your stress levels and diet matter. While you cannot control your genetics, you can manage these two factors. Also, make sure to visit your chosen medical health professional on at least an annual basis.

Finally, some natural supplements and whole foods may help curtail hair loss. Some ideas, according to Dr. Josh Axe, include:

– Bone broth: high in collagen, an abundant protein in hair, skin, and nails.

– Green tea: rich in antioxidants that may help hair growth

– Pumpkin seeds: high amounts of zinc, which is necessary for hair development