A miscarriage is a tragedy for expecting couples. As a friend or family member, it can be hard to see the toll that it takes on them.

It’s natural that you’ll want to do all you can to help them get through their grief, but you may not know what to do. Taking the advice of medical experts and therapists can help you with this.

By following some simple advice, you can help the couple get through their grief in one piece. Here is what therapists say will help a couple who have suffered a miscarriage.

6 Ways to Help Someone Grieving a Miscarriage

So, you’re not sure how to comfort your friends? Here are some tips on compassionate ways to show them your love. 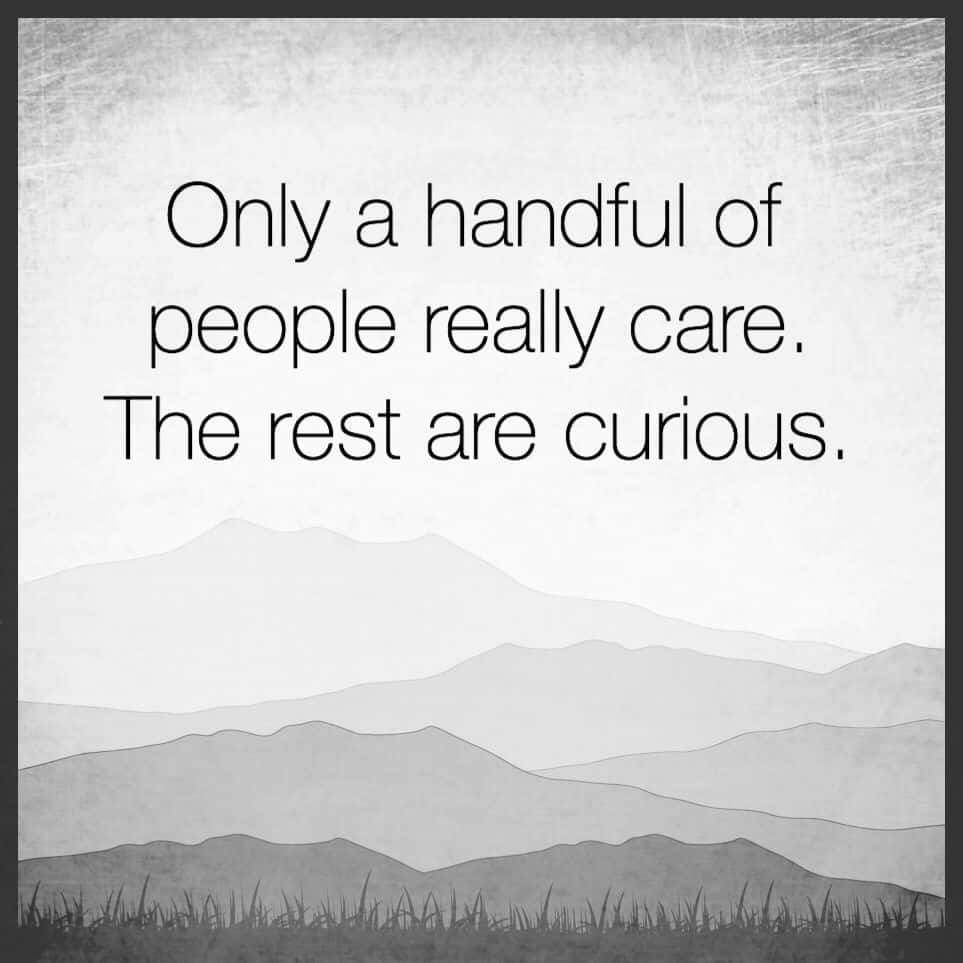 Many people often try to avoid talking about a miscarriage because they think it’s too hard for the couple to talk about it. While this is a noble idea, it’s not necessarily the right idea. Talking about grief is one of the best ways to get over it. Perhaps it could be that you don’t know what to say to the couple.

Not acknowledging the loss can make you seem that you don’t care how the couple is feeling. While this is probably the furthest thing from the truth, the couple is probably not thinking straight, and the couple may feel like you aren’t empathetic to the plight. A simple acknowledgment lets them know that you care about what they’re going through.

What you don’t want to do is pretend the incident didn’t happen. The couple is going through a real tragedy, and their grief is there. You don’t have to pretend to be a professional therapist – merely letting them know you’re there for them can be enough.

If you want to go a little more in-depth, or you feel that the couple needs to go a bit more in-depth, London-based psychotherapist Julia Bueno suggests saying something like, “Tell me your story. Start wherever you want.”

Not only does this let them know that you’re there for them, but it opens up the floor to allow them to express whatever they need to communicate. This leads to the next tip – listening.

Acknowledgment is the first step. When the couple is ready to talk, you should be prepared to listen. It could be just a few sentences they want to say, or it could be an entire speech. Either way, you should be ready to be the ears they need.

Listening doesn’t mean just “hearing” what they say. It shouldn’t be going in one ear and out the other. This means understanding their emotions, reacting to it, and being non-judgmental.

This last part – being non-judgmental – is where a lot of people go wrong. It’s not that they do it on purpose. Sometimes it can seem that you’re being helpful, and no one can blame you for that. After all, you’re not a therapist.

Avoid saying things like, “you were only X weeks along,” or “you’re young so that you can get pregnant again.” Not only is this judgmental, but it’s also insensitive. It’s like you’re telling them that their grief is unfounded.

Of course, you don’t mean any harm, but remember that the couple may not be in the most rational state of mind. They can take your comments and advice out of context and turn it into something that you didn’t mean.

After the acknowledgment, sometimes the best thing you can say is nothing. Allow the couple to do the talking, and you respond only when necessary. Just let them get their emotions out while being non-judgmental.

This may seem simple, but it’s especially important if the baby was lost early in the pregnancy. You don’t want to refer to the baby as “it”, or “the fetus”. Remember that to the couple. Their baby was a person, not a failed project.

If the couple had a name picked out for the baby already, use it. When you talk about the baby (which may not often be because you’re listening more than talking), talk as if the baby was already a part of everyone’s life. You may even realize that the baby was a more significant part of your life than you thought.

Just make sure you don’t make unfounded speculations. For example, don’t say something like “baby Sarah would have loved the color pink,” because you don’t know that. Just keep things simple and remember that the lost baby was just that–a baby. 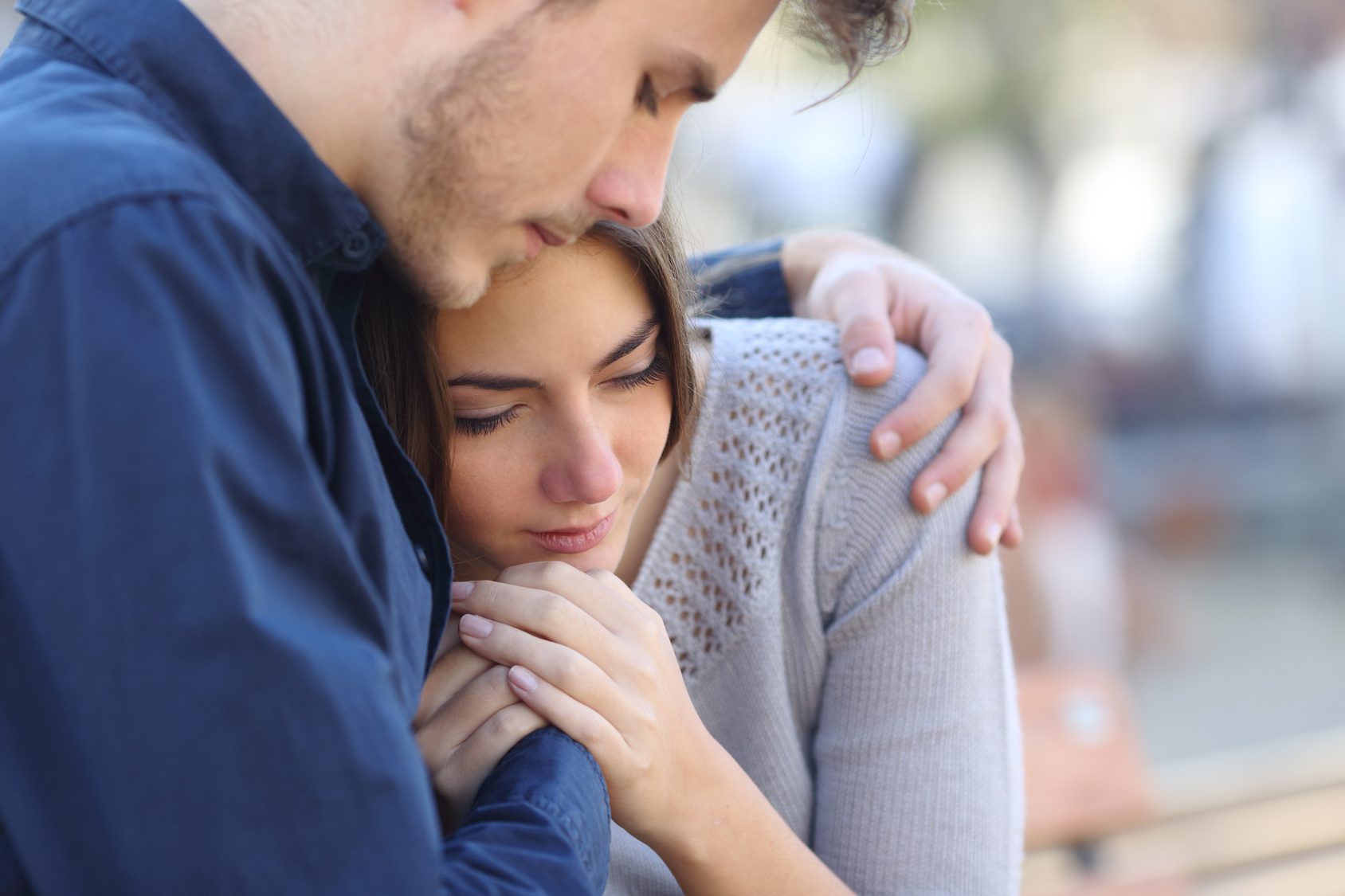 4 – Be prepared for erratic emotional responses.

A miscarriage can cause couples, especially the woman, to have erratic emotions and bizarre behaviors. Many times, the feelings aren’t entirely logical, but depressed people can have strange responses and reactions. Pair this with raging hormones and guilty feelings, and you have a couple that might be nuclear reactors waiting to explode.

You must understand that every couple is different, and there is no right or wrong way to react to such a tragedy. There is also no right or wrong length of time to respond to it. One couple may get over it in a week while another may take years.

It can be challenging as a friend or family member to deal with the ups and downs of an emotional couple, especially if they are expressing anger or frustration, but remember that you need to be there for them. The couple doesn’t mean to take it out on you. Intense emotions, paired with tragedy, can make people behave in ways they don’t mean to.

Another consideration is that one partner may be reacting differently than the other partner. This happens more often than you think. In this case, it’s essential to be there for the partner that’s taking the miscarriage hard.

Women can often take a miscarriage harder than men. According to Rayna Markin, Ph.D., a licensed psychologist and associate professor at Villanova University, women can feel desperate, inadequate, embarrassed, or even have guilty feelings. A woman may need a lot of support to get over these feelings.

5 – Be willing to help with physical responses to grief.

The mind and body connect on a spiritual level. It makes sense that when the mind is in distress, so is the body. This can lead to a lot of physical ailments when couples are depressed over a miscarriage.

This means you must be empathetic to their emotions as well as their physical needs.

For women, they’ll already be dealing with the health-related physical ailments of the miscarriage. Their emotions can cause even more problems. These can include: